Delhi gangster who spread terror by putting up posters, held in Haryana

Delhi gangster who spread terror by putting up posters, held in Haryana

New Delhi: The Special Cell of Delhi Police has arrested gangster Ankit Gujjar and his accomplice Anil from Jhajjar in Haryana. The gangster is wanted by the police in eight murder cases.

Pramod Singh Kushwaha, DCP, Special Cell of Delhi Police, told Zee News that they had received an information that Ankit Gujjar was going to Jhajjar in Haryana.

The police reached Jhajjar and after chasing Ankit and his accomplice on car for several kilometers, they finally arrested the duo. Two pistols and cartridges were recovered from the accused.

In 2019, Ankit murdered a man named Vinod who was contesting against him in the elections for the village headman. They were both residents of Khaila village at Baghpat. 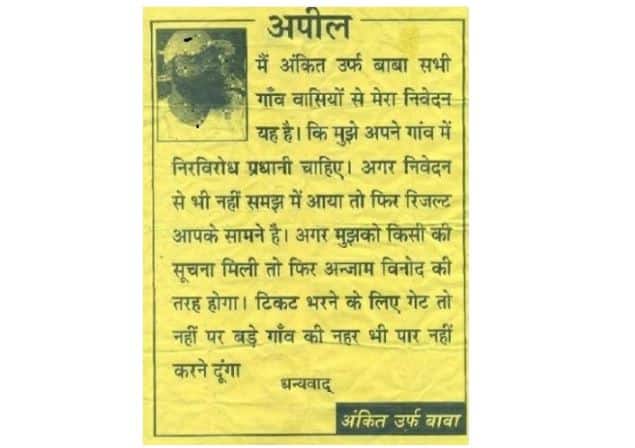 He had even put up a poster saying that to win the village headman election unopposed he would kill those who dared to contest against him.