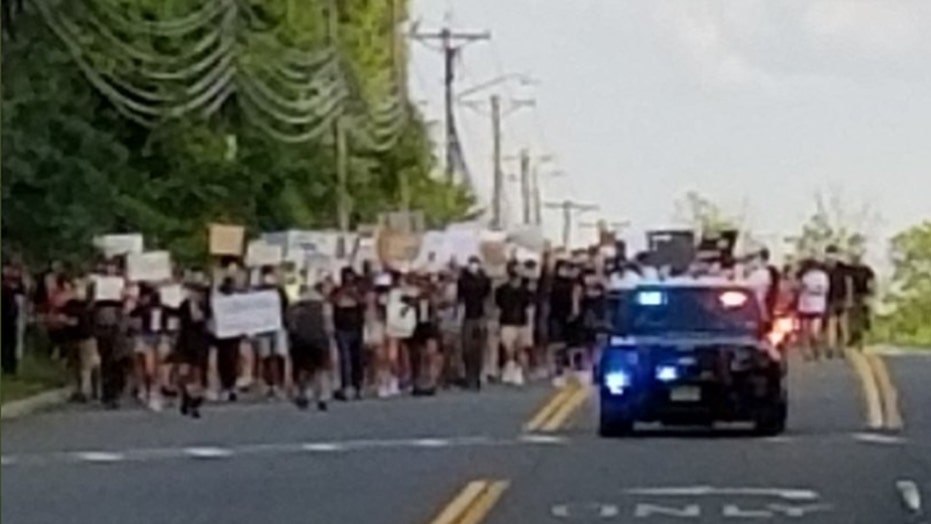 Three people were injured, one seriously, while marching in a Black Lives Matter protest in New Jersey on Friday when a deer bolted into the crowd of demonstrators, according to officials.

The South Brunswick Police Department said on Twitter the incident happened during Friday's "March for Justice," which began around 5 p.m. at South Brunswick High School.

As demonstrators marched along County Route 533, a deer ran from the high school property into the marchers, according to police.

A woman, 69, was transported to an area hospital after receiving a "serious head injury." 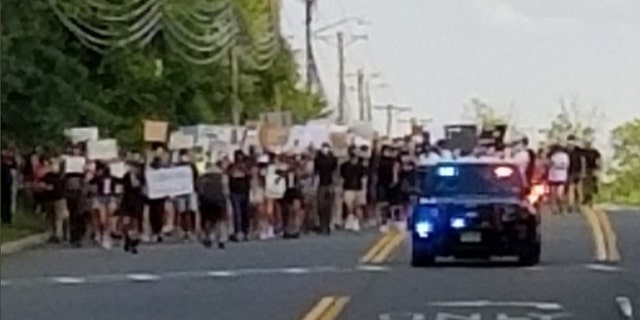 A woman was seriously injured after a deer ran into a group of Black Lives Matter demonstrators in New Jersey on Friday. (South Brunswick Police Department)

On Friday night, she was listed in intensive care but her condition "improved" as of Saturday, according to police.

"We continue to pray for her complete recovery," police tweeted.

Two other people who were injured when the deer ran into the crowd were treated at the scene. Officers working with the event provided medical aid until emergency medical services arrived.

Two people were treated for heat-related issues at the march and rally, FOX5 reported.

The peaceful demonstration drew some 1,000 people, with attendees holding signs that read, "We all bleed the same color," and "Stop killing us," according to mycentraljersey.com.

The Week in Business: The Second Wave Is Coming

The Week in Business: The Second Wave Is Coming