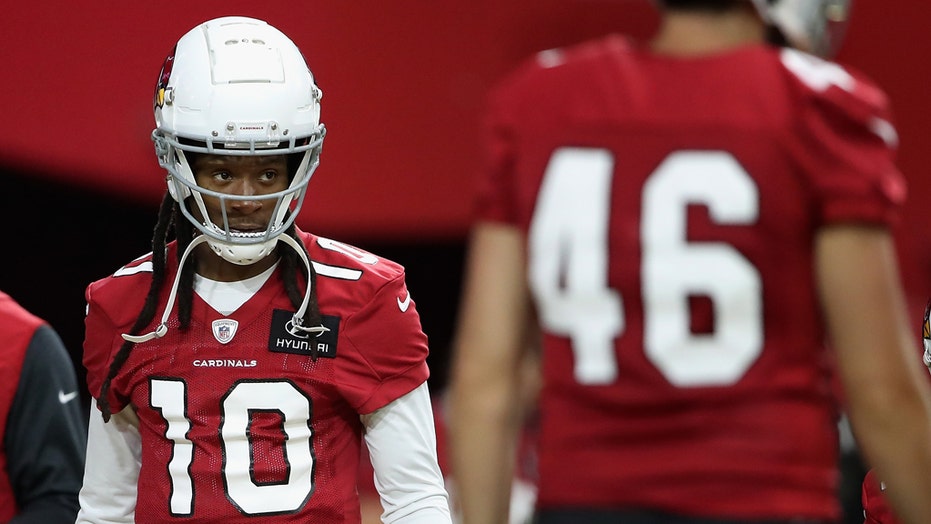 The 2020 season will be shaped as much by the summer's unrest as it is by the coronavirus pandemic; Kevin Corke reports.

DeAndre Hopkins appeared to shade his former team Thursday night hours after the Kansas City Chiefs defeated the Houston Texans in the first game of the 2020 season.

The Texans traded Hopkins to the Arizona Cardinals in the offseason. Hopkins is one of the top receivers in the league, and at times during Thursday night’s game it appeared Houston could have used him.

ARIZONA CARDINALS: WHAT TO KNOW ABOUT THE TEAM'S 2020 SEASON

The Chiefs won the game, 34-20. At one point, Kansas City had scored 31 unanswered points. David Johnson, one of the players involved in the Hopkins trade, scored a touchdown for the Texans. It was the first score of the 2020 NFL season.

Hopkins and the Cardinals play Sunday against the San Francisco 49ers. Hopkins has a new quarterback in Kyler Murray, who is entering his second season and won the NFL Offensive Rookie of the Year award in 2019.

Tom Brady eager to jump into the unknown with Buccaneers: ‘I want to go out there and play great’