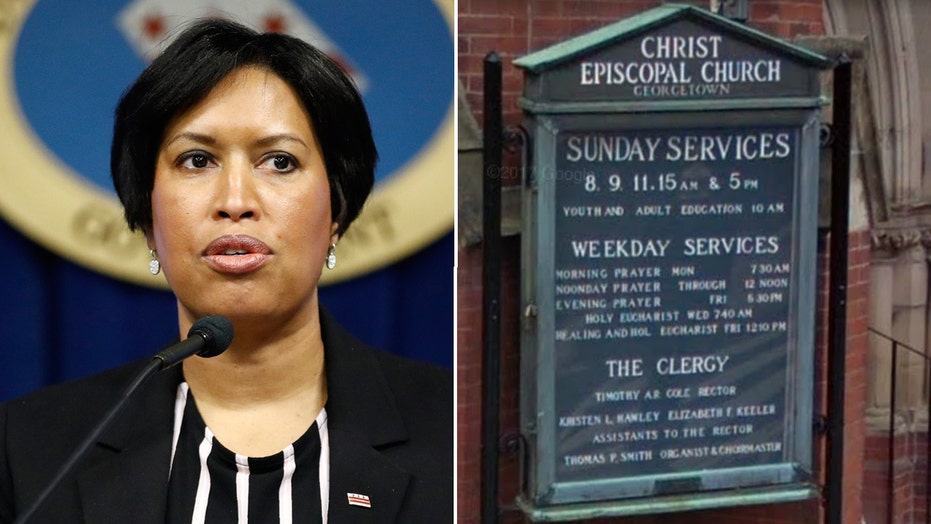 There are now more than 550 confirmed coronavirus cases in the U.S. and COVID-19 has claimed at least 26 lives; Jonathan Serrie reports from Atlanta.

Several hundred churchgoers at an Episcopal church in Washington, D.C. have been asked to self-quarantine after a reverend who gave Holy Communion and shook hands with parishioners tested positive for coronavirus.

The Rev. Tim Cole, the rector of Christ Church in Georgetown – and D.C.'s first coronavirus case – interacted with several congregants last weekend throughout multiple services because he thought he had recovered from the flu. It turns out it was the coronavirus, and it worsened, according to church officials.

Cole announced Sunday that he was "patient 1" and is in the hospital. Congregants have been told by D.C. Mayor Muriel Bowser to isolate themselves for 14 days, FOX 5 reports. 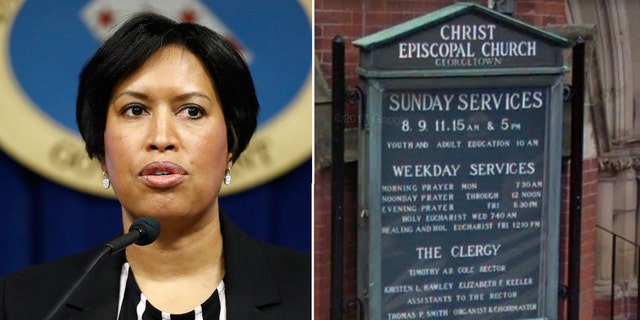 District of Columbia Mayor Muriel Bowser speaks at a news conference in Washington on Saturday, March 7, 2020, to announce the first presumptive positive case of coronavirus at Christ Church in Georgetown. (AP Photo/Patrick Semansky)

Late Monday, the district announced three more confirmed cases, including the organist/choirmaster who attended Christ Church and is at home feeling well "given the circumstances," according to the church's Facebook page.

Of the 550 parishioners in self-quarantine, at least one, Jim Cannon of Silver Spring, told The Washington Post he's not planning to quarantine and instead played golf with friends Monday in Reston, Va.

Christ Church Georgetown spokesman Rob Volmer said he thinks Cannon and any other churchgoers who don't self-quarantine are putting others at risk.

"Trying to prove a point. What point? That the mayor’s wrong and your doctor’s right? I just don’t think it’s worth the risk. It’s two weeks out of your life," Volmer told FOX 5. "Let’s put our community before our own needs at this point in time."

CATHOLIC CHURCH IN ROME CANCELS ALL MASSES, ANNOUNCES DAY OF FASTING AND PRAYER

Dr. Anjali Talwalkar of the Washington Health Department said Monday that "several hundred people were potentially impacted," explaining that those at risk of exposure are defined as coming within 6 feet of a person with active virus symptoms.

After a Conservative Political Action Conference (CPAC) attendee tested positive, several Republican members of Congress who were in contact with the infected person announced on Monday that they would self-quarantine.

At least two charter schools voluntarily closed Monday though there have been no reports or suspected cases linked to either.

The city's mayor said she is evaluating whether to declare a public health emergency, which would yield her more power than the average mayor since the district is a quasi-state.

“I don't believe that's where we are right now,” Bowser said.

As of Tuesday morning, there are at least 692 confirmed cases in the United States, with five in the district.

US servicemen killed in Iraq during mission against ISIS identified, were part of Marine Raider Battalion