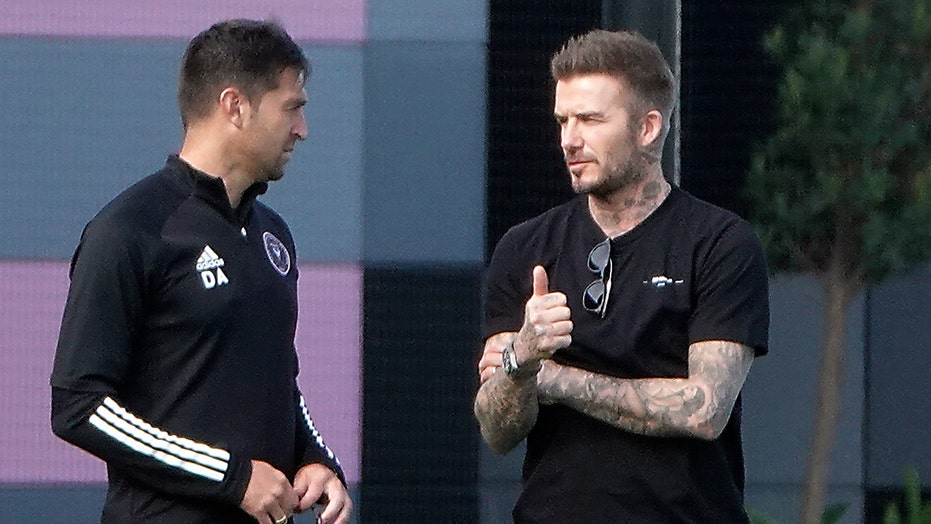 Inter Miami FC owner David Beckham has altered the club's logo in the wake of the coronavirus pandemic to encourage social distancing after the league announced last week that it intends to play a full season.

The team shared an image of its logo to Instagram with a small change used to highlight the recommendation of the Centers for Disease Control and Prevention to avoid large gatherings and stand six feet away from others to avoid possibly spreading COVID-19.

“As you may notice, we’ve separated our herons. The why is simple: we want to see you soon. But for that to happen we need to be smart, stay safe, and practice social distancing,” the post’s caption read.

The league announced earlier this month that they would be suspending the season for 30 days after several other leagues, including the NBA, NHL and MLB, announced that they too would be postponing the season.

But on Thursday the MLS committed to playing a full season.

"MLS remains focused on playing the entire 2020 season and is evaluating all options, including pushing back the end of the season and playing MLS Cup in December, as the league did prior to the 2019 season," the league said in a statement.

The league has set a target date of May 10 to resume play. Each team has played two matches in their 34-game, regular-season league schedule. The championship game had originally been scheduled for Nov. 7.