D’Andre Swift: 5 things to know about the 2020 NFL Draft prospect

D'Andre Swift: 5 things to know about the 2020 NFL Draft prospectclose 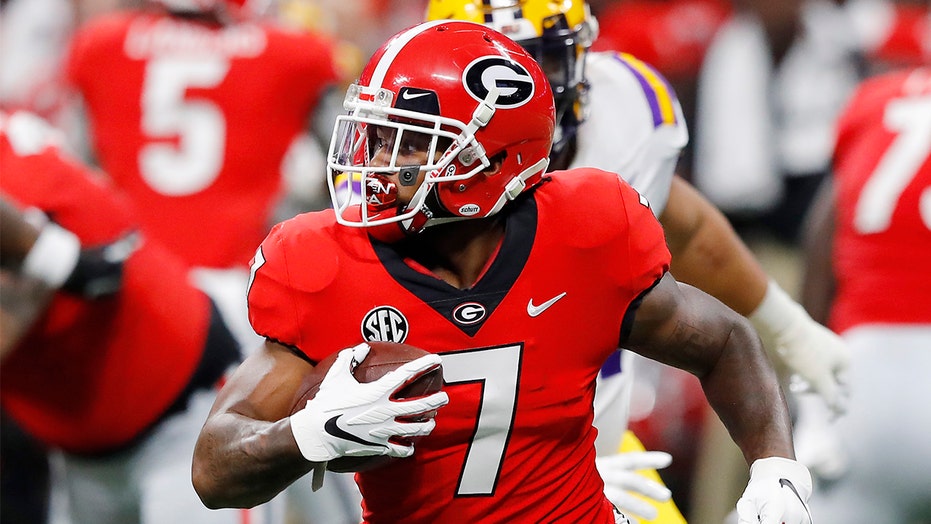 D’Andre Swift is a college running back for the Georgia Bulldogs who is looking to make the jump to the pros.

The NFL hopeful spent three years at the University of Georgia where he led his team in rushing as a sophomore in 2018 with 1,049 yards and 10 touchdowns on 163 carries after starting in five games.

Swift led the team in rushing the following season with over 1,000 yards despite battling a shoulder injury.

Here are five other things to know about Swift.

Swift, 21, was born in Philadelphia where he attended Saint Joseph’s Preparatory, where he would leave to go on and make the SEC All-Freshman team and be named Georgia's Co-Offensive Newcomer of the Year in 2017 with 618 rushing yards and three touchdowns.

Despite battling a shoulder injury towards the end of the season, Swift had a solid junior year which earned him first-team All-SEC honors. The shoulder injury is something to watch heading toward draft day.

Swift played in all 14 games in 2019, totaling 1,216 rushing yards and 7 touchdowns. The Bulldogs narrowly missed going to the national championship game and had to settle for the Sugar Bowl where they beat Baylor.

Swift could end up being drafted by the Miami Dolphins as they look to onboard running backs with one of their three first-round selections and two second-round picks. Miami has the Nos. 5, 18, 26, 39 and 56 picks in the first two rounds.