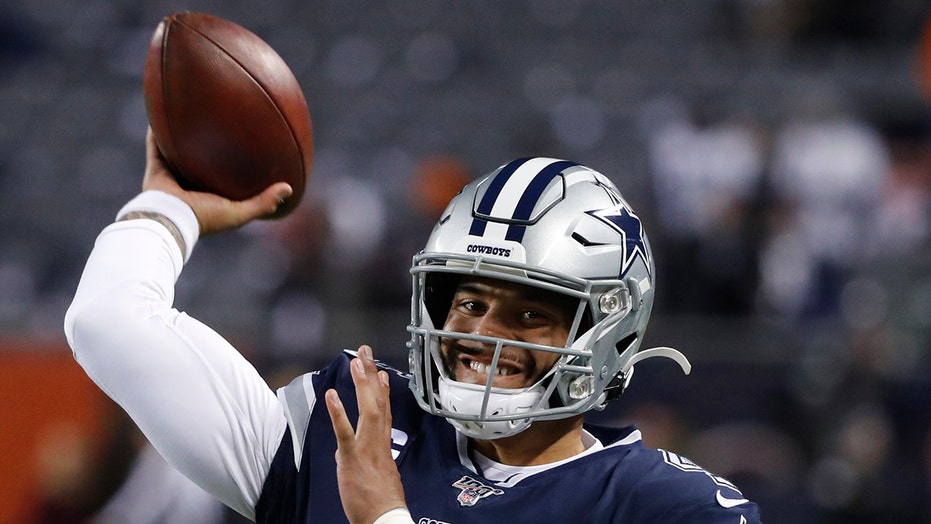 The Dallas Cowboys placed the exclusive franchise tag on quarterback Dak Prescott days before the NFL’s new league year is set to begin, when he would have become a free agent.

An exclusive franchise tag means a particular player must be offered a one-year contract worth no less than the average of the top five salaries at the player’s position or 120 percent of the player’s previous year’s salary, whichever is greater.

TOM BRADY'S DEPARTURE FROM PATRIOTS APPEARS IMMINENT AS NO DEAL FROM EITHER SIDE IN PLACE, NFL INSIDER SAYS

The exclusive franchise tag prevents another team from negotiating with Prescott.

The exclusive franchise tag for Prescott is worth around $33 million. A non-exclusive tag carried a $28 million price tag. Other teams could have signed Prescott to an offer sheet if they gave him the non-exclusive tag. The deadline for both parties to sign a long-term deal is July 15.

Prescott emerged as one of the top quarterbacks in the league last year. He had his best season in 2019, throwing for 4,902 yards and 30 touchdowns. But the Cowboys failed to make the playoffs.

The Cowboys quarterback said during Super Bowl Week in Miami Beach, Fla., that playing for Dallas has been a “blessing” and wasn’t worried about things out of his control.

“I control what I control. That’s everything I worry about,” he said. “When the time comes up, the time will come. It’s not anything I think about. Obviously, I’m blessed and very fortunate. I don’t play the game for that, but like I said, if it comes it will be a blessing.”

With Cease-Fire in Place, Syrians Return for Belongings, but Not to Stay

With Cease-Fire in Place, Syrians Return for Belongings, but Not to Stay