Cuomo bans gatherings of over 500 in New York over coronavirus, effectively closes Broadway

Cuomo bans gatherings of over 500 in New York over coronavirus, effectively closes Broadwayclose 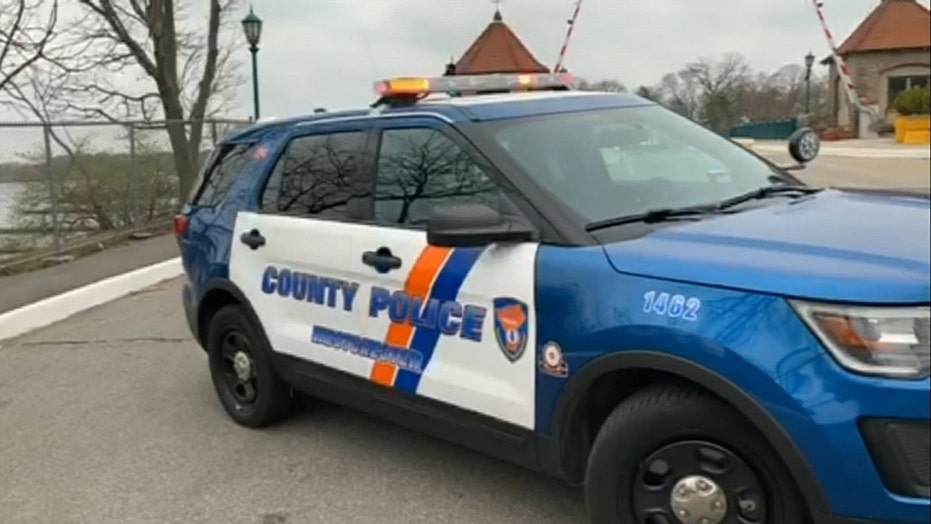 Raw video: Police cars are seen outside of Glen Island Park in New Rochelle, the rumored location of a mobile testing unit for coronavirus.

New York Gov. Andrew Cuomo on Thursday banned gatherings of more than 500 people throughout the state over the coronavirus, effectively turning off the lights on Manhattan’s famed Broadway just hours after Mayor Bill de Blasio said he hoped to keep the theaters open.

Cuomo said the sweeping proposal to slow down the spread of the COVID-19 virus will go into effect Friday at 5 p.m., but that the rules for Broadway will begin 5 p.m. Thursday.

“We are taking new actions to reduce the density of people across the state,” Cuomo announced on Twitter. “We must plan for every contingency & we are taking measures to create a reserve workforce of health care professionals in the event of a staffing shortage.”

The governor also said facilities with an occupancy of 500 or fewer will have their legal capacity reduced by 50 percent.

The Manhattan theaters were told about the new measures in advance and they agreed with government officials, Cuomo said. It was unclear whether all of Broadway would be canceling their shows or keep them running with a decreased occupancy. 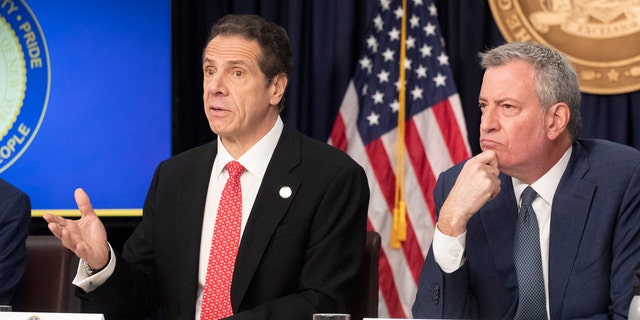 The city saw confirmed cases increase from 49 to at least 62 on Thursday, while the entire state saw a jump from 226 cases to at least 328.

Cuomo’s announcement comes just hours after de Blasio said he wanted “to keep as much normalcy in society as possible” by having public events such as Broadway shows to remain open.

“I don’t want to see Broadway go dark if we can avoid it,” de Blasio told CNN in a Thursday morning interview. “I want to see if we can strike some kind of balance.”

The mayor also said that he hopes to avoid drastic measures such as shutting the city’s entire public school system or its subways.

However, de Blasio later announced the closure of two public schools that share a building in the Bronx that will close for 24 hours because a student tested positive for COVID-19.

Later Thursday, New York’s Superintendent of Catholic Schools Michael J. Deegan announced that all Catholic elementary schools in the Archdiocese of New York would close from March 16 to March 20, with the possibility of an extension.

All Catholic high school athletic events and practices have been canceled indefinitely, the archdiocese said in a statement.

Other major U.S. cities have already enacted bans on large gatherings, with leaders in Seattle and San Francisco both announcing restrictions Wednesday to slow the spread of the infectious disease.

While widespread school closures have not been ordered in San Francisco, Seattle Public Schools Superintendent Denise Juneau said all schools would close for at least two weeks for its 53,000 students, calling it “an unprecedented situation.”

The new coronavirus causes only mild or moderate symptoms such as fever and cough for most people, but for some, especially older adults and people with existing health problems, it can cause more severe illness, including pneumonia.

There have been 36 virus-related deaths in the U.S. and at least 1,300 confirmed cases.