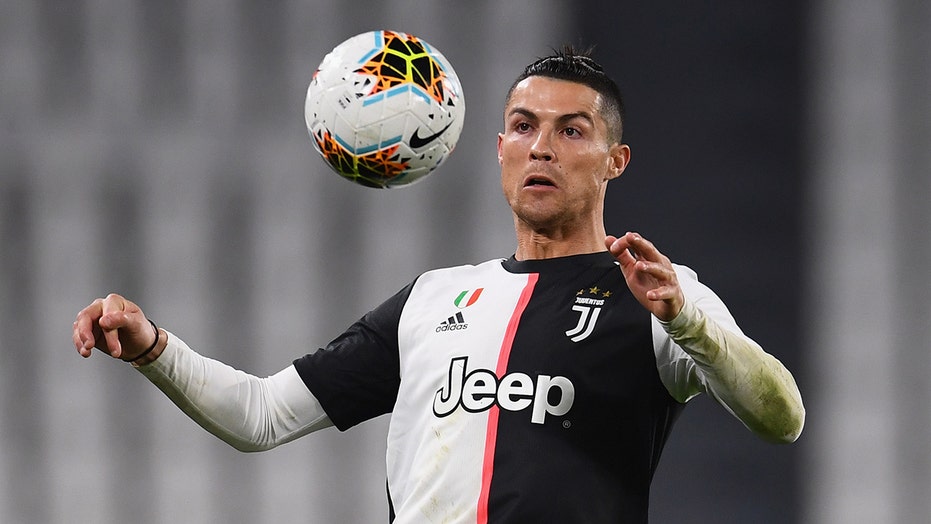 Ronaldo is the first celebrity who stands to gain from new Italian laws that cap taxes on income generated abroad at $117,000 a year; Amy Kellogg reports.

The coronavirus may have blocked adoring fans from greeting Cristiano Ronaldo and other soccer players in person, but it didn't stop the superstar from his gameday routine and a little humor.

The world's most famous player hopped off the Juventus bus, high-fived more than half a dozen nonexistent fans on his way to his latest match Sunday against Inter Milan in Turin, Italy, before acknowledging the hilarious moment with a cheeky smile.

The moment quickly went viral on social media as the game was played in an empty stadium due to the coronavirus outbreak in Italy, where more than 7,300 cases are confirmed and there have been at least 366 deaths.

The 35-year-old Portuguese player entered the match with an 11-game scoring streak, a tie for the league record, but he didn't find the back of the net Sunday.

However, the world's most famous Instagram influencer, with 206 million followers, did win the Internet with his show of love for the fans watching on TV.

"Close everything because we have a winner," one user wrote in Italian, sharing the video that has been viewed over 90 million times.

Then as soon as the final whistle blew, Ronaldo once again acknowledged his nowhere-to-be-seen fans with applause aimed at the empty seats in Allianz Stadium as his team won 2-0.

He added, "The teams to cheer are playing in our hospitals, in emergency rooms."

All major sporting events, including Serie A soccer matches, have been ordered to play without fans for a month as Europe tries to contain the worst outbreak it's seen of the virus that originated in China.

Why three senior Saudi princes have been silenced