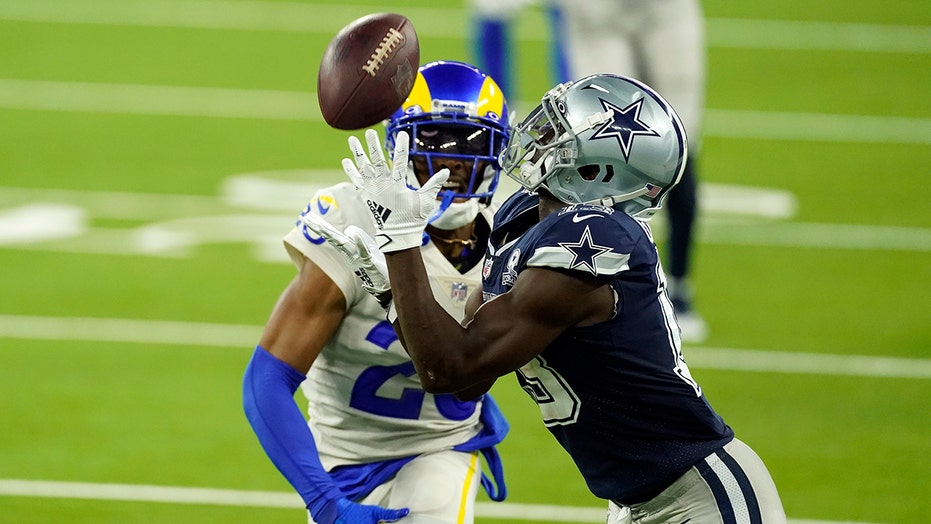 The Dallas Cowboys’ late comeback attempt against the Los Angeles Rams on Sunday night during their first game of the season was thwarted by an offensive pass interference call.

Cowboys wide receiver Michael Gallup had the penalty called on him while he was jostling for position with Rams cornerback Jalen Ramsey. Gallup caught the ball, which would have set Dallas up with great field position to either tie or win the game in the closing seconds.

Instead, the penalty was called, sparking an outcry among fans. Referee Tony Corrente defended the decision to throw the flag on the play.

“I can tell you it was clear and obvious on the field, of a hand into the opposing player,” Corrente said. “A full arm extension that created separation. In all situations that would be called. We're not going to allow that at any time of the game.”

Cowboys coach Mike McCarthy took issue with the timing of the call, according to ESPN.

“I was surprised there was a call either way,” he said. “Obviously I'm very disappointed in the call, especially that late. You don't see that at a critical part of the game.”

Ramsey thought it was the right call.

“If they hadn't have called that, I would have been really upset,” the veteran defensive back said. “That was clear as day, in my opinion.”

Gallup said after the game he didn’t think there was enough there to warrant a penalty.

“I guess I can see (I extended my arm) a little bit,” he said, according to USA Today. “I don’t think it was enough (to call).”