Cowboys’ Andy Dalton gets walloped as team loses to Washington

Cowboys' Andy Dalton gets walloped as team loses to Washingtonclose 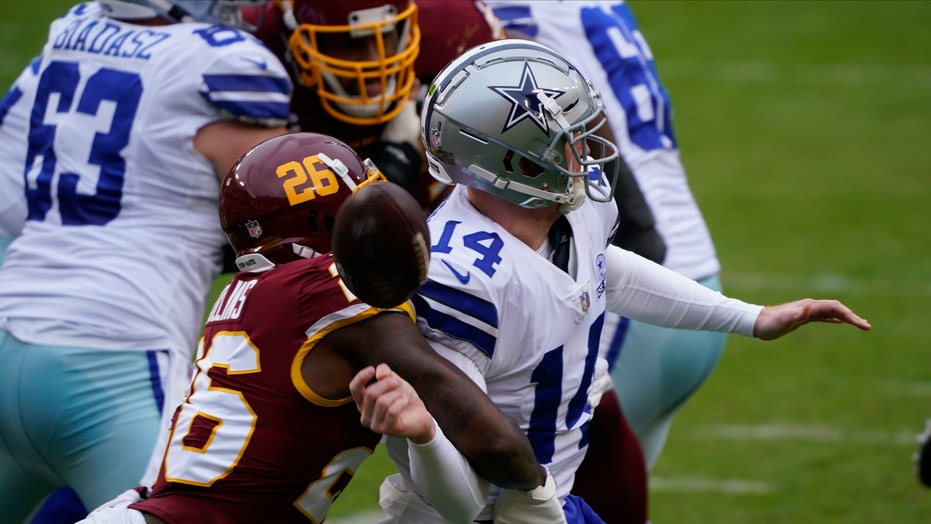 First, it was Dallas Cowboys’ starting quarterback Dak Prescott who went down with a season-ending injury. Then on Sunday afternoon against the Washington Football Team, backup Andy Dalton was injured in the third quarter and never returned.

Washington was led by its defense, which piled up six sacks to go along with an interception and a forced fumble that turned into a safety, in a dominating 25-3 victory over the Cowboys.

Dalton had his helmet knocked off by Washington linebacker Jon Bostic, who was ejected and a 15-yard penalty was called against, after he lowered his shoulder and hit a sliding Dalton in the head.

Ben DiNucci, a rookie from James Madison, replaced Dalton, who completed 9 of 19 passes for 75 yards with an interception before leaving the game.

Texas Democrats have some surprising allies in their bid for the State House: Republicans.