COVID-19: Some UAE residents make the most of their holidays on pause

DUBAI: Stuck in a foreign country with no definite return dates, many UAE residents are making the most of their prolonged stays overseas. While some have gone local, supporting communities on ground, others are trying to “do what they can, with what they have, where they are now”. Some have been away from their homes for almost two months, but have decided to “seize the day” instead of anguishing over the lost time.

Take 31-year-old Ukrainian UAE resident Lana Shevchenko. She travelled to Bali on March 15 and had planned to stay for two weeks. It was a business trip, but soon after she landed, she received a termination letter from her company. “The market has been challenging for several businesses,” says Lana, who wanted to get back home soon, but before she could change dates, Dubai suspended flights, and Ukraine closed borders for citizens as well. 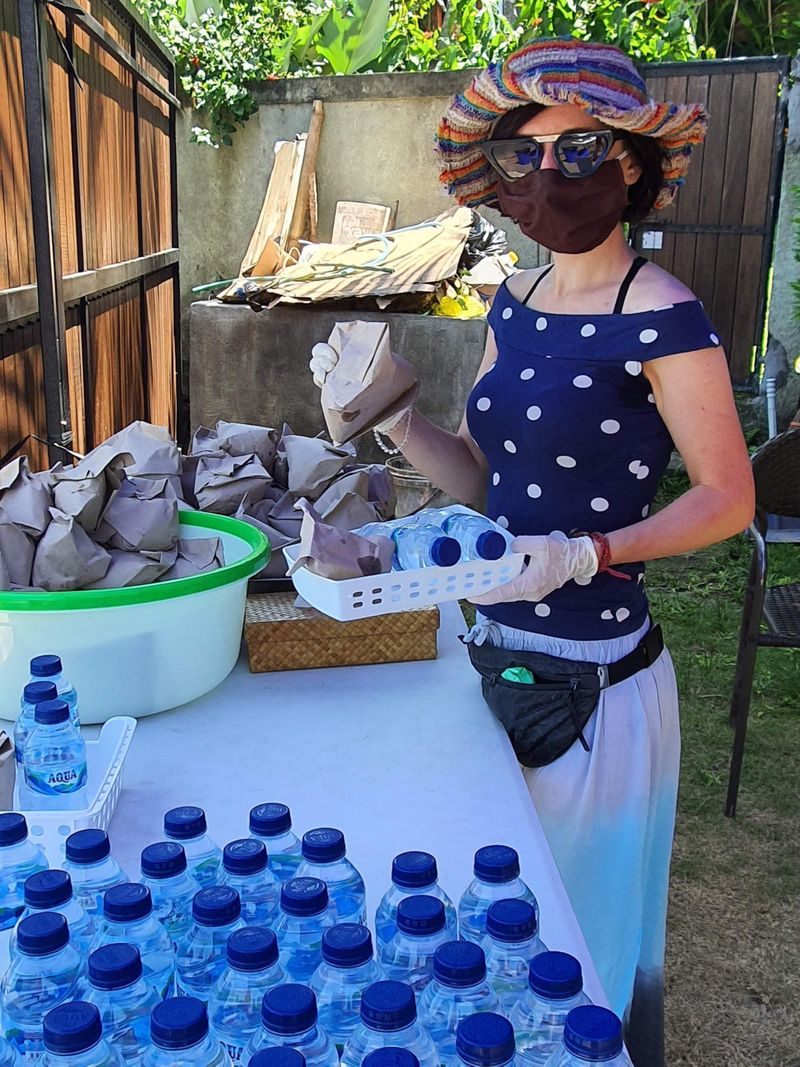 “I was limited with money, so the first thing was to plan a place to stay. Thanks to the Indonesian government, they kindly allowed tourists to stay here without fees for overstay. So, I found myself a backpackers’ hostel in Ubud and explored a bit of the island: rice fields, the Batur volcano, the Monkey Forest and local art markets,” she says.

Lana went through emotions of being jobless in a global crisis with bills to pay, but soon she found a new way to deal with it. “I decided not to panic and motivated myself to remain engaged. Indonesia is going through a huge crisis as their economy is based on tourism. I wanted to give back to the paradise island and started helping at a charity kitchen set up by another Australian traveller in his villa. We started prepping meals to feed 350 people daily and I was happy to help. It was like self-therapy for me.”

Lana has now moved to the Canggu island and shares a villa with another Columbian traveler. “I have a beautiful house with a view of the rice fields view, swimming pool and two red cats who live here.”

Her routine is built on the “bullet journal” method of planning. It’s visual and practical. “I have some parts of my routine which I split into weeks and daily tasks, and these include exploring the island like a local, writing a book, learning a new language, keeping fit, meditating, taking up art and thinking about launching a new project in the UAE market.”

There are moments when Lana has drifted into an adventure, like a trek up the Agung Volcano. “I went up 2,900 meters and it was a hard night of trekking but once we were there I saw the best sunrise in my life. I was sitting under the clouds drinking coffee that my guide made atop the volcano.”

Like Lana, British National, Rebecca Cox has been away from home in the UAE for more than two months now, stuck in Puglia in Italy. “I came here on March 1 to oversee renovations on our property and visit my parents,” says Rebecca. She has since been living in the countryside of Carovigno, which has been under many weeks of strict lockdown. 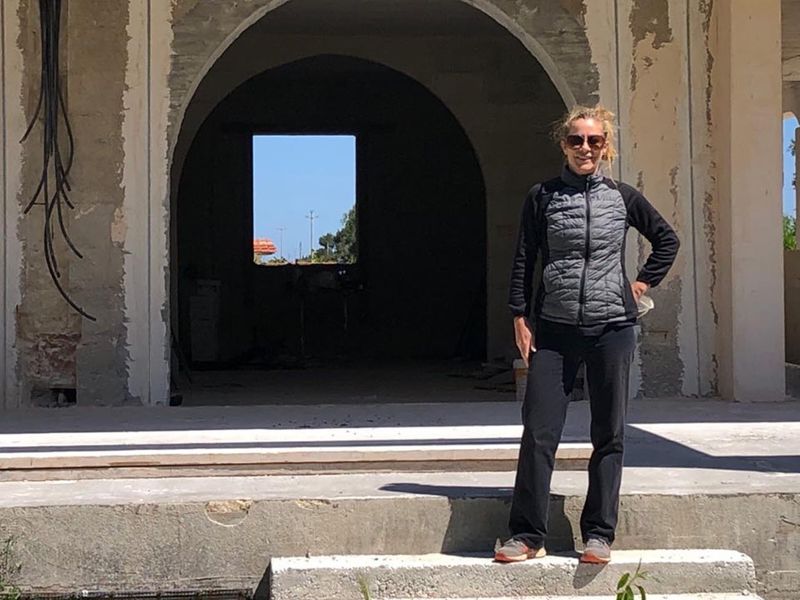 Rebecca has her husband and pets back in Dubai. “The separation is hard, but I have managed to remain optimistic. I’m able to go for runs, not too far from the house and have plenty of gardening to keep me busy. I’m also learning Italian. There is a real community spirit between ourselves and the neighbours, sharing food and baking cakes.”

Learning Italian from her 80-year old neighbours, Antonio and Theresa, has been a real treat for Rebecca. “They teach me a new language and I bake cakes for them. When the weather is bad, I walk in their olive grove, and when it’s good, I go for runs.” She has also been giving free Pilates lessons online and is waiting to finish work on her house that is being renovated for a Pilates retreat in Puglia from next year. “These are tough times, but I keep telling myself that there are people in much worse situations than myself.”

UAE resident and Egyptian-Jordanian national Heba Hashem went to the Maldives from Dubai on March 16 on a holiday with her partner. She has not been able to return. “As of today, May 4, we have been in the Maldives for 50 days. We don’t have a schedule. We go for breakfast, take a long walk along the beach, sometimes play snooker, and then go for a swim. We then browse the news and social media to see if there are any updates on the situation in the UAE, and have video calls with family and friends.” 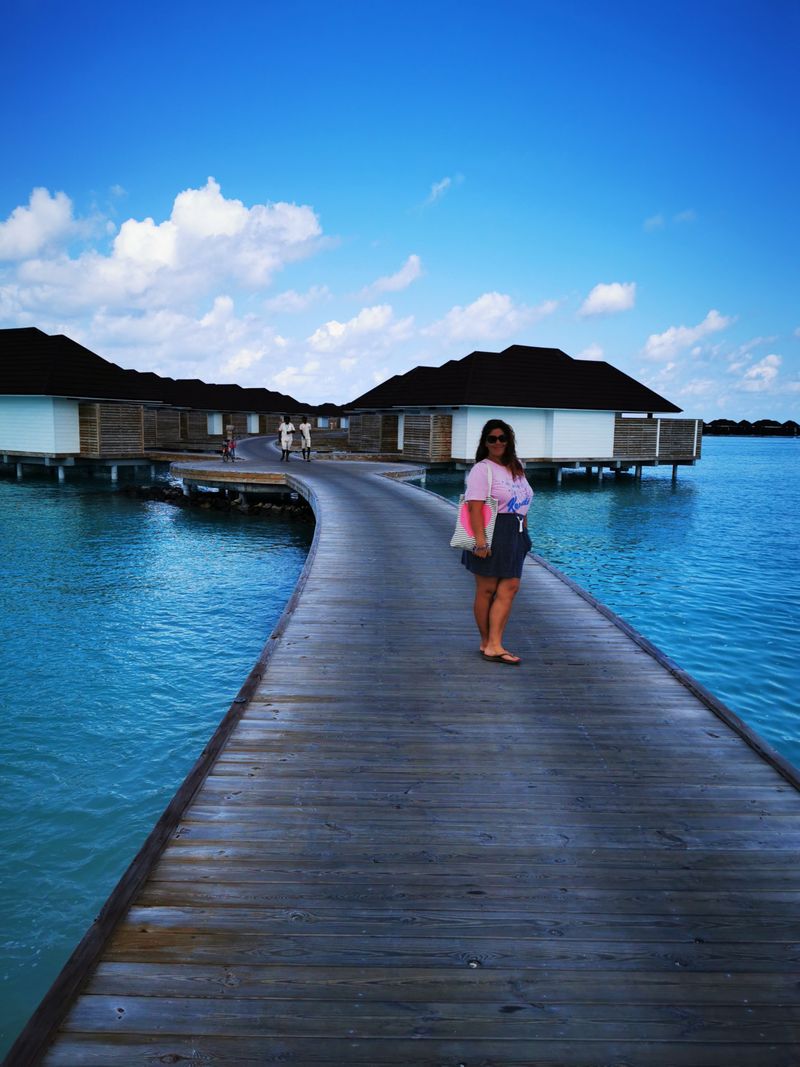 Heba and her partner now stay with the rest of the stranded tourists at Olhuveli Beach & Spa resort. While her holiday started with snorkelling with spinner dolphins, turtles and nurse sharks, experiences she treasures every moment, now at the island resort, there are only a few places where tourists can walk. “However, the night sky is stunning and full of stars – we’ve seen shooting stars more than once and we see manta rays and baby sharks below our overwater bungalow. You can never get tired of that if you appreciate nature.”

The wait has been a long one, she confesses and it gets tiring with every passing day. “I also miss my two dogs tremendously. But I must admit there is a thrill in having the sea right below you, being able to swim at any time and sleeping to the sound of waves.”

British National Peter Robinson agrees with Hashem that the experience of being stuck outside the UAE has been something akin to a “holiday on pause.” 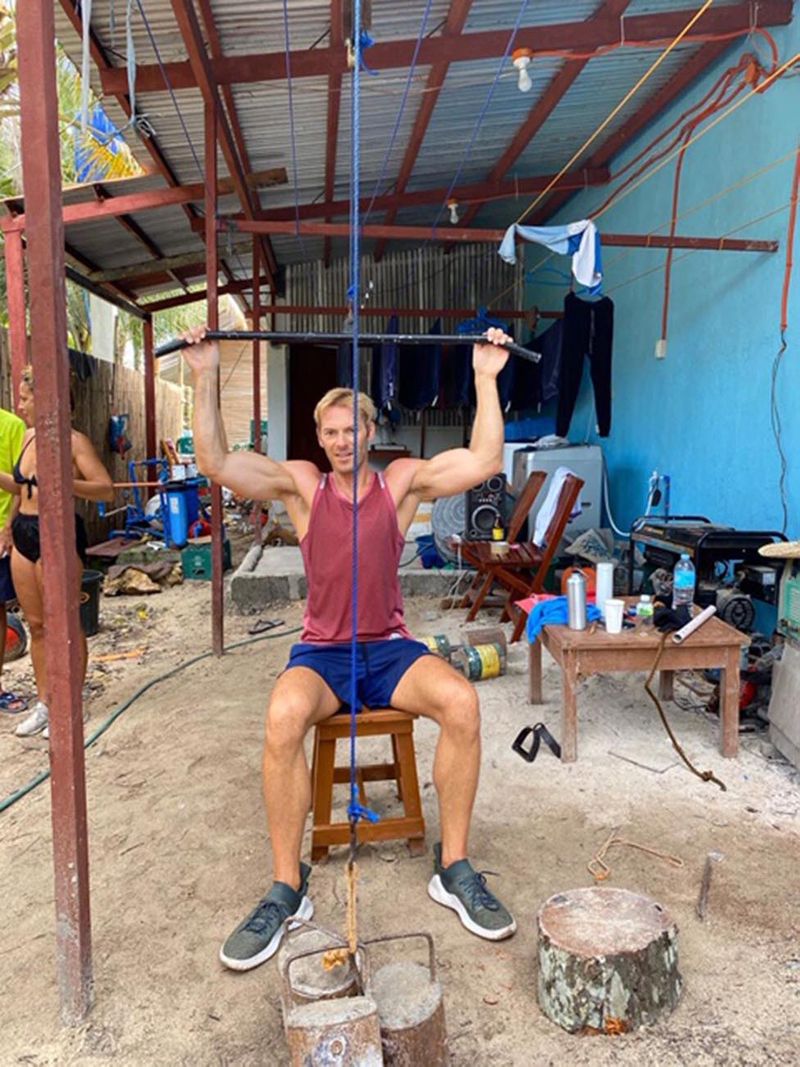 Robinson, a regional marketing director with a Danish Global Organisation, came to the tropical island of Siargao in the Philippines with his partner on March 13 and has since then called the island his home. They moved around four times, trying to find the right accommodation, and have finally settled in a small villa with six rooms and a kitchen to cook their own meals.

“The best thing about the whole situation is that we have formed a community with other travellers from all over the world who are here. We’ve known so many people now. Our evenings are spent over barbeques and dinners and we have begun to appreciate the company of each other.”

The island has some amazing beaches, but movement is still restricted for them. “I’ve had a jungle gym to work out and I double up as a fitness instructor sometimes. The rest of the day goes by going to the market, getting into remote work schedule and then in the evening cooking together with our friends and enjoying a beautiful sunset.”

Amid Israeli Blockade on Gaza, a Fishing Fleet Limps Along

An Israeli Schoolboy Died in the West Bank. To Find His Body, Foes Joined Forces.

How Iran’s Security Forces Use Ambulances to Suppress Protests

Lebanese Shepherds Accused of Spying Along Disputed Border With Israel