Coronavirus: You don’t need a permit during daytime in UAE

Dubai: People leaving their homes during daytime between 6am to 8pm in UAE don’t need permits, officials have clarified.

The UAE Ministry of Interior said that ‘Tajawal’ service, a permit that provides essential travel around the country during the national disinfection programme, is only for people who go out between 8pm and 6am.

A Dubai Police official said that people who go out during the day are not required to register for the service.

“The permits are only during the national disinfection programme between 8pm to 6am,” said the official. “People can log in to the Ministry of Interior website or through the smart application to get the permit. During the day people don’t need the permit,” the official added.

However, the permit issued during the national sterlisation program needs to be renewed everyday.

The permit includes movement throughout the emirates and within the same emirate. For inquiries about the permit people can call ministry of interior on 8005000 or 901.

As per the new resolution issued by the UAE Attorney General, people violating the national disinfection Programme curfew, will be fined Dh3,000. Fine excludes individuals purchasing essentials and working in vital sectors.

“People leaving their homes during announced curfew times will get a fine of Dh3,000, unless it is a necessary matter or they are from vital sectors who are exempted from the curfew,” said Al Redha. 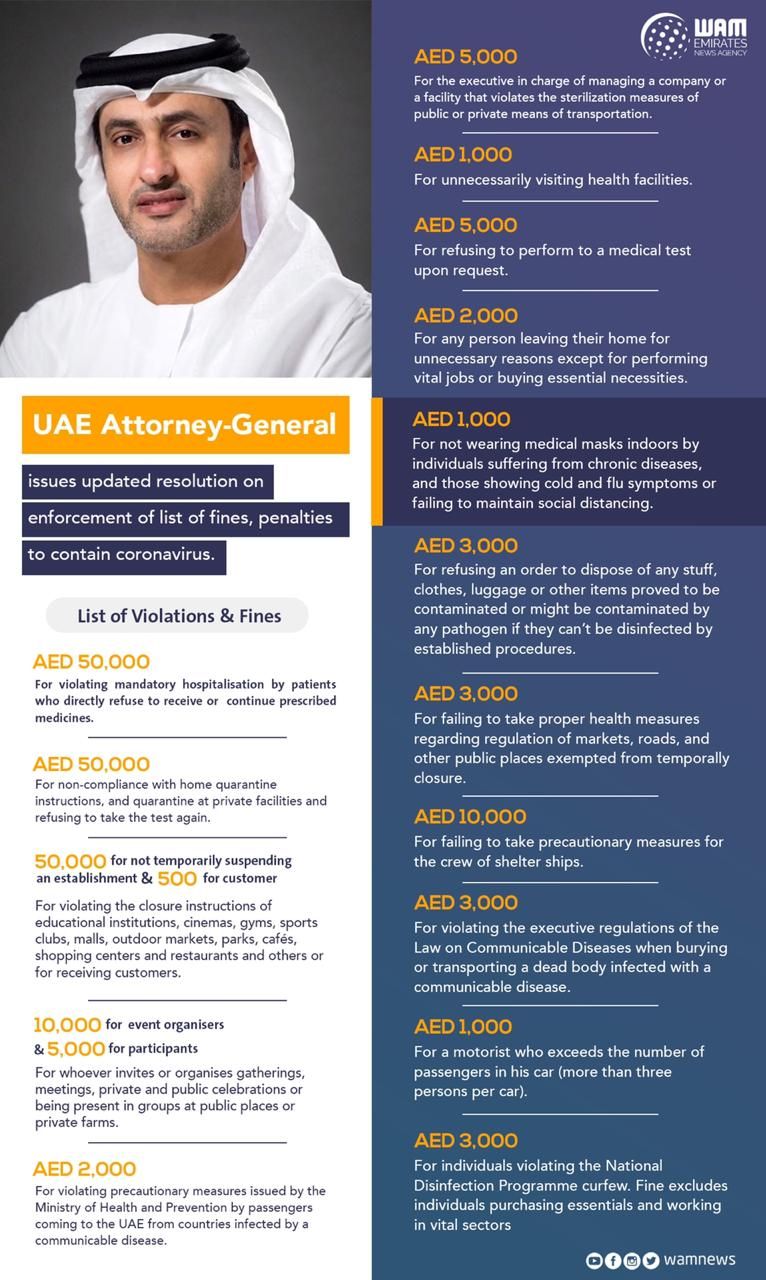 According to the circular people leaving their homes will also get a Dh2,000 fine unless it is to go for work or to buy basic necessities. According to officials, the fine is for people who insist on going out for non-essential matters like going to the beach and parks or gatherings in public areas and hanging about aimlessly.

Al Redha said that a violation will be issued if the violator refuses to respond to warnings and directives issued by law enforcement officers of the competent federal and local bodies. 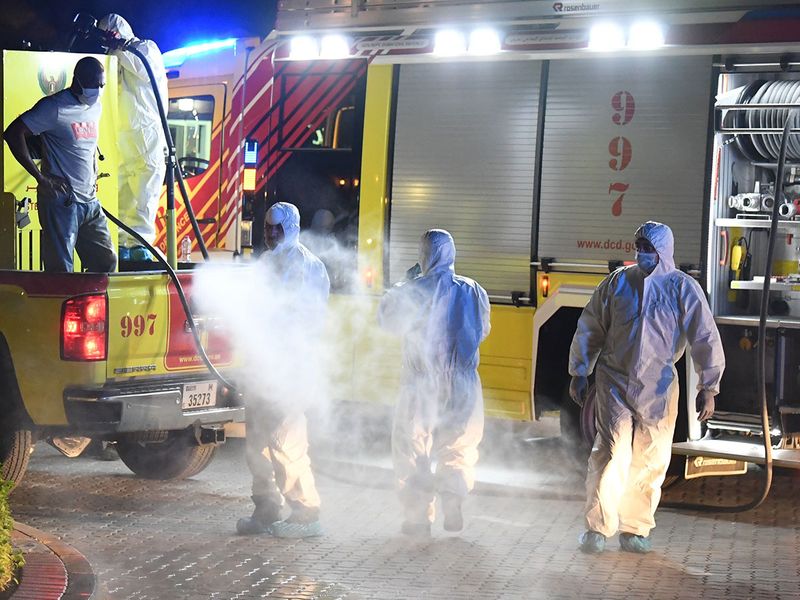 Municipal workers disinfect the streets of Dubai as a preventive measure against the spread of coronavirus. Image Credit: AFP
Previous Post

Tensions in Iran Spill Across the Border Into Iraq