DUBAI: Several nurseries in the UAE said they are in a tight spot over non-payment of fees following their closure to prevent the spread of coronavirus, even as parents claim it is unfair on the pre-schools’ part to charge them in the absence of classes.

All nurseries in the country have been shut since March 1, a day after the Ministry of Education issued a directive to this effect over concerns of the COVID-19 outbreak.

Nurseries in the UAE are shut for four weeks. Picture for illustrative purpose only Image Credit: Supplied

The overnight shutdown has meant that the fees for March remain unpaid in many cases as these nurseries collect fees on a monthly basis.

Savvy Kisani, who runs three nurseries in Dubai – British Berries in Satwa, Little Nest in Jafaliya and Little Kingdom in Mankhool – said, “We are suddenly finding ourselves in very uncertain times as 80 per cent of the parent community has not paid the fees for March. Some of them are threatening not to come back till September, after Ramadan and the summer break. How can we possibly survive? We have to pay our staff and our rentals — the landlords and banks don’t give us any extra time. We need all the support we can get from the authorities.” She said, “We have been very flexible with our fee model and could never have foreseen such a scenario. We were expecting new enrolments for Little Kingdom, our new nursery, and that is also in a limbo.”

Both Knowledge and Human Development Authority (KHDA) and Abu Dhabi Department of Education and Knowledge (ADEK), the education regulators in Dubai and Abu Dhabi have clarified that schools and nurseries should pay their staff in full and not refund any fees for the period that children don’t attend school.

“But what about cases where parents are not paying at all?” asked Kisani.

Some nurseries have come up with a compromise formula

At Oakfield Early Learning Centre, Jumeirah Lake Towers, for example, managing director Vineet Mohan said, “We’ve got no revenue coming in but we have fixed costs like salaries and rents to pay. We are responsible for a lot of staff and can’t possibly not pay them as they have families to run.” 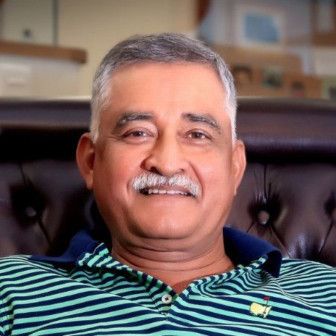 He said with the nurseries closed till April 5, he has arrived at compromise in order to keep the business running while accommodating the parents’ situation.

“We understand that parents have to spend money on alternate child care arrangements during the period that the nurseries are closed. They would have to fly in family members or hire nannies. So we’ve offered to give them a two week rebate if they pay up for the other two weeks. And if they’ve already paid the sum in full, half the amount will be adjusted in the next term.”

He said, “It would be ruinous for us as nursery owners if we were to shut down for another three months because we can’t afford to pay the salaries and rents.”

Sacking or downsizing staff is not an option either for the nurseries as even in such an unlikely scenario, they would have to bear the cost of final settlements and air tickets to fly them home.

Poonam Bhojani, CEO of the Innoventures Group of Education, which runs eight nurseries, said, “We are committed to paying our dedicated and highly skilled staff. We have around 1,200 teachers, teaching assistants, administrative staff and helpers across our schools. Nothing changes our costs – be it the staff salaries, building rents or utility bills. Also, we will be dispensing online education and have to re-engineer our teaching methods.”

Parents on their part feel it is unfair to be charged when there are no classes taking place.

Kumar, the father of a four-year-old who goes to a Dubai-based nursery, said, “My son attended school for just four days. And the school wants us to pay the Dh770 fees plus Dh440 school transport fees in full. This is not done.”

Elaina, a mum of three-year-old girl, said, “Both my husband I work and the closure of my daughter’s nursery has forced me to quit my job as I could not make arrangements for my daughter to be looked after in the last minute. I would expect the school to understand my situation.”