Coronavirus sends India into lockdown as trains halted, Modi says ‘please save yourself’ 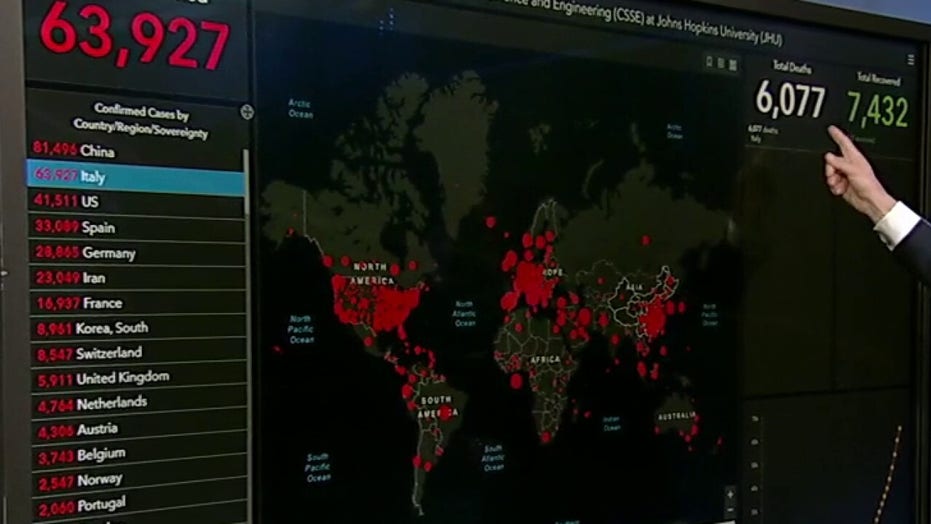 Bill Hemmer breaks down the coronavirus numbers around the world.

The world's second-largest country has gone into lockdown as India shuts down its massive train system Monday and puts curfews in place to stop the spread of coronavirus.

Indian Prime Minister Narendra Modi announced Tuesday that, "to save India," the entire country is going into lockdown for 21 days, with every citizen banned from leaving home. A day earlier, Modi said people still were not taking an existing lockdown seriously and called for states to follow the preventive measures issued by the federal government to contain the virus.

"Please save yourself, save your family, follow the instructions seriously," Modi said Monday.

As of Tuesday morning, India had 469 confirmed COVID-19 cases and 10 deaths, according to a tally by Johns Hopkins University. Of all the cases reported in the country, at least 40 people have recovered from the virus, according to the tally.

Many of the coronavirus cases in India have been linked to foreign travel, but community spread of the disease is considered inevitable. Tens of millions live in dense urban areas with irregular access to clean water. 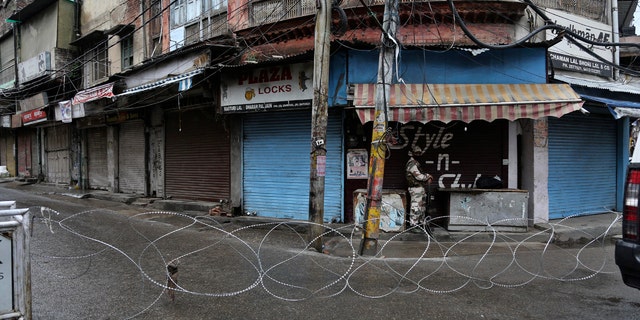 A barbed wire erected by authorities as part of enforcing a lockdown as a precautionary measure against COVID-19 in Jammu, India, Tuesday. (AP Photo/Channi Anand)

Experts have said the number of confirmed cases seemed low for the world's second-most populous country, fueling concerns that India is not testing enough. Indian authorities have justified strict testing limits, saying a deluge of people demanding tests would cost the government money it needs to combat other diseases. 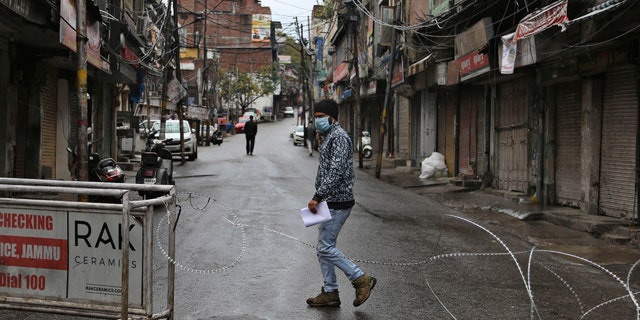 An Indian man wearing a mask walks past a barbed wire erected by authorities as part of enforcing a lockdown as a precautionary measure against COVID-19 in Jammu, India, Tuesday, March 24, 2020. (AP Photo/Channi Anand)

Officials have stepped up containment this week, halting the country's train system until March 31 and locking down much of the country's 1.3 billion people. 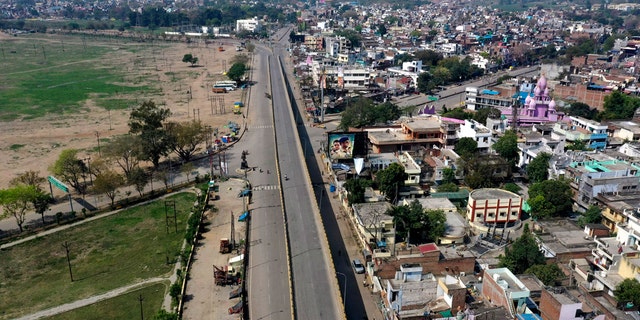 An aerial view of the city is seen under complete lockdown amid growing concerns of coronavirus in Prayagraj, India, Tuesday, March 24, 2020. (AP Photo/Rajesh Kumar Singh)

International flights were suspended at least until the end of March, while domestic air services also came to a halt. Streets around the capital of New Delhi were empty as residents stayed home. Officials have warned of strict legal action for those who don't follow the rules.

Modi's call for a 14-hour voluntary curfew on Sunday was the first nationwide effort at social distancing.

It was followed by suspending train services as thousands of migrant workers, suddenly out of work, were attempting to return to their villages, threatening to spread the virus outside major cities. 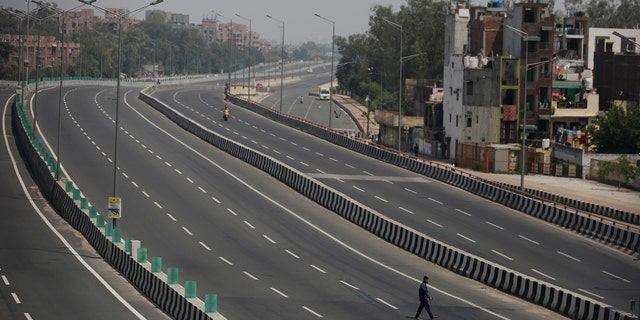 A man crosses an empty expressway during a complete lockdown amid growing concerns of coronavirus in New Delhi, India, Tuesday. (AP Photo/Altaf Qadri)

A health official in the western state of Maharashtra said new cases were starting to appear in small towns after a first wave emerged in big cities like Mumbai.

“This trend is worrying as rural areas have limited infrastructure to deal with the outbreak,” a health official in the western state of Maharashtra who requested anonymity told Reuters.

At least 80 districts where cases of infection have been detected are under stringent lockdown, and the country's parliament has adjourned its session. 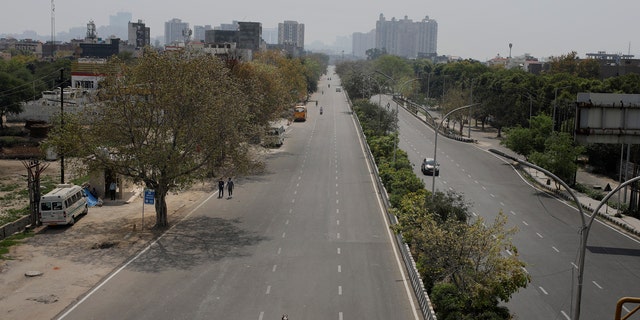 Authorities have gradually started to shutdown much of India's 1.3 billion people to contain the coronavirus outbreak. (AP Photo/Altaf Qadri)

Health researchers have warned that more than a million people in India could be infected with COVID-19 by mid-May, according to Reuters.