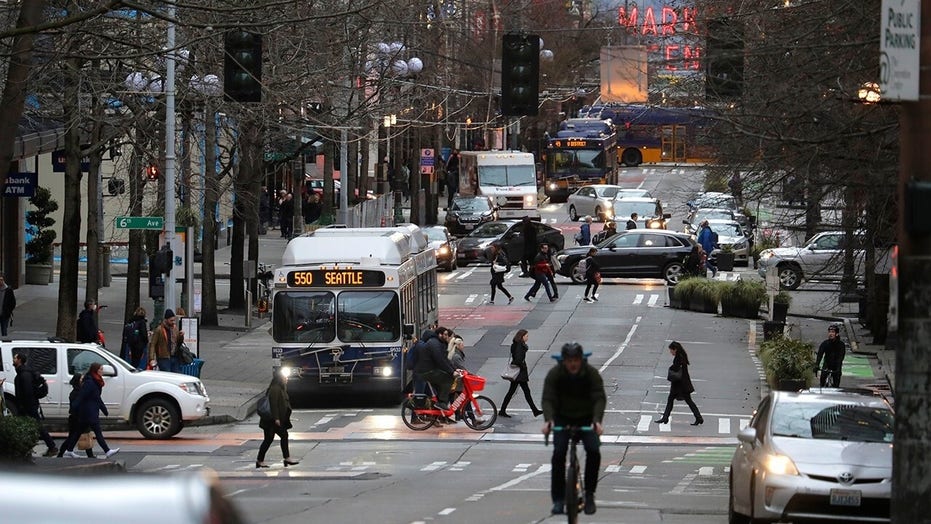 Dr. Irwin Redlener, director of the National Center for Disaster Preparedness, tells 'America's Newsroom' that the U.S. needs to be more cautious to avoid an enormous uptick of infections.

The Ivy League announced Tuesday it canceled its men’s and women’s basketball tournaments in the wake of the coronavirus outbreak's effects on several schools in the conference.

Each conference tournament would have determined which team receives an automatic bid to the NCAA Tournament. The Ivy League announced that the Princeton women’s team and the Yale men’s team will be awarded the automatic bids. Each team was a regular-season champion.

“We understand and share the disappointment with student-athletes, coaches and fans who will not be able to participate in these tournaments,” Ivy League executive director Robin Harris said in a news release. “Regrettably, the information and recommendations presented to us from public health authorities and medical professionals have convinced us that this is the most prudent decision.”

The league announced that all tickets for the tournaments were refunded.

Additionally, the Ivy League said it was going to be implementing restrictive spectator limitations for all other sporting events as well as canceling all out-of-season practices and competitions.

“Following a number of league-wide discussions throughout the last several weeks, we have decided to exercise caution in the interest of student-athletes, fans and the general community,” Harris said.

The Ivy League is the first conference to cancel a postseason tournament. NCAA Division III Tournament games at Johns Hopkins University were played in front of no spectators last week. The NCAA Division I Tournament is still expected to go on as scheduled with fans in attendance.

Barry Bonds dismayed at post-baseball career: ‘I feel like a ghost’