Coronavirus: How will you spend your weekend in UAE?

Dubai: I had a brainwave last Friday. Instead of going to restaurants or malls or to the cinema, I told my wife and kids, we should go to an outdoor location where few normally go. In our coronavirus-blighted world, ‘social-distancing’ is the new mantra, and what better way of putting it into practice than going to a place where there’s likely to be a mile between yourself and the next person?

Camping in the desert was vetoed as we had done it twice recently. Beaches were deemed to be still too full of people.

So, I suggested the Rafisa Dam in beautiful Khorfakkan. I had been there before, and was always amazed (almost annoyed) at why so few people visited it. “No one goes there, so that’s where we should go. The mountains, the water, and no one but us,” I told the family. The kids seemed proud of their father’s thinking capacity.

However, the closer we got to the dam, the more uneasy I felt: Too many people seemed to be driving in that general direction. My unease turned to alarm as I reached the spot and approached the parking lot. Not only was it absolutely full, people had illegally paralleled parked along its length and breadth. What’s more, a cop was busy noting down numbers to issue parking fines. (I almost got one myself while waiting in that line). 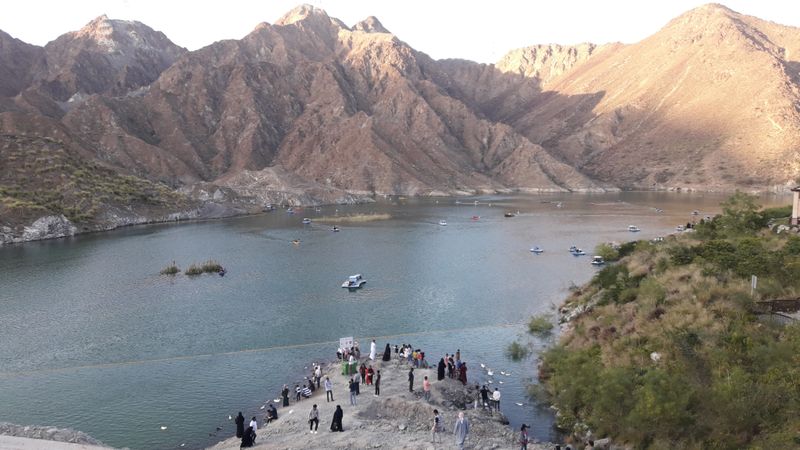 I was directed to a second carpark a few hundred metres down the road by the policeman, only to find that one full too. After driving around that lot for about 20 minutes, I was finally able to park. The restaurant at the dam was full, and so was the grocery and the mosque at maghrib prayers. Our thought process has been altered so much in the past few weeks that throughout the two hours we spent at the spot, I was unable to enjoy myself, looking at the number of people around us. Coronavirus has turned ‘people persons’ into social-distancing types. This makes me very uncomfortable, and angry with myself.

And I was not alone. One of my sons coughed out of nowhere, and a pregnant woman who was in the vicinity almost jumped. I watched as she casually moved as far away as she could. I could hardly blame her.

When I told my children it is likely they won’t be going to school for a few months, I expected them to rejoice. Instead, what I saw on their faces was disbelief. Far from being delighted at the prospect of not going to school, they were dismayed at the possibility of not being able to see their friends.

Many of us living in this country take daily comforts for granted. In these unprecedented times, all we can do is adhere to the advise from authority, keep the spirits high, and hope for the best. This, too, shall pass!