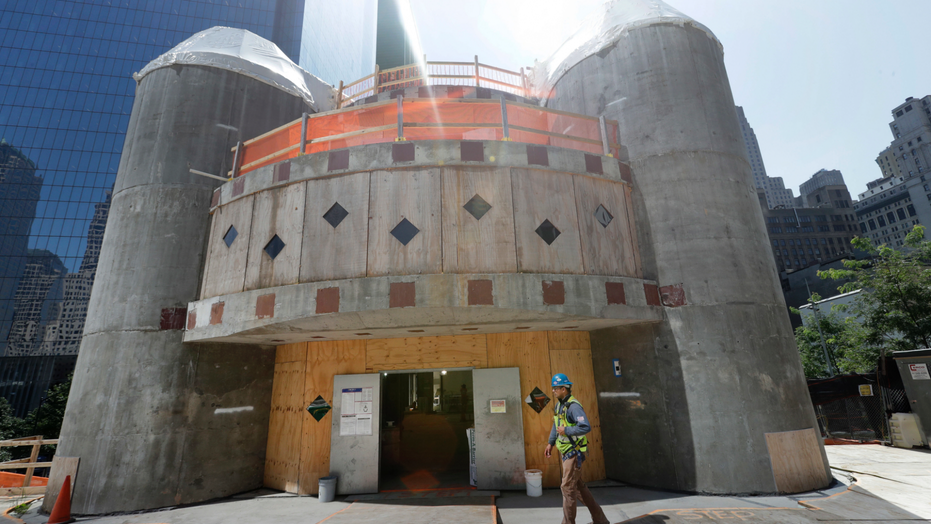 It’s a resurrection nearly 20 years in the making.

Construction will resume Monday on the new St. Nicholas Greek Orthodox Church in Lower Manhattan, filling a gaping hole left when the original house of worship was destroyed in the 9/11 terror attacks.

These mock-ups, exclusively obtained by The Post, show off the majesty of a site that will stand as tribute to the resolve of not just the church’s flock, but all New Yorkers.

NEW YORKERS OPEN UP ABOUT RISE IN STREET DRUG USE, HOMELESSNESS: 'I HAVE SEEN SO MANY DRUG DEALS GO DOWN'

“Monday’s going to be a very emotional day. A powerful day,” said Michael Psaros, vice chairman of The Friends of St. Nicholas, which formed in January to get the project back on the right track after years of scandal and mismanagement.

“Another powerful symbol to the world of the resurrection of all of Ground Zero and New York City.” 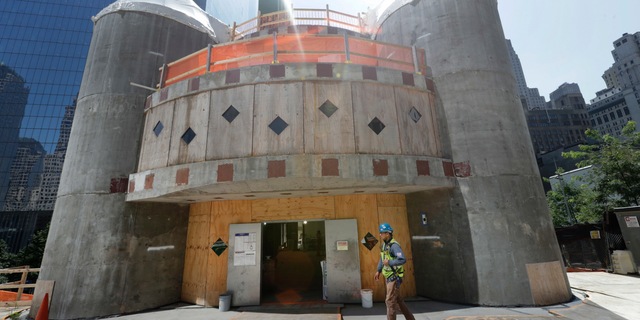 The St. Nicholas Greek Orthodox Church and National Shrine is still under construction.

Named for the patron saint of sailors, the original St. Nicholas opened its doors on Cedar Street in 1916, quickly becoming the first stopping point for Greek immigrants after they left Ellis Island.

It served the community for 85 years, retaining a quaint, old-world charm as skyscrapers rose around it.

When the South Tower of the World Trade Center came crashing down on New York’s darkest day, it took St. Nicholas with it.

Then-Gov. George Pataki and leaders of the Greek Orthodox Church resolved almost immediately to begin rebuilding St. Nicholas, but the effort unfolded in fits and starts, hamstrung by a litany of issues worthy of Homer’s Odyssey.

MAN IN FAMOUS 9/11 PHOTO DIES FROM CORONAVIRUS IN FLORIDA

The saga included: Rampant cost overruns amounting to millions of dollars; legal squabbles between the church and the Port Authority, which owns the Liberty Street site of the new St. Nicholas; and top church executives being convicted or accused of pilfering funds meant for the project.

By January 2020, the church sat half-finished, but untouched for two years with the coffers bare.

Then, Gov. Andrew Cuomo and PA head Rick Cotton met with Archbishop Elpidophoros, Father Alex Karloutsos and the leaders of The Friends of St. Nicholas — Psaros, Chairman Dennis Mehiel and vice-chairman John Catsimatidis — and resolved to get the project done.

“We lost a tremendous, great religious institution [in] what happened on 9/11,” said Catsimatidis, a billionaire grocery-store mogul and former New York mayoral candidate eyeing another run in 2021. “[Reopening will be] A victory for all New Yorkers.”

To finally achieve that goal, the group undertook a massive fundraising drive that, in just 90 days, amassed the $45 million necessary to complete the project, including a $10 million donation from the family of late real-estate mogul and Los Angeles Chargers owner Alex Spanos. 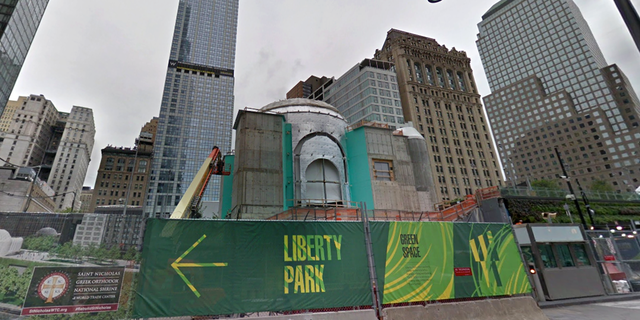 Construction was set to resume in the spring — “then COVID hit,” said Psaros, grounding all non-essential projects statewide to a halt for months.

It will begin once again on Monday when a crane lowers the first skylight into the church’s dome, in a ceremony presided over by Cuomo and Archbishop Elpidophoros, the leader of the Greek Orthodox Church in America.“St. Nicholas … will be, for the Greek-American community, our Parthenon and our St. Sophia in America,” said Psaros. “It will be a powerful symbol of the triumph of the principals of the American ideal, with respect to individual and religious freedom.”

The aim is to have the new St. Nicholas open on September 11, 2021 — the 20th anniversary of the attacks — to offer comfort to New Yorkers of all faiths.

The church will include a non-denominational bereavement center in which any so moved can remember those lost.

“I think it will bring some solace to folks who need it,” said Mike Ortiz, a 49-year-old finance worker doing business in Lower Manhattan since before 9/11. “Rebuilding brings some sort of calm. … If there’s something bad, something good needs to come out of it.”

The effort of completing the project will make the reward all the sweeter, Psaros said.

“It is the struggle and the unfortunate events over the last 20 years that exactly make Monday so special,” he said, noting that the word “agony” is rooted in the Greek agōnía, connoting “what you go through to accomplish a goal.”