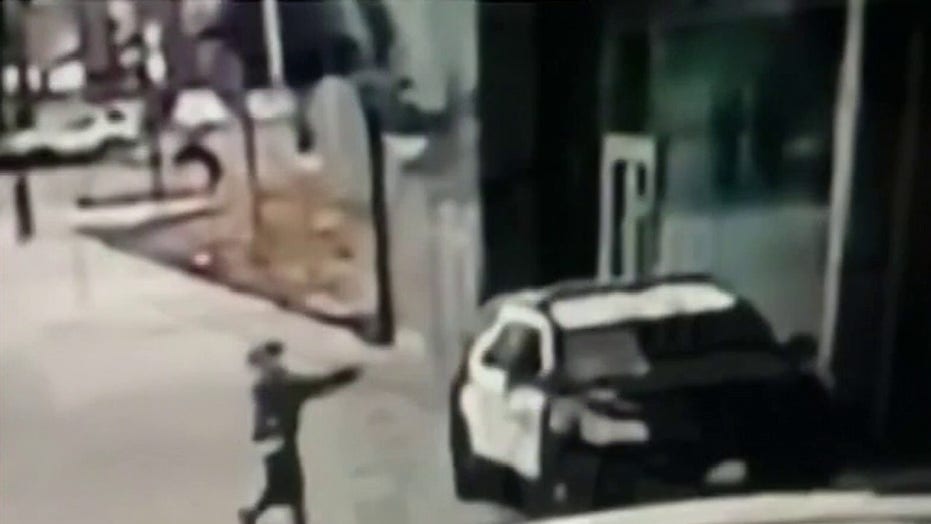 As the search continued Monday for a brazen gunman who ambushed two Los Angeles County sheriff’s deputies, the anti-cop rhetoric from at least one local leader has softened.

Both deputies, shot in the head as they sat in a marked squad car, were initially listed in critical condition but have since stabilized and are expected to survive, according to multiple reports. In a statement released shortly after the shooting, Compton Mayor Aja Brown said she was “devastated to learn of the tragedy.” 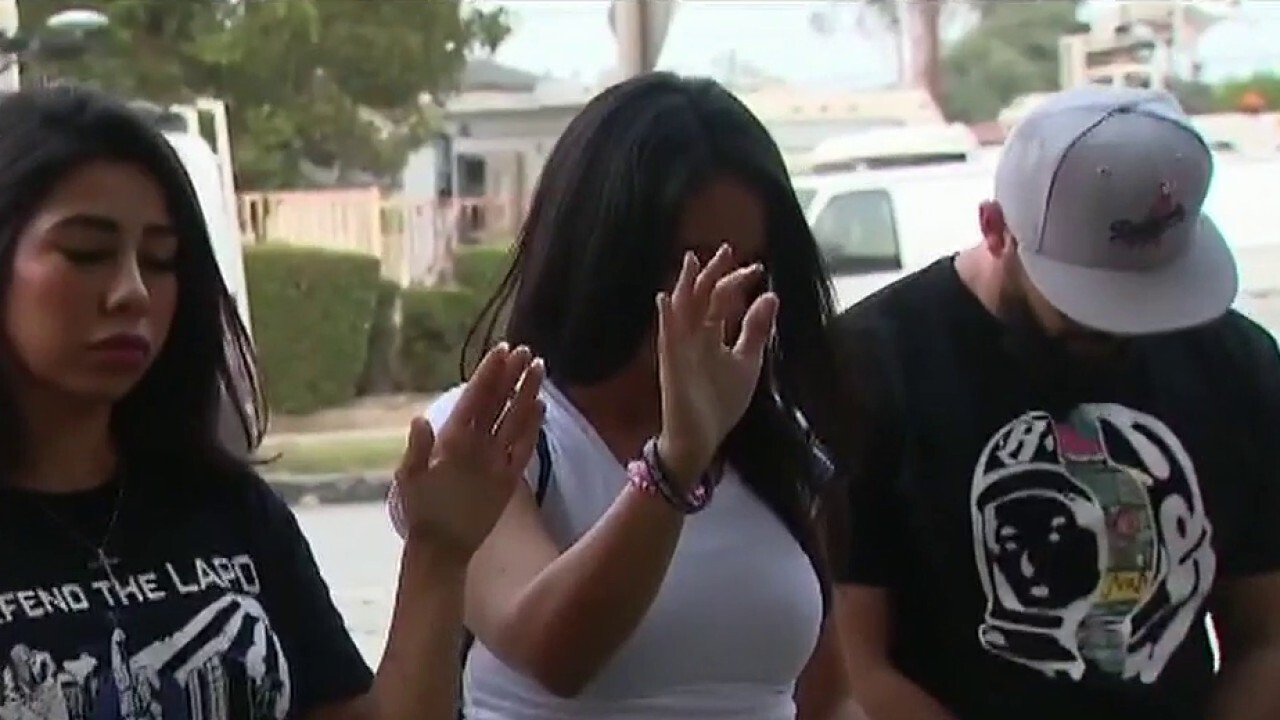 “Both deputies and their families will remain in our prayers,” Brown said in a statement initially released Saturday and provided to Fox News on Monday. “The City will be working with the Sheriff's Department as they search to apprehend the individual responsible for this act of violence.”

But Brown’s statement was a change in tone from previous comments she made just weeks earlier, when she said sheriff’s deputies “terrorize the community.”

Brown made her comment at the beginning of August, when she was joined by civil rights advocates who were calling on the state attorney general’s office and the U.S. Department of Justice to investigate the sheriff’s station.

At the time, she and other advocates were speaking in the wake of a legal claim about a violent gang of Los Angeles County sheriff’s deputies who allegedly call themselves “The Executioners.” They also urged city officials to discontinue Compton’s contract with Los Angeles Sheriffs Department.

She detailed her own experience with L.A. County sheriff's deputies during a traffic stop from June of last year.

"I rolled my window down and asked why I was being pulled over," Brown said at the time, according to KABC-TV. "Within seconds, almost seven to nine sheriff deputy vehicles descended upon the scene."

Deputies accused her of running a red light, Brown recalled, denying the allegations to be true. 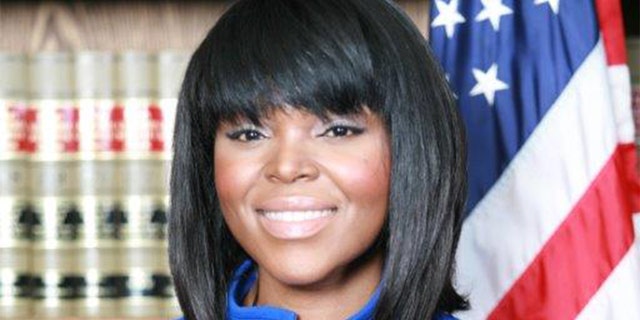 "They ordered me out of my vehicle and they asked me to put my hands on top of the police vehicle so they could search me as if I were a criminal," Brown said. "Mind you, I was accompanied by my husband and my infant daughter in the back seat. I did not look like someone that is trafficking drugs."

Brown said she filed an official complaint with the LASD.

"They terrorize the community and then they cover their tracks," she continued. "It is unacceptable, we will not take this."

A spokesperson for Brown’s office did not immediately provide Fox News with a comment regarding the change in Brown’s rhetoric toward police. 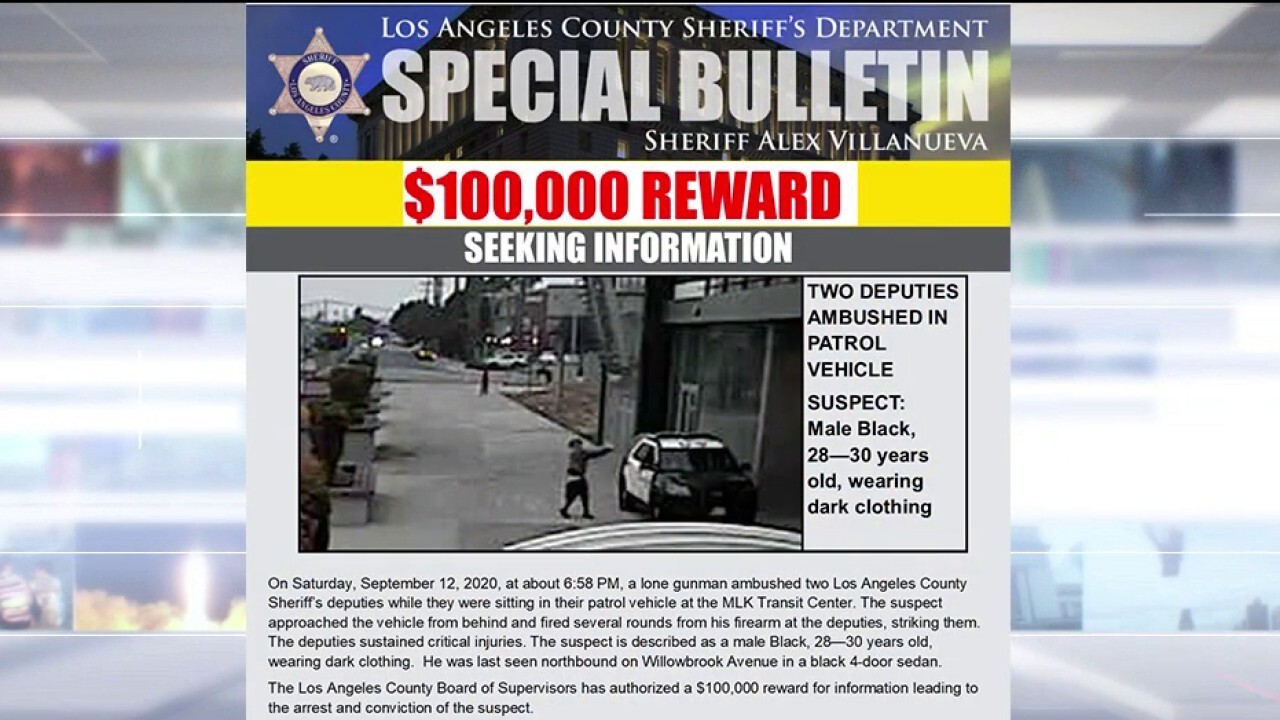 Meanwhile, LASD has announced a $100,000 reward for information for any information that leads to the arrest and conviction of the person seen on video opening fire on the deputies.

Investigators described the attacker as a Black man who appears to be between 28 to 30 years old and who was wearing dark clothing at the time of the shooting.

Sheriff Alex Villanueva said during a subsequent press conference that the victims “survived the shooting and [are] recovering, a double miracle,” the Los Angeles Times reported, noting that both deputies were shot in the head.

The deputies were shot shortly before 7 p.m. Saturday while sitting in their patrol car at a Metro rail station and were able to radio for help, the sheriff said.

Both victims – a 24-year-old man and a 31-year-old mother of a 6-year-old – were sworn in just over a year ago, according to the L.A. Times report.

The department has faced criticism during recent protests over racial unrest but it’s unclear if that was a factor in the shooting. Officers have only a “very, very generic description” of the shooter to go on, officials said.

An extended version of the video reviewed by the Times shows the shooter running away in the direction from which he came. He turns a corner out of the frame, past a second figure lingering on the sidewalk, according to the Times. It’s unclear if the second person was involved in the attack. A Sheriff’s Department spokeswoman declined to comment, citing the ongoing investigation.

Moments after the shooting, the passenger door opens and a deputy stumbles out, hand on head, according to the newspaper. The drivers-side door opens soon afterward.

The video sparked a reaction from President Trump, who responded on Twitter: “Animals that must be hit hard!”

Fox News' Louis Casiano and The Associated Press contributed to this report.

Pa. prosecutors say boy, 12, was beaten, starved to death, ‘existed in a state of perpetual suffering’

Fortnite is down as it investigates issues related to logins – CNET

Fortnite is down as it investigates issues related to logins - CNET