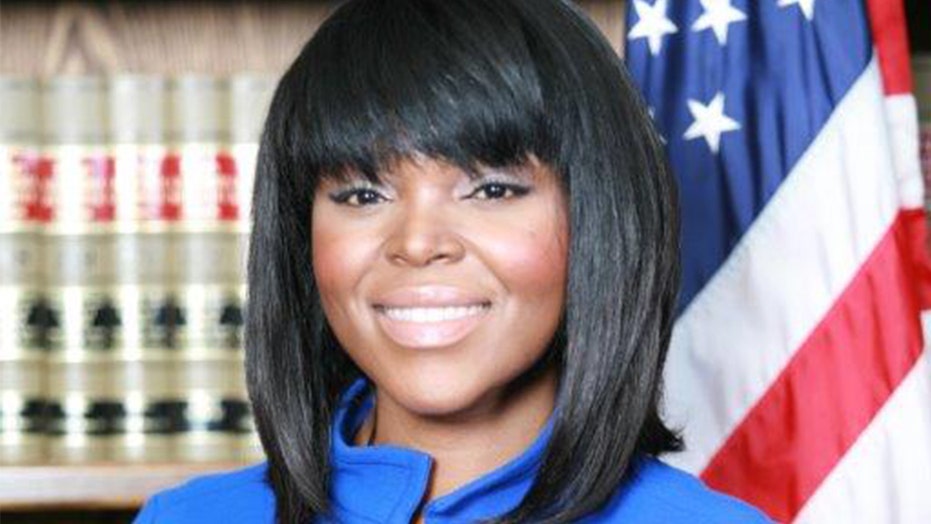 A Los Angeles-area mayor on Tuesday accused police of "terrorizing the community" after gang-like activity had been reported at a department patrol station.

In June, Brown said she was pulled over while traveling with her husband and infant daughter for running a red light, which she denies.

"I rolled my window down and asked why I was being pulled over," Brown said outside Compton City Hall, KABC-TV reported. "Within seconds, almost seven to nine sheriff deputy vehicles descended upon the scene."

FLINT, MICH., TO DESTROY ILLEGAL GUNS SEIZED BY POLICE, WON'T AUCTION THEM OFF TO LAWFUL BIDDERS

The deputies order Brown out of her car and asked her to put her hands on top of the police vehicle so the could search her, Brown said.

"Mind you, I was accompanied by my husband and my infant daughter in the back seat," she said. "I did not look like someone that is trafficking drugs." 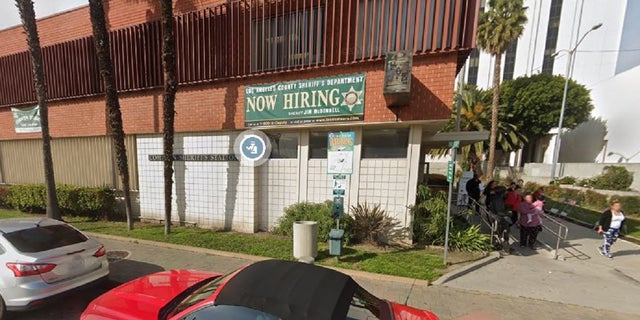 A Los Angeles County sheriff's deputy alleges a claim in the department's Compton station called the Executioners retaliated against him for reporting misconduct. (Google Maps)

Brown asked for the state investigation after a deputy filed a claim with county officials about a rogue band of deputies in the Compton patrol station dubbed the "Executioners." Deputy Art Gonzalez claimed the group is composed of 20 members and another 20 or so associates, who are all deputies. They celebrate deputy-involved shootings and engage in civil rights abuses, according to his claim.

The gang recruits deputies based on their use of violence against suspects and fellow deputies, and nearly all its members have been involved in high-profile shootings, according to the claim.

"They terrorize the community and then they cover their tracks," Brown said. "It is unacceptable, we will not take this."

Compton city leaders said they planned to write Becerra and Attorney General Bill Barr to request a civil rights investigation into the Compton station. They are also looking at options to terminate the city's annual $22 million contracts with the agency.

"We demand justice from the Compton sheriffs and we will no longer continue to pay you $22 million to terrorize this community," Brown said.

Sheriff Alex Villanueva has denied the presence of gang activity at the Compton station. On Tuesday, the department said it launched investigations into the matter. The agency has come under heavy criticism in recent months over the beating of a Black man in May and the fatal shooting of an 18-year-old in June.

In the shooting incident, an autopsy found the teen was shot five times in the back.

Teachers, Show Us How the Coronavirus Is Changing Your Classroom