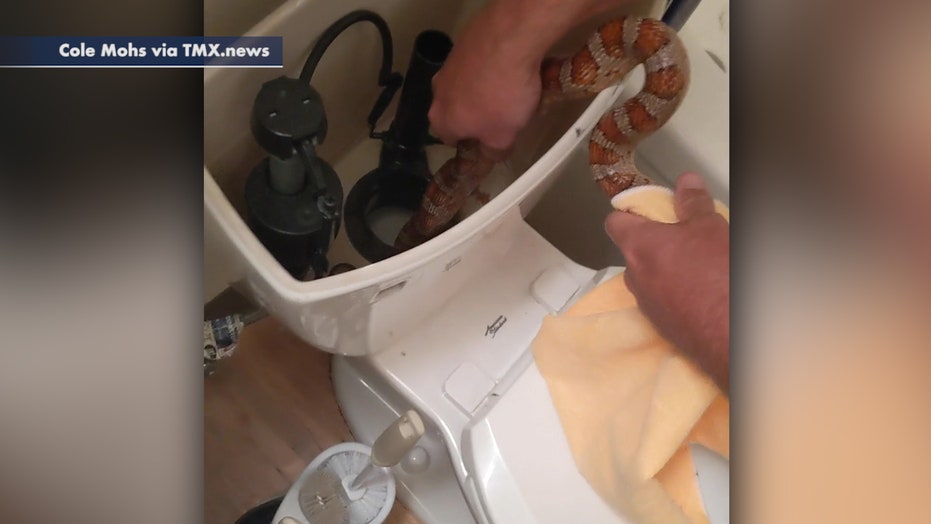 A Colorado woman lived out a childhood fear last week after she leaned over her apartment’s toilet bowl and saw a four-foot corn snake slither out.

Miranda Stewart, of Fort Collins, told FOX31 Denver she got a rude awakening when she investigated why her toilet wouldn’t flush Wednesday morning.

“I looked and leaned in closer and a snake head slithered up,” Stewart said. “I was terrified. It’s actually been one of my fears since I was a kid.” 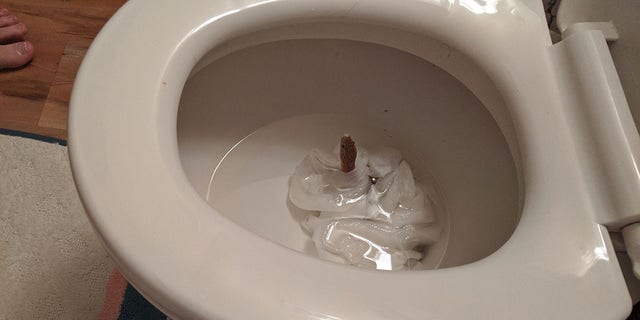 Stewart discovered the snake slither up through the bowl when she checked to see why the toilet wouldn't flush. (Cole Mohs via TMX.news)

Stewart and her boyfriend called their apartment complex’s maintenance man, Wesley Sanford, to help unclog the snake from the toilet.

Cole Mohs shot a nine-minute-long video from inside the bathroom showing Sandford take the toilet apart to wrangle the snake, which coiled up inside. It took Sandford nearly 40 minutes to finally free the snake, the station reported. 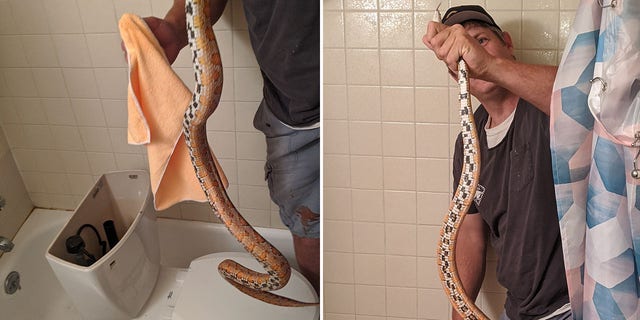 It’s unclear how the snake ended up in the pipes and slithered to their toilet. They believe it may have been the pet of another tenant in the apartment complex and escaped through their toilet.

After their unsuccessful search for the snake’s possible owner, Sanford decided to adopt the serpent.

“I took him home and my wife was very happy with me and we named him Boots,” he told the station. “He’s our little guard snake on the property.”