A law-enforcement officer will not face criminal charges in the deadly February shooting of a suspect with gang ties in northern Colorado, police announced late last week.

Greeley Police said that Weld County district attorney made the decision last Monday about an unnamed officer who shot an armed man sitting in a car with a woman at a Section 8 apartment complex on Feb. 26.

Released body camera footage showed Ramiro Carrasco reaching for a gun on his lap and throwing it on the ground after being shot, police said. 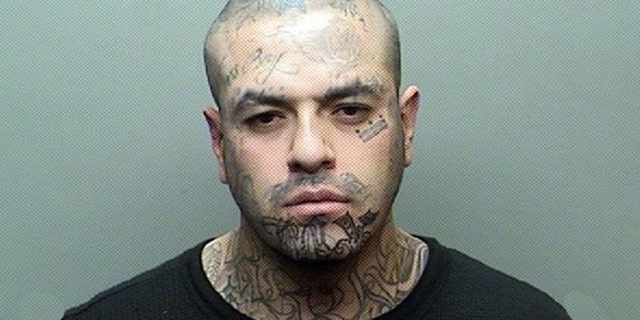 Ramiro Carrasco was seen reaching for a gun on his lap and throwing it on the ground after being shot, police said. (Larimer County Sheriff's Office)

Warning “this body camera footage is graphic and has explicit language,” Greeley police released the disturbing video Thursday on its YouTube page.

The 19th Judicial Critical Incident Response Team, a five-year-old group of highly trained and skilled investigators from 24 law enforcement agencies in Weld County working with the DA to probe officer-involved shootings, said the cop was justified in firing at Carrasco after he failed to follow police orders.

For safety reasons, the cop was not named given Carrasco’s “very strong and documented ties,” to criminal gangs.

Dennis Rodman: Scottie Pippen better than LeBron James if both played in ’90s