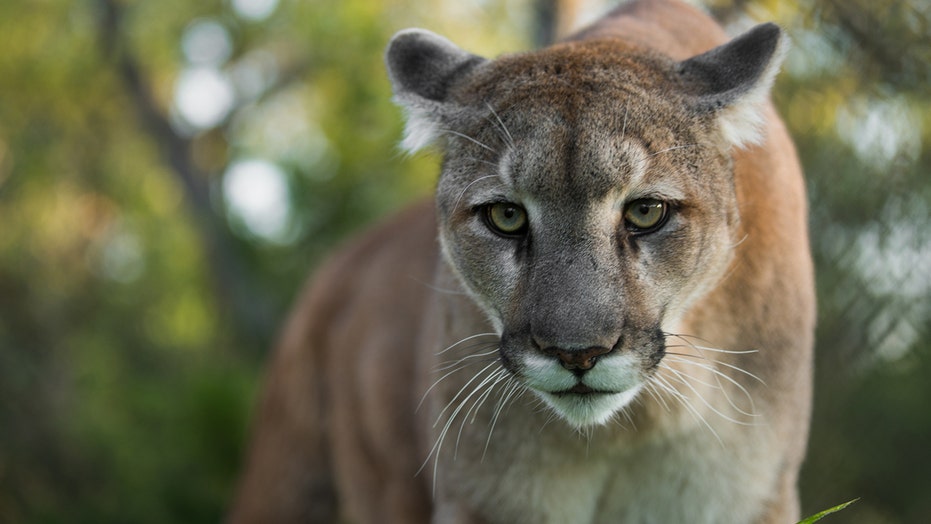 A mountain lion was fatally shot after attacking a civilian and deputy at an RV park in Colorado on Wednesday.

The big cat was captured on video nearly sinking its jaws into the neck of the deputy in Larimer County before members of law enforcement converged and the animal was kicked off.

Witness Gregory Scot Paul was able to capture the encounter from inside a trailer after the big cat jumped on the deputy.

PROTESTS BREAK OUT IN RALEIGH AFTER POLICE-INVOLVED SHOOTING, REPORT SAYS

“My heart goes out to her,” Paul told the Loveland Reporter-Herald. “If she hadn’t put her arm up, it would probably would have gotten to her neck.”

Both the deputy and civilian were transported from the scene with non-life threatening injuries, according to the paper.

The mountain lion was later killed by a Colorado Parks and Wildlife officer. Multiple gunshots shots could be heard in the video after the deputy was freed.

BABOON MOMS CARRY THEIR DEAD BABIES FOR UP TO 10 DAYS, SCIENTISTS REVEAL

The deputy's name has yet to be released by the Sheriff's Office.

Much of Colorado is described as "prime mountain lion country," according to the Colorado Parks and Wildlife. There are estimated to be between 3,000 to 7,000 mountain lions in the state.

China says coronavirus cases falling, it is past peak of disease: report