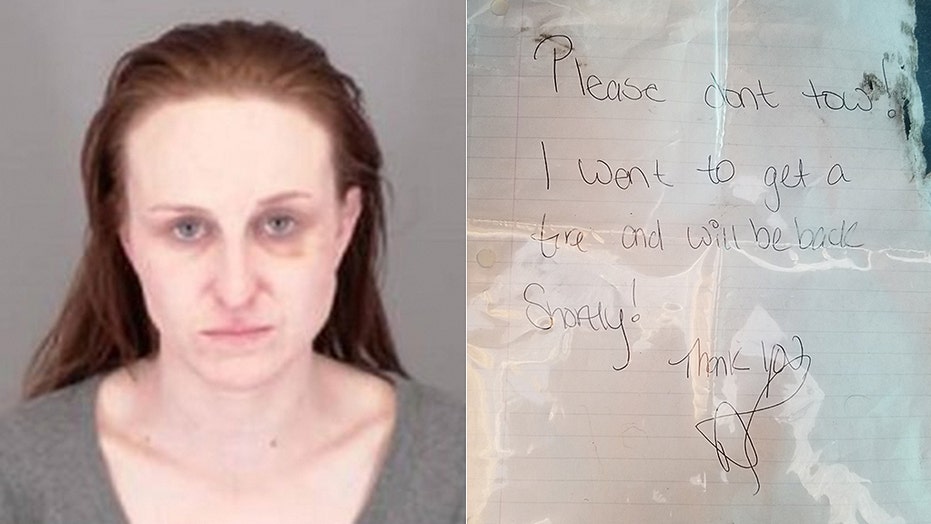 A handwritten note left by two low-tech car thieves pleading with police not to tow their stolen vehicle led to their quick capture, Colorado cops tweeted this week.

Officers from the Arvada Police Department initially spotted the stolen white Jeep Grand Cherokee around 8:30 a.m. Wednesday. The vehicle had been reported stolen in Denver. When authorities spotted the car, the front tire had been completely shredded and the rim was exposed. 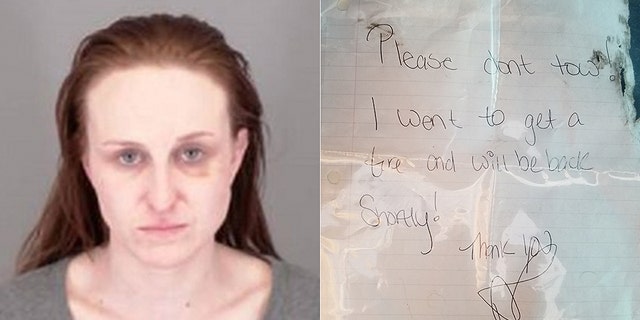 Amber Carey is one half of the duo Arvada police say stole a vehicle in Denver. (Arvada Police Department)

Upon further inspection, they found a handwritten note on a ripped piece of white notebook paper that read, "Please don't tow! I went to get a tire and will be back shortly! Thank you."

The cops then waited for the duo to return and arrested Dustin Daniel Cordova, 37, and Amber Carey, 31.

Cordova faces charges of aggravated motor vehicle theft and reckless driving. The police department did not release his mug shot.