At least 23 people died in a prison riot Sunday in Bogotá, Colombia, after prisoners attempted to escape in light of rising tensions over the spread of the coronavirus, officials said.

Inmates at La Modelo prison planned the escape attempt as inmates across the country protested overcrowding and poor health services during the COVID-19 outbreak. 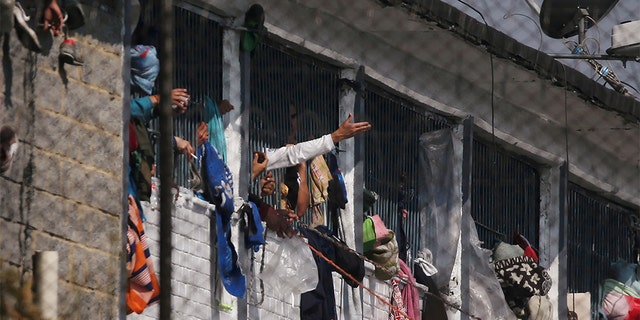 A riot by prisoners demanding additional government health measures against the spread of the coronavirus in Bogota, Colombia, turned deadly. (REUTERS/Leonardo Munoz)

The Justice Ministry was investigating the incident.

Cabello said inmates at prisons across the country planned the protests, as 13 other facilities reported disturbances, the BBC reported. 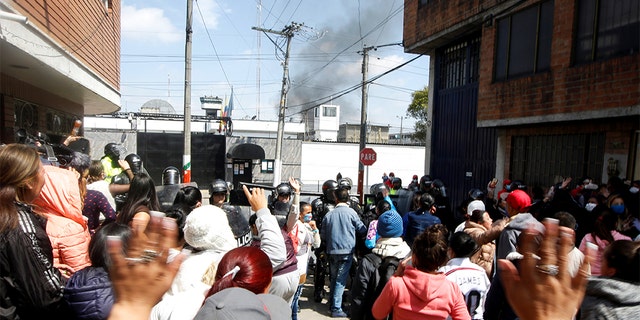 Smoke coming out of La Modelo prison after the riot got underway. (REUTERS/Leonardo Munoz)

Cabello denied that conditions were unsanitary amid the outbreak, saying, "There is not any sanitary problem that would have caused this plan and these riots."

AMERICANS STUCK IN PERU BECAUSE OF CORONAVIRUS SPEAK OUT: 'WE ARE JUST CROSSING OUR FINGERS'

She also asserted, "There is not one infection nor any prisoner or custodial or administrative staffer who has coronavirus."

Relatives gathered outside the gates of La Modelo prison as they awaited news about their loved ones. They said they heard shots fired when security forces arrived. Videos on social media showed inmates setting fire to mattresses.

Colombia’s 132 prisons had a total inmate capacity of 81,000 but have held over 121,000 prisoners, according to justice ministry figures. 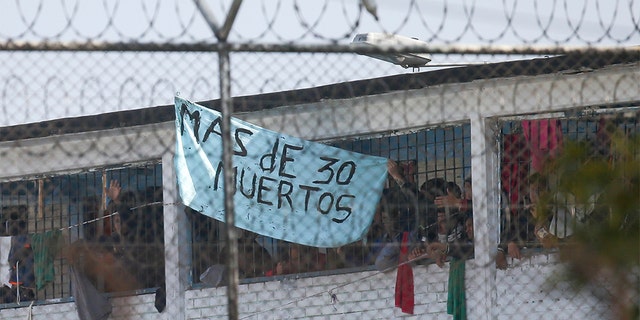 Inmates display a sign reading in Spanish "More than 30 dead" at La Modelo jail in Bogota, Colombia, Sunday, March 22, 2020. Violence broke out in the prison out of inmates' fears that authorities are not doing enough to prevent coronavirus inside overcrowded prisons. (AP Photo/Ivan Valencia)

So far, Colombia has reported 231 confirmed cases of coronavirus and two people have died.

The country is set to launch a nationwide quarantine on Tuesday which is expected to last 19 days.

With the exception of medical staff, security forces, pharmacy and supermarket staff, people in the country will be ordered to remain in their homes, officials said. People over the age of 70 have been told to stay indoors until the end of May.

Little Upset With China, Should Have Told Us About Coronavirus: Trump

Little Upset With China, Should Have Told Us About Coronavirus: Trump