Trump appeared on “Fox & Friends” this week and said Americans should stand for the anthem.

Rivers, wearing a hat with the word “VOTE” on it, was asked about the comments one day after a crushing loss to the Phoenix Suns, according to the Los Angeles Times.

“Well, we lost one guy. Like, really, I don’t even care. We know that justice is on our side, right? And this hat that I’m wearing is what our president is trying to get us to not do, which I think is just as disgraceful," he said. 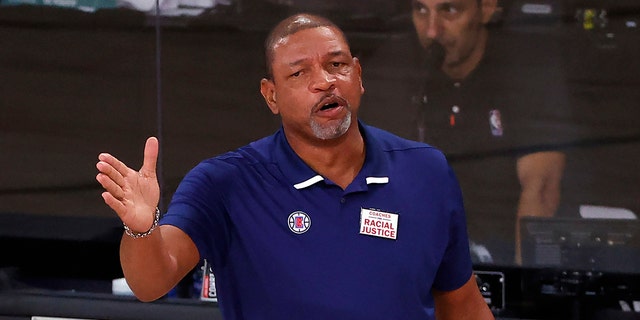 Rivers was referring to a separate tweet where Trump said mail-in voting during the 2020 presidential election could mean “the most INACCURATE & FRAUDULENT election in history.” Trump added the U.S. should “Delay the Election until people can properly, securely and safely vote???”

2020 hurricane season labeled ‘extremely active’ in Colorado State forecast, may be busiest since year of Katrina