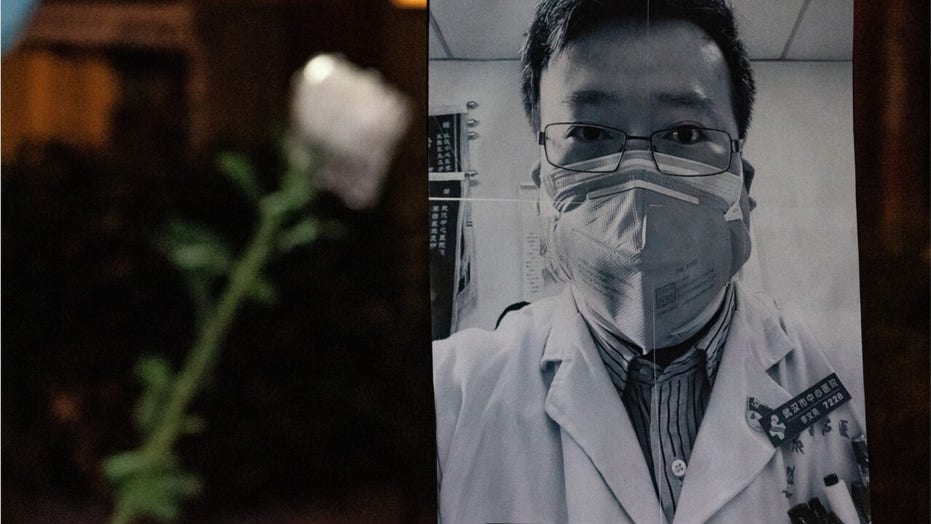 Coronavirus is latest in China's history of covering negative info

As coronavirus continues to spread across the world, the Chinese government has been accused of withholding information about the outbreak that began on its soil. Here are some other examples of China trying to cover up negative information.

As coronavirus cases have jumped in recent days, China misled the world by purposely underreporting its numbers of patients and deaths, three U.S. intelligence officials say.

In a classified report sent to the White House, the officials said that China's public record of COVID-19 infections was deliberately deceptive and incomplete.

While there have been skeptics all along, China's decision to downplay its numbers could have deadly consequence for the rest of the world.

Deborah Birx, the State Department immunologist advising the White House on its response to COVID-19, said Tuesday that China's numbers influenced assumptions in other countries about the nature of the contagion.

"The medical community made — interpreted the Chinese data as: This was serious, but smaller than anyone expected because I think probably we were missing a significant amount of data, now that what we see happened to Italy and see what happened to Spain."

Since the beginning of the pandemic, China has been accused of multiple coverups. It has shifted its timeline on what it knew and when it knew it and has gone after critics, doctors and whistleblowers trying to sound the alarm.

In recent weeks, China has launched a coordinated campaign to boost its global image. It has rebranded itself, tried to restart its economy and sold supplies to hard-hit countries struggling to contain the virus within their borders.

"The only thing better than playing themselves as a victim is showing that they can emerge as a resilient hero," Greg Barbaccia, an expert in counterintelligence, insider threat and corporate espionage, told Fox News.

Barbaccia, who spent five years on active duty as an intelligence sergeant in the U.S. Army, said China is taking advantage of the current economic landscape and using it to their advantage as other countries like Italy and Iran struggle

Not only has China clogged up its own airwaves with propaganda touting the country's success in taming COVID-19, it has also pledged millions of dollars to the World Health Organization and in return has received public accolades.

A U.N. report released Wednesday praised China for sharing the genetic sequence of COVID-19. What it didn't highlight was that Chinese officials didn't report the first case of coronavirus until forced to and that documents later revealed that China knew about the dangers of the virus two months before reporting it. Had China been forthright, COVID-19 could have been contained.

On Wednesday, there were more than 847,081 confirmed cases of coronavirus around the world. The U.S. surpassed 200,000 cases Wednesday. Globally, the number of those infecting will likely hit the million mark by Friday. In the United States there have been 4,417 deaths. The body count globally stands at 45,497.

LaVar Ball: LaMelo should be drafted No. 1 in NBA Draft

LaVar Ball: LaMelo should be drafted No. 1 in NBA Draft