Chiefs fans will witness B-2 stealth bomber flyover ahead of game vs. Texans

Chiefs fans will witness B-2 stealth bomber flyover ahead of game vs. Texansclose 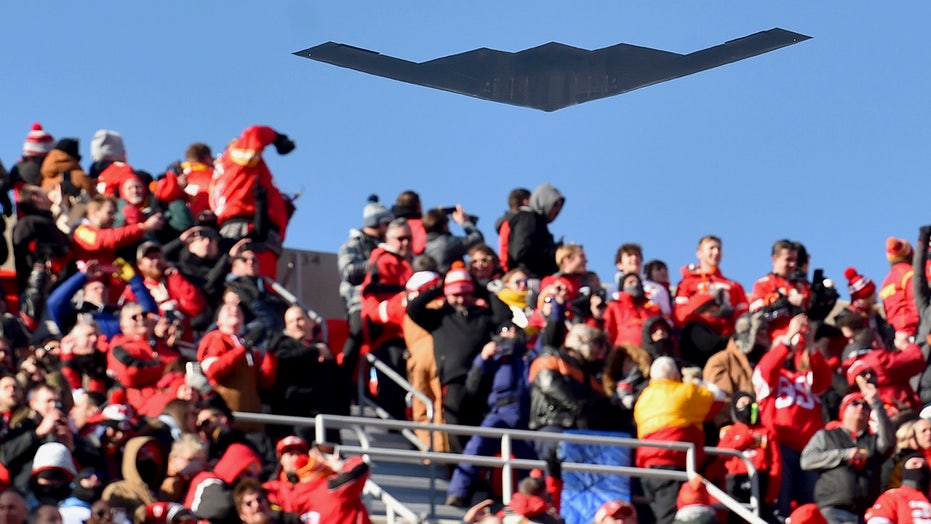 Fox NFL analyst Chris Spielman on what he expects from the return of the NFL.

A B-2 stealth bomber from Whiteman Air Force Base in Missouri will fly over Arrowhead Stadium in Kansas City prior to the Chiefs game against the Houston Texans.

The aircraft is set to appear over the stadium around 8:23 p.m. ET (7:23 p.m. local time), according to FOX4 KC. The limited number of fans who are set to be in attendance for the game are encouraged to be near the stadium or in their seats early to witness the stealth bomber complete its course.

Whiteman Air Force Base is located about 65 miles southeast of Arrowhead Stadium.

According to FOX4 KC, the aircraft is operated by the 509th and 131st Bomb Wings. There will be two ground crew pilots at Arrowhead Stadium for support as the B-2 stealth bomber flies overhead.

CHIEFS HAVING LIMITED FANS AT ARROWHEAD STADIUM MAY BE SAFER THAN WATCHING GAME AT BAR, CROWDED HOME, HEALTH OFFICIAL SAYS

"Continuing a long-standing tradition between Team Whiteman and our community partners, the Kansas City Chiefs organization, the B-2 Spirit will open the game with a demonstration of precision air power," a Whiteman Air Force Base spokesman told KMBC-TV.

It is just one part of the festivities for the first game of the season.

The defending Super Bowl champs will have a tough task looking to fend off the Texans, who are seeking revenge for being eliminated by Kansas City in the playoffs. Houston built out a giant lead early in their game but blew it and lost 51-31, which sent the Chiefs to the AFC Championship game.