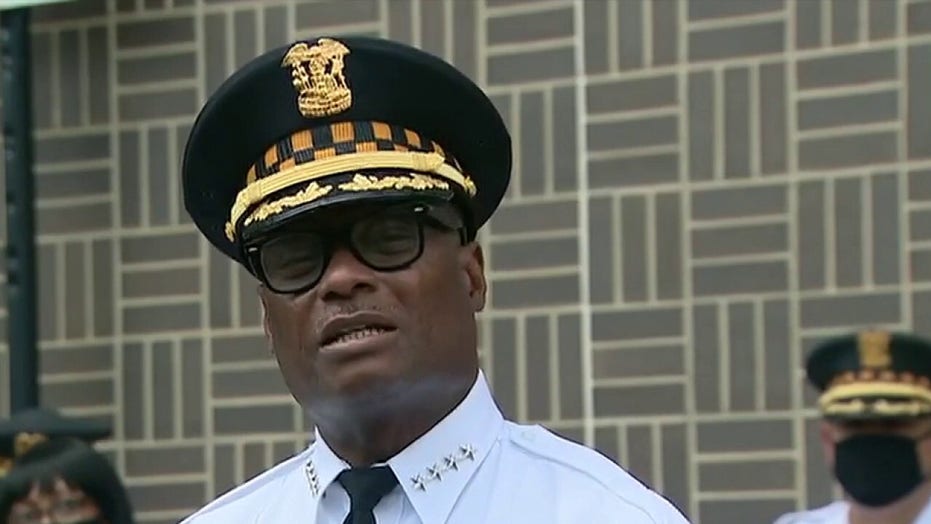 Matt Finn reports from Chicago with an update on the violence that has extended to the upscale downtown area.

Chicago saw a dramatic increase in homicides and shootings in the first seven months of 2020 and a particularly remarkable increase in July, reflecting a growing trend in the U.S. that raised questions about potential police reform in major cities.

Data released on Saturday showed that Chicago saw 440 homicides between January 2020 through the end of June, a 52 percent increase from the same time period last year (which saw 290 homicides). Shooting victims similarly increased by 51 percent (1,480 to 2,240) and shooting incidents themselves rose 47 percent (from 1,210 to 1,783).

Crime tends to increase during summers, but recent events have fueled unrest in the U.S. The troubling figures came as Chicago and other cities saw dramatic increases in violent crime amid protests surrounding George Floyd's death. Kansas City, for example, is expected to see "close to 700 people" shot by the end of the year, its police chief previously told Fox News.

In her city, the police department reported a 240 percent increase in murders (from 5 to 17) when comparing a four-week period ending in July 2019 to the same timeframe this year. New York City, meanwhile, saw a 277 percent increase in shootings (from 13 to 49) when observing the year-over-year change for one week in July.

The Los Angeles Police Department’s statistics show there have been 151 murders so far this year, an increase of 12.7 percent compared to the 134 reported at this time in 2019. Shooting numbers, however, were down.

July 2020 was especially violent for Chicago, as the city recorded 105 homicides and 584 shootings. Among them was a 9-year-old boy who was killed Friday when someone opened fire in the direction of a number of people, including him and his friends, according to police. The morning prior, three Chicago police officers were shot just outside a police station.

In July alone, Chicago saw a 139 percent increase in murders from the previous year, the Chicago Sun-Times reported.

Regardless, the state of Chicago's unrest has provoked federal attention, with President Trump sending federal officers to help crack down on violent crimes. At the end of last month, he criticized Mayor Lori Lightfoot for not accepting federal help and tweeted that several other cities should request help, as well.

Speaking during a briefing on the coronavirus pandemic, Trump had called Chicago a “disaster” and said Lightfoot was making “a big mistake” by not asking the White House for help in combatting crime in the United States’ third-most-populous city. He added: “Chicago should be calling us and so should Philadelphia and Detroit and many others.”

Lightfoot, a frequent Trump critic, had already slammed the president in a letter for “unhelpful” rhetoric and detailed ways the federal government could help the city to reduce violence, including gun safety reform, public safety support, community outreach and community investment.

TRUMP, LIGHTFOOT SPEAK OVER PHONE AS CHICAGO MAYOR SAYS PRESIDENT 'GOT THE MESSAGE' ON FEDERAL RESPONSE

The city recently deployed 200 additional police officers to address the issue. Saturday's press release also touted the city's continued focus on seizing and recovering illegal guns as a way to combat violent crime. "To date, officers have recovered over 5,600 guns already this year and have made more than 3,700 gun arrests — up 5 percent from 2019," the department said.

During a phone call last week, Lightfoot and Trump reportedly reached an agreement not to send federal help, with Lightfoot's office indicating that Trump would hold back or risk legal action.

"Mayor Lightfoot maintains that all resources will be investigatory in nature and be coordinated through the U.S. Attorney’s office," a statement from her office read. "The Mayor has made clear that if there is any deviation from what has been announced, we will pursue all available legal options to protect Chicagoans."

Complicating law enforcement has been widespread concern about racism in police departments. The House of Representatives in July passed sweeping reform while activists have pushed to defund departments and shift the money to social services.

Although mayors such Los Angeles' Eric Garcetti and New York's Bill de Blasio have backed these efforts, Lightfoot seemed more resistant to the idea. She's argued that "Defund The Police" was a "nice hashtag" but contravened what Chicagoans told her they wanted, Politico reported.

“We'd have to get rid of the youngest, most diverse, most well-trained officers," she said of defunding.

Fox News' Stephanie Pagones and Andrew O'Reilly contributed to this report, as well as The Associated Report.

Heat’s Meyers Leonard on why he stands for national anthem

Fyre Festival merch, assets being auctioned by US Marshals

Fyre Festival merch, assets being auctioned by US Marshals