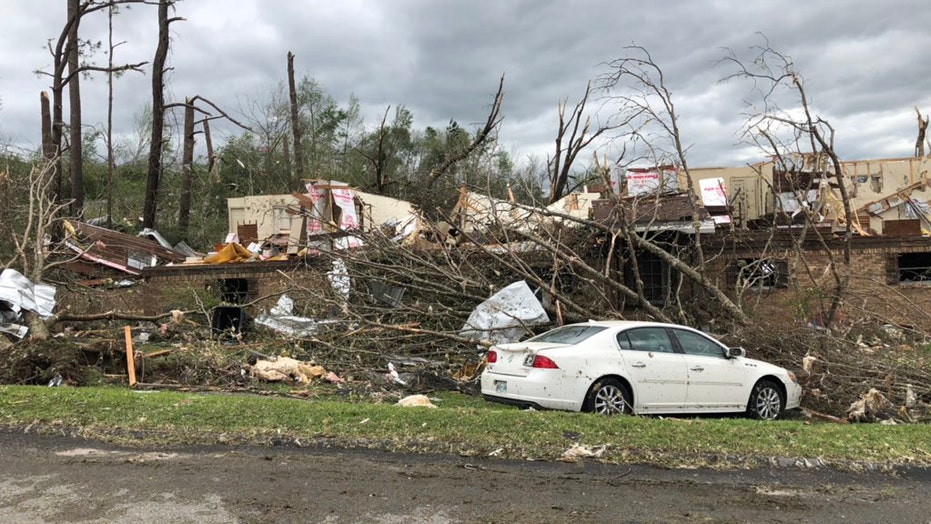 60 tornadoes have been reported across the South; Steve Harrigan reports on the aftermath.

One of the tornadoes that ripped through the South as part of a severe storm system that left dozens dead brought severe winds in Chattanooga, where the storms killed at least 10.

The National Weather Service office in Morristown, Tenn., said Monday the twister that struck Putnam County was a 145 mph EF-3 tornado. Overall, the tornadoes and severe weather Easter Sunday into Monday are blamed for the deaths of 30 people across six states.

"The human toll of this is extremely difficult," Chattanooga Mayor Andy Berke said at a news conference.

In Hamilton County, it's believed the EF-3 tornado had a path of nine miles long and was 1,500 yards wide. County officials reported an "unbelievable" amount of damage in the East Brainerd area. 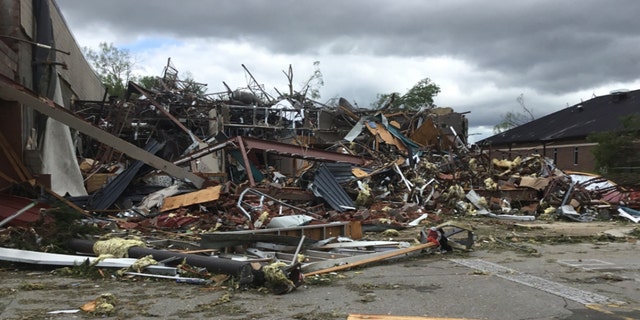 Storm survey found damage from an EF-3 tornado in East Chattanooga on Monday, with damage from winds estimated around 145mph, according to forecasters. (NWS Morristown)

A map released by officials shows the area of Chattanooga that saw the worst damage from the storms.

According to the National Severe Storms Laboratory, the most common and practical way to determine the strength of a tornado is estimating wind speeds by assessing the damage. The Enhanced Fujita Scale or EF Scale, used since 2007, is the National Weather Service's method to rate tornadoes. 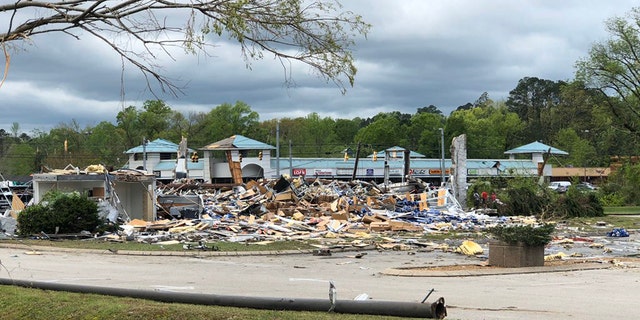 The EF scale uses indicators, including damage to different types of structures such as barns, mobile homes, trees and schools, according to the NWS forecast office in Norman, Okla. 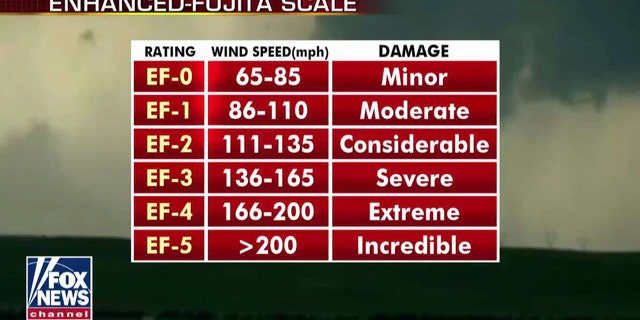 The ratings of tornadoes on the Enhanced-Fujita Scale. (Fox News)

The Storm Prediction Center said tornadoes estimated to be an EF-3 are considered to be "strong," with winds between 136 and 165 mph. Twisters in this third-strongest category create "severe" damage. 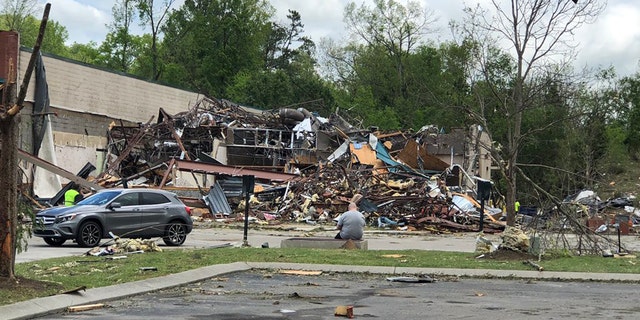 The storms that slammed Chattanooga damaged at least 150 homes and commercial buildings. More than a dozen people were treated, but none of their injuries appeared to be life threatening, Fire Chief Phil Hyman said.

Chattanooga's mayor called the damage "devastating," according to the Times Free Press.

TORNADO IN GEORGIA LIFTS HOUSE, DROPS IT ON MIDDLE OF ROAD AS DEADLY SEVERE STORMS STRIKE

"If you can think about what that is like to see four miles of relatively consistent damage, I saw houses that were destroyed, places where roofs had shingles knocked off of them, places where outside pools were turned over, everything you could see, I saw from the sky," he said at a news conference. 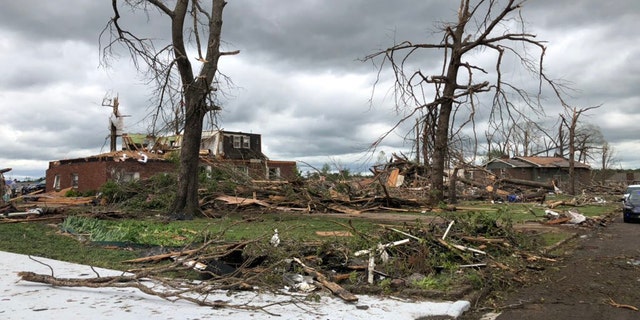 Ten people were killed in the greater Chattanooga area from the storms, including two in Hamilton County, and one in Marion County and seven in Murray County, Ga. 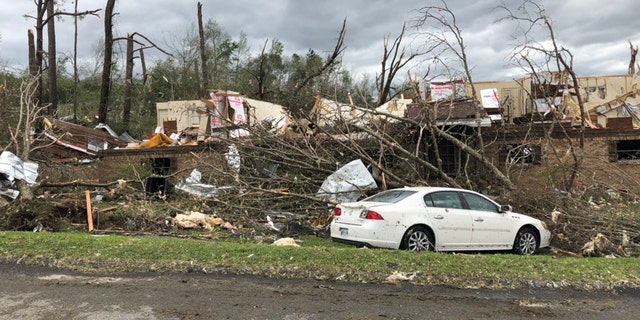 WLVT repotted that one of the victims, 29-year-old Rafael Jenkins, was killed when a tree fell on his home.

Fox News Senior Meteorologist Janice Dean said there were reports of close to 80 tornadoes linked to the violent weather.

"We had one reported tornado in Mississippi that tracked over 100 miles, so this was one for the record books in terms of how many tornadoes we had," Dean said on "Fox & Friends." 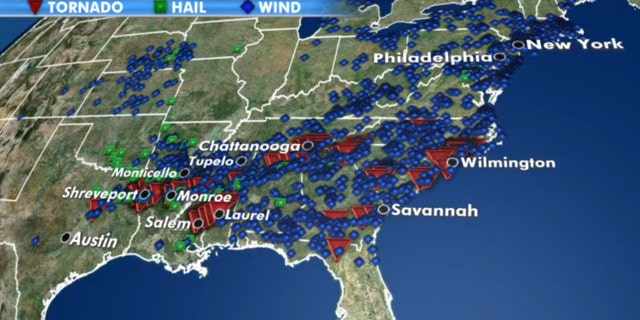 Storm reports in a two day period after a spate of severe weather across the South. (Fox News)

In a two-day period, storms stretched from Texas to Mississippi, and then further east to the Georgia coast and northward to Virginia. The National Weather Service (NWS) tallied hundreds of reports of trees down across the region, including many that punctured roofs and downed power lines.

"This is going to be a trying time for our friends in the South," Dean said Tuesday.