PUNE: In order to lower the burden on its personnel, the Central Railways has launched a robot named 'Captain Arjun'' for the screening of passengers for COVID-19 infection and surveillance on railway premises in Pune.

Union Railway Minister Piyush Goyal too took to Twitter and said, "Adding another feather in the cap, Railways launched a robot ‘Captain Arjun', a device for enhancing the safety of passengers."

He also shared a video showing the robotic Captain screening passengers in Pune.

Adding another feather in the cap, Railways launched a robot ‘Captain Arjun', a device for enhancing safety of passengers.

Preventing COVID-19, device is equipped with advanced features like:

Captain Arjun will help the Railway Protection Force (RPF) in Pune in keeping a close watch on anti-social elements. 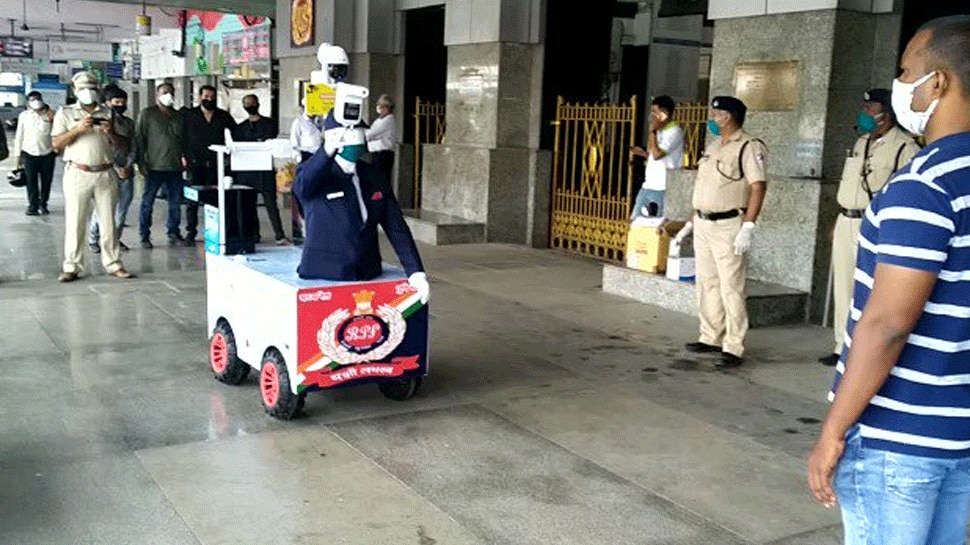 The Central Railways said that the robot will protect passengers and staff from any possible COVID-19 infection and enhanced their security when they board or de-board trains.

Captain Arjun is equipped with a motion sensor, one PTZ camera (pan, tilt, zoom camera) and one dome camera. The cameras use AI algorithms to track suspicious and antisocial activity, have an in-built siren, motion-activated spotlight H-264 processor and in-built internal storage for recording in case there is a network failure.

Captain Arjun does thermal screening and records the temperature in a digital display panel with a response time of 0.5 seconds and if the temperature is higher than the reference range, it sounds an abnormal automatic alarm.

The robot adopts a two-way communication mode, voice and video, and also speaks in the local language. It has speakers to spread awareness messages on Covid-19.

Captain Arjun also has a sensor-based sanitiser and mask dispenser and can move. The robot has a floor sanitisation facility with battery backup. It has rugged wheels that support all kinds of surfaces.

The success of this AI-enabled robot will give enough protective cover to passengers while undergoing screening with no manual encounters, according to Central Railways.

At the same time, its surveillance feature is expected to be a deterrent to any unusual occurrences and will ensure security on the railway premises, the officials said.