Catholic Church in Rome cancels all Masses, announces day of fasting and prayerclose 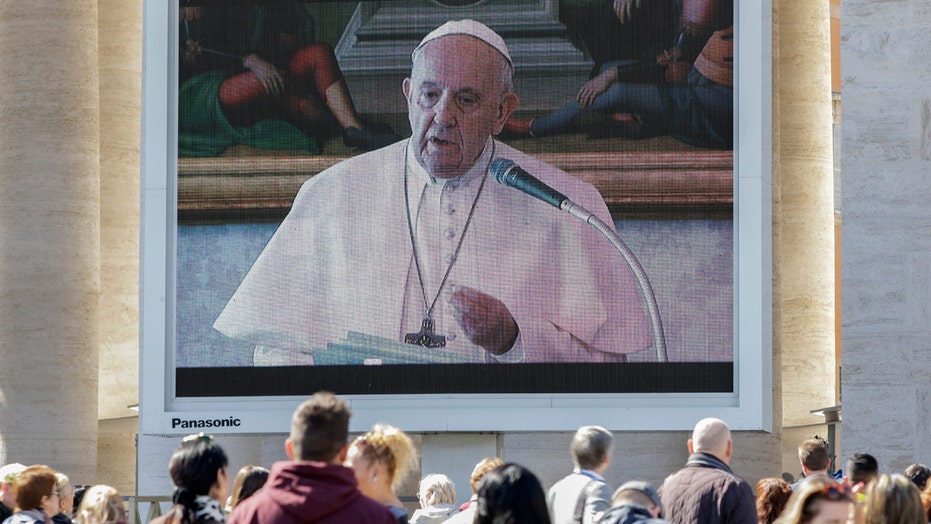 Italy is taking drastic measures by locking down large portions of the population after coronavirus cases double; Amy Kellogg reports from Florence.

The Diocese of Rome canceled the celebration of all Masses for nearly a month and announced a day of fasting and prayer in response to the coronavirus outbreak in Italy.

Sunday's announcement canceling Mass until April 3 follows a decree by the Italian government suspending all public religious services, as the nation copes with over 7,300 confirmed cases and at least 366 deaths. Churches are still open for private prayer but will not offer communal services, the Vatican explained.

“The season of Lent helps us to live this great trial evangelically," Cardinal Angelo De Donatis, vicar general of Rome, said in a statement March 8. 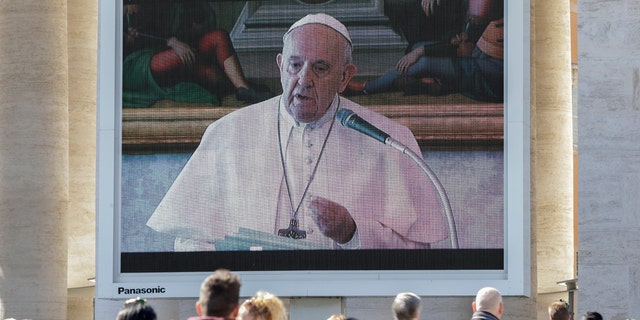 Faithful watch Pope Francis deliver the Angelus prayer on a giant screen, in St. Peter's Square, at the Vatican, Sunday, March 8, 2020. Italy's Prime Minister Giuseppe Conte announced a sweeping coronavirus quarantine early Sunday, restricting the movements of about a quarter of the country's population in a bid to limit contagions at the epicenter of Europe's outbreak. (AP Photo/Andrew Medichini)

All Catholics in Rome have been encouraged to observe on Wednesday a day of fasting and prayer for the victims of the coronavirus with a special televised Mass.

“In addition to fasting … we want to be close, with a sign of almsgiving by collecting offerings that we will donate in support of the health personnel who are spending generously and sacrifice in the care of the sick,” Donatis said, as well as "to ask of God help for our city, for Italy, and for the world”.

Last week, Pope Francis tested negative for the coronavirus after falling ill with a cough, chills and other flulike symptoms, the Il Messaggero newspaper reported.

“The cold with which the Holy Father was diagnosed is running its due course,” Vatican spokesman Matteo Bruni announced Friday, according to the New York Post. “He continues to celebrate Holy Mass daily and follow the Spiritual Exercises, as we have reported in recent days.” 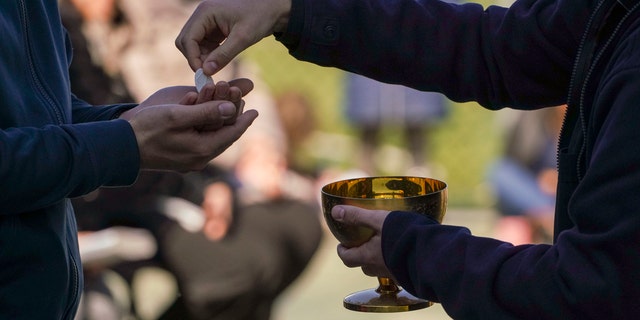 A priest offers a faithful the communion during a Sunday Mass outdoors mass celebrated in their parish soccer field, on the second Sunday of Lent, the first one after Italy's government's prevention measures on public gatherings, in Rome, Sunday, March 8, 2020. (AP Photo/Andrew Medichini)

The pope cut back on his schedule while sick, giving up a weeklong retreat but keeping his private meetings, according to Il Messaggero. Even so, with coronavirus fears escalating in Italy – and the fact that Francis had never canceled so many public events since assuming the papacy – his absence from the public raised concerns.

Around the world, other countries have been increasingly following the example set by China – where the virus first emerged late last year — by imposing travel controls and shutting down public events. China has suffered about three-fourths of the world’s 106,000 coronavirus infections and most of its nearly 3,600 deaths.