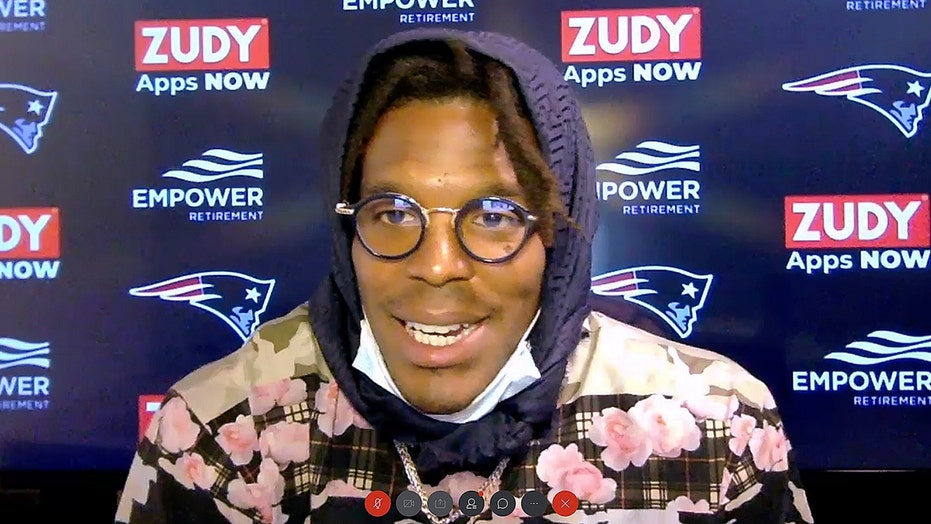 Following a crushing loss against the Niners on Sunday, Garcia took aim at Newton’s flashy post-game attire, saying that he needed to prove himself on the field before showing up in what he does to “bring more attention” to himself after a poor performance.

"You know what’s crazy, I agree with him and the fact that he’s a former player, he has every right to say that,” Newton told WEEI in an interview. “But, that’s another opinionated theory, and it’s fair to say.”

While he may have agreed with his assessment, Newton added that it changes nothing for him.

BROWNS’ ODELL BECKHAM JR. LIKELY OUT FOR THE SEASON WITH TORN ACL

Newton also spoke about getting benched after throwing three interceptions, saying that he just needs to play better going forward.

“I’m hearing a lot of what it could be. It’s simple. I have to play better. Let’s just point and say that,” Newton said.

He was only 9-for-15 with 98 passing yards before being benched for backup quarterback Jarrett Stidham. The Patriots would go on to lose 33-6 and are now 2-4 for the season.