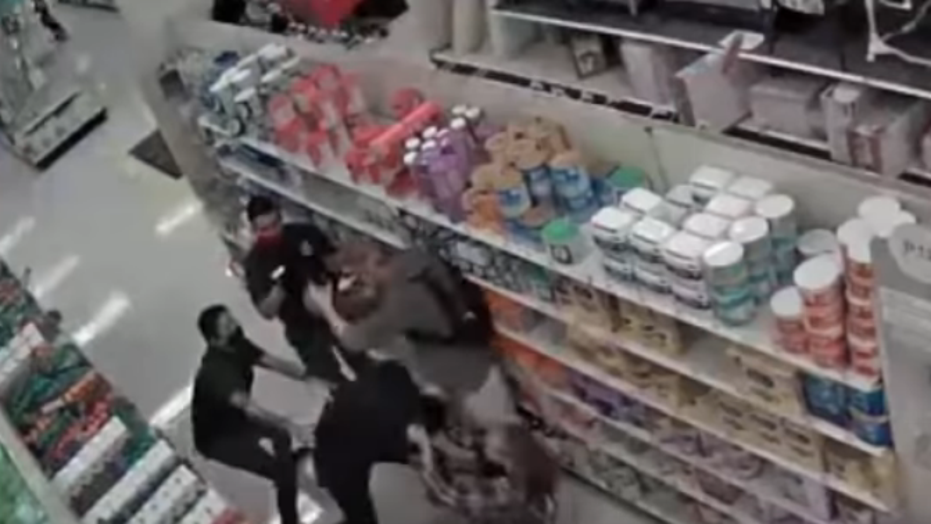 Two men in California were arrested after brawling and breaking the arm of a Target employee who confronted them for not wearing masks during the coronavirus pandemic, according to police on Monday.

Phillip Hamilton, 31, and Paul Hamilton, 29, entered the Los Angeles retail store around 10:20 a.m. on May 1, without masks on, police said. Video of the incident allegedly shows them being escorted out by employees after they refused to wear the protective gear.

"As they approached the exit, one suspect, suddenly without provocation, turned and punched a store employee, causing him and the suspect to fall to the floor," according to the Los Angeles Police Department. "While on the ground, the store employee broke his left arm. A fight erupted between the two suspects and store employees."

NO CHARGES TO BE FILED AGAINST CALIFORNIA MAN WHO WENT SHOPPING IN KKK HOOD: POLICE

After hitting the first security guard, the other was allegedly seen using his elbows to strike another employee who grabbed him in a bear hug, causing them both to fall to the ground. Several customers appear to step in to help towards the end of the video.

Paramedics transported the injured store employee to a local hospital where he was treated for his injuries, police said.

Target provided a statement to CBSLA on Monday.

"An unfortunate altercation occurred following a request from our team members that two guests at our Van Nuys store comply with the city order to wear face coverings while shopping," the company said. "We’re grateful for the support of local police and we’ll provide any information that can be helpful to their investigation.”

The two suspects were arrested the same day for felony battery, police said. Their bail was set at $50,000 bail but they were released from custody on May 5, according to jail records.

Los Angeles Mayor Eric Garcetti issued an emergency order in April that requires workers who provide non-medical essential services, and customers of these businesses, to wear face coverings while at work.

“We need to protect every worker on the front lines of this crisis,” Garcetti said. “Each one of us is a first responder in this emergency. Every employer should keep employees safe, and so should Angelenos patronizing these businesses. Cover up. Keep your distance. Save lives. It’s that simple.”

A similar order was issued by Los Angeles County officials. It took effect on April 15.

It's not clear if the two suspects were related.

#GoalsAtHome: Can you recreate Papiss Cisse’s stunner against Chelsea?