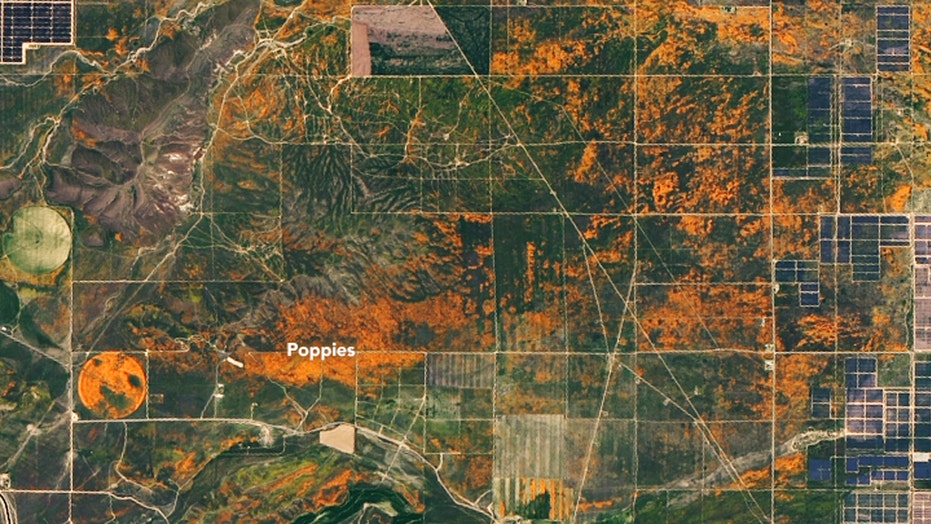 National forecast for Thursday, May 7

The famous poppy fields in California may have been off-limits due to the state's stay-at-home coronavirus order, but the vast blooms could still be admired from space.

Earlier this year, the state of California was facing drought conditions due to a lack of precipitation. But after significant rainfall in March and April, the U.S. Drought Monitor shows that only the northern part of the Golden State had drought conditions as of early May.

The boost in late-season rainfall helped the poppy fields of the state's Antelope Valley bloom, enough for the orange fields to be visible on satellite. 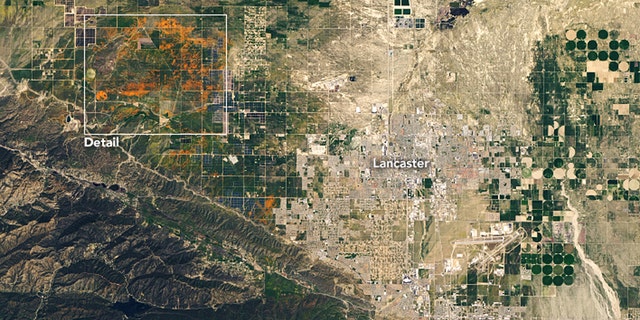 Poppy blooms in the Antelope Valley California Poppy Reserve can be seen on April 14, 2020. (NASA)

The images were taken when the flowers were at peak bloom. 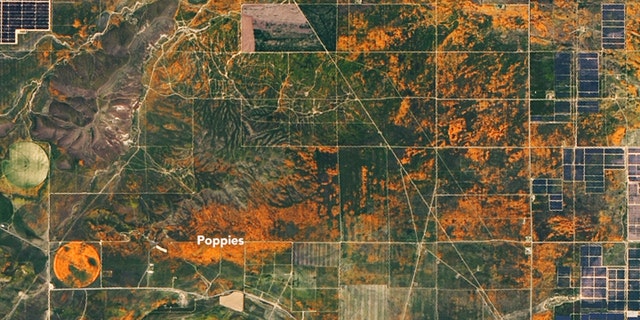 Poppy blooms in the Antelope Valley California Poppy Reserve can be seen on April 14. (NASA)

"While the orange poppies are easy to spot in satellite imagery, the fields also contain cream cups, forget-me-nots, purple bush lupines, and yellow goldfields (a relative of the sunflower)," according to NASA. 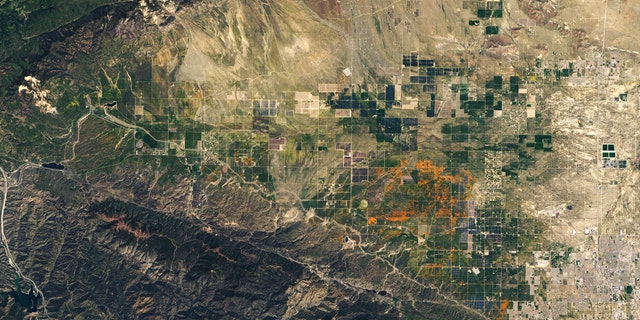 Poppy blooms in the Antelope Valley California Poppy Reserve can be seen on April 14, 2020. (NASA)

The flowers bloomed in April after the Lancaster area received around 10.5 inches of rain, almost 4 inches above normal.

Park officials called the blooms an “unexpected” surprise due to the late-season rains, which helped to extend the life of the poppies.

Officials in the Southern California city of Lake Elsinore were forced to shut down access to poppy-blanketed Walker Canyon after the crowds became so bad.

"Depending on the day or even hour, the orange patches may change in appearance," according to NASA. "The poppies open their petals during sunny periods, appearing like a large blanket over the landscape. The flowers tend to close during windy, cold periods."

While it looked spectacular on satellite, the flowers did not make it into May as hot weather returned to the Southwest.

On Saturday, the Antelope Valley California Poppy Reserve said on Facebook that last week's heat "rapidly diminished the bloom," with "almost all of the poppies" now gone to seed.

"It looks like the April rains weren't enough to get the bloom through to May," the park said.