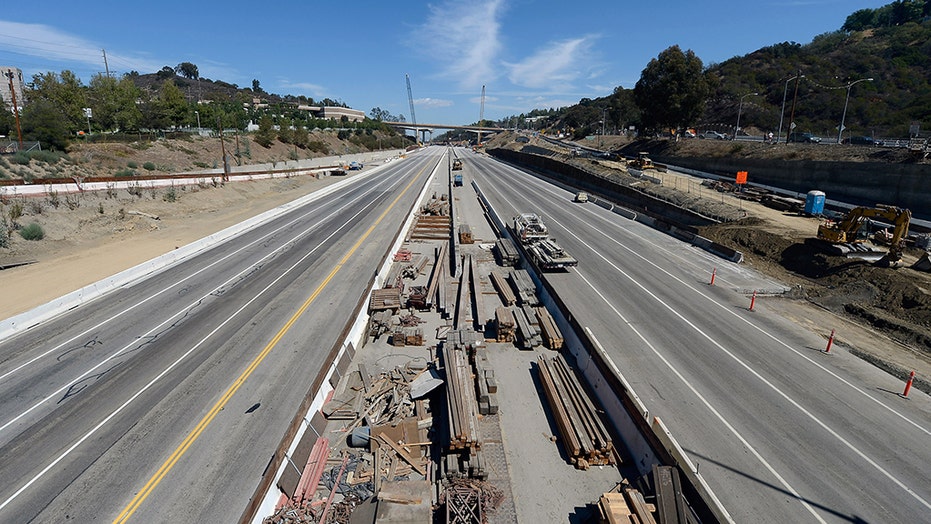 For most Angelenos, they remember where they were on the harrowing weekend eight years ago when Interstate 405 was shut down in both directions. They had been bracing for it for months, ready for the nightmarish hellscape that would undoubtedly unfold before them.

Well, nothing happened because residents stayed off the roads and all was well.

California highway officials are hoping for a repeat performance at the end of April as Carmageddon 2.0 threatens once more to rear its ugly head. 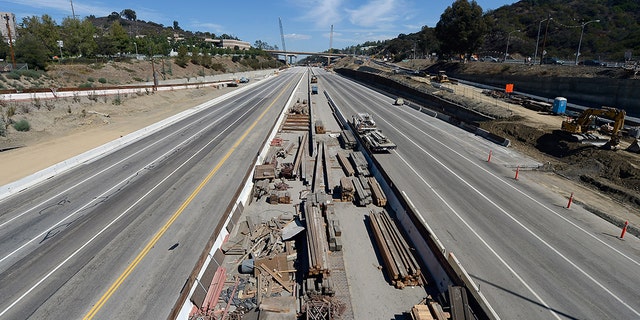 LOS ANGELES, CA – SEPTEMBER 29: All lanes of the 405 Freeway are empty except for construction trucks as crews continue to demolish a portion of the Mulholland Drive bridge along the 405 Freeway September 29, 2012 in Los Angeles, California. (Getty)

"This will be the largest freeway closure in Los Angeles since September 2012 when we closed Interstate 405 in both directions," John Bulinski, the state Department of Transportation's local director, said Thursday.

The once-ominous 2012 event, dubbed Carmageddon, crippled the city with fear at the chaos it would cause. But like so many things, in the end, the traffic jams that officials predicted would gridlock the city never materialized, as Los Angelenos got word and stayed home.

Still, officials trotted out this year — more than a month ahead of time on a hilltop parking lot in Burbank overlooking Interstate 5 — to warn about what could be hiding behind the corner.

"There is a large potential to affect not only traffic in the Burbank area but in the greater Los Angeles area," Capt. Tai Vong of the California Highway Patrol told reporters. "So if you absolutely do not need to be on the I-5 Freeway in this area during the closure, please just stay away."

"We've been through this … with Carmageddon," Vong continued, noting how in 2012 the hundreds of thousands of people who normally use Interstate 405 every day just went elsewhere. "And the mass traffic chaos everybody predicted never materialized."

As Interstate 405 was, Interstate 5 is being closed as construction workers tear down a bridge so they can widen the freeway and add a pair of carpool lanes.

The $350 million project will provide 13 miles of continuous carpool lanes through a notoriously congested roadway that 230,000 vehicles traverse daily. 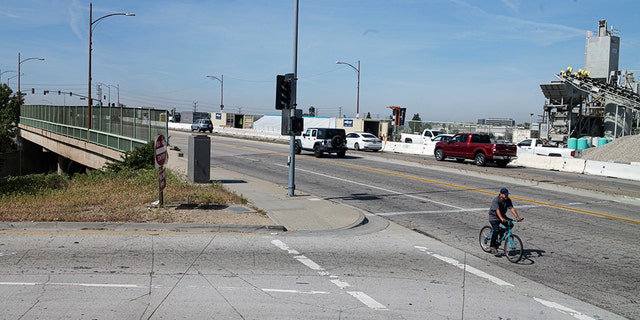 Caltrans announced during a news conference in Burbank, Calif. on Thursday, March 5, 2020 the closure of the I-5 freeway through Burbank for 36 hours The closure will be done to demolish the Burbank Blvd bridge, pictured, which will be replaced to accommodate new carpool lanes on the freeway. (David Crane/Los Angeles Daily News via AP)

As they did in 2012, transit officials will be posting freeway signs 50 miles or more away warning people to exit the 5 before they get to Burbank. Officials rattled off a number of alternate routes that will get motorists around Burbank or even get them there, although it may take a little longer than usual.

If they don't take the routes, officials say, they could end up backing up traffic so far it will block all of them, making it difficult to impossible to get to stores, hospitals and even the Hollywood Burbank Airport.

“We are a little concerned,” said Jay Desai, one of the managers of Bob's Discount Furniture, which overlooks the section of freeway that will be closed. The store doesn't plan to close, however, but is getting the word out to customers to take other ways in.

Edgar Sanchez, who washes windows in the area, says he'll either stay away that weekend or plan another way in.

“It's always best to plan ahead and find solutions rather than problems,” he said.

Syrian girl, 11, to become fifth-youngest Olympian to ever compete

At Black-owned funeral homes, many staffers are burying their own colleagues.