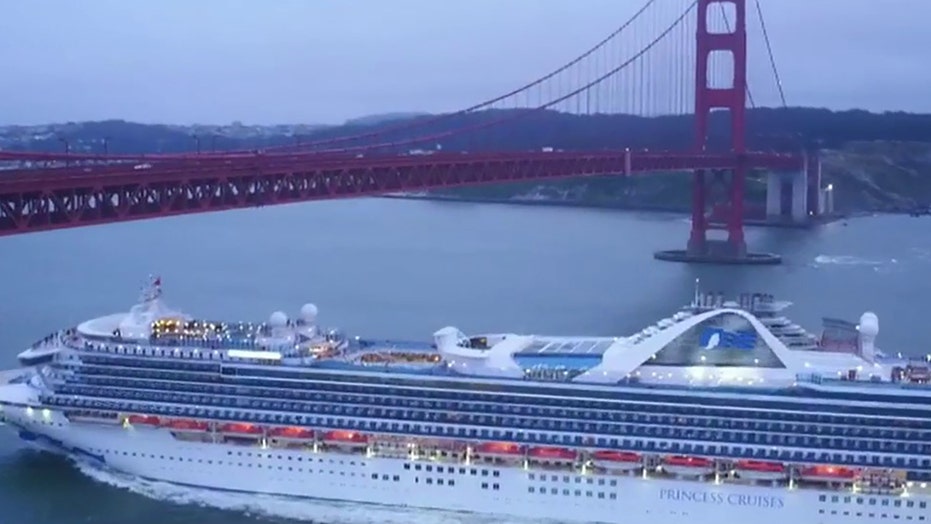 Coronavirus test results were expected Friday for some passengers and crew aboard a cruise ship held off the California coast.

The Grand Princess lay at anchor near San Francisco on Thursday after a traveler from a previous voyage died of the disease and at least four others became infected. While the more than 3,500 aboard the 951-foot (290-meter) vessel were ordered to stay at sea as officials scrambled to keep the virus at bay, only 45 were identified for testing, Princess Cruises said in a statement.

“The ship will not come on shore until we appropriately assess the passengers,” California Gov. Gavin Newsom said. 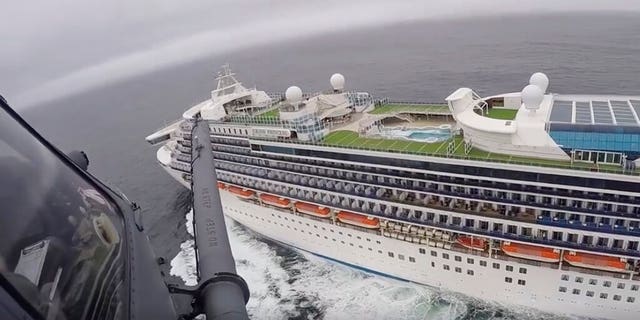 A Sacramento-area man who sailed on the ship in February later succumbed to the coronavirus. Two other passengers from that voyage have been hospitalized with the virus in Northern California, and two Canadians who recently sailed aboard the ship tested positive after returning home, officials said.

Northern California officials also are awaiting test results from a man who died Thursday after being on a cruise where others have tested positive.

Meanwhile, the U.S. death toll from the coronavirus climbed to 12 on Thursday, with all but one victim in Washington state, while the number of infections swelled to over 200, scattered across 18 states. Colorado and Nevada reported their first cases.

Nine of the dead were from the same suburban Seattle nursing home, now under federal investigation. Families of nursing home residents voiced anger, having received conflicting information about the condition of their loved ones. One woman was told her mother had died, then got a call from a staffer who said her mother was doing well, only to find out she had, in fact, died, said Kevin Connolly, whose father-in-law is also a facility resident. 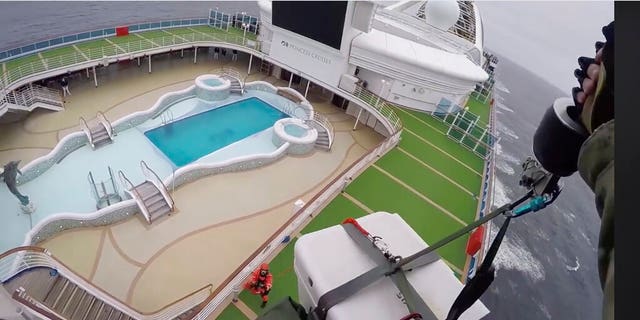 Scrambling to keep the coronavirus at bay, officials ordered a cruise ship with 3,500 people aboard to stay back from the California coast Thursday until passengers and crew can be tested, after a traveler from its previous voyage died of the disease and at least two others became infected.. (California National Guard via AP)

"This is the level of incompetence we're dealing with," Connolly said at an emotional news conference in front of the Life Care Center in Kirkland.

The federal investigation of the nursing home will determine whether it followed guidelines for preventing infections. Last April, the state fined it $67,000 over infection-control deficiencies after two flu outbreaks.

The coronavirus has infected more than 98,000 people worldwide and killed over 3,300, the vast majority of them in China.

U.S. Assistant Secretary for Health Brett Giroir cited a model that included mild cases to say the U.S. could expect a death rate somewhere between 0.1% — akin to the seasonal flu's — and 1%. The risk is highest for older people and anyone with conditions such as heart or lung disease, diabetes or suppressed immune systems. 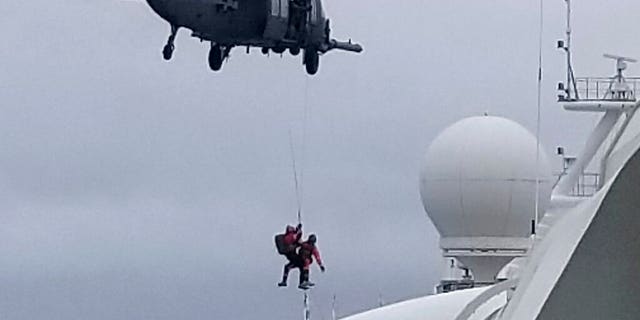 Some major businesses in the Seattle area, where researchers say the virus may have circulated undetected for weeks, have shut down some operations or urged employees to work from home. That includes Microsoft and Amazon, the two tech giants that together employ more than 100,000 people in the region. The 22,000-student Northshore district announced it will close for up to two weeks as a precaution.

With many commuters off the road, traffic on the Seattle area's notoriously congested freeways were much lighter Thursday.

King County is buying a motel for $4 million to house patients and hopes to have the first of them in place within days at the 84-room EconoLodge in Kent, about 20 miles (32 km) from Seattle. The rooms' doors open to the outside rather than to a central hallway, reducing the likelihood of contact between patients.

The plan was met with resistance from local leaders, including Kent Police Chief Rafael Padilla, who called it “ill-advised and dangerous” and warned: “At any point a patient can simply walk into our community and spread the virus.”

Around the country, New York's mayor implored the federal government to send more test kits to his state, which saw its caseload double overnight to 22, all of them in or near the city. Gap Inc. said it has closed its New York office and is asking employees to work from home “until further notice” after learning that one of its employees was confirmed to have the new virus.

In Rhode Island, about 200 people were quarantined because of their connections to a school trip to Italy that has so far resulted in three cases. Amid four cases in Florida, Gov. Ron DeSantis said the risks remain low for most people planning trips to the state for spring break or baseball's spring training.

On Wall Street, fears about the outbreak led to a sharp selloff, with the Dow Jones Industrial Average falling 970 points, or 3.6%. The drop extended two weeks of wild swings in the market, with stocks fluctuating 2% or more for the fourth day in a row.

The ship off California was returning to San Francisco after visiting Hawaii. Some of the passengers remained on board after sailing on its previous voyage, to the Mexican ports of Puerto Vallarta, Manzanillo, Mazatlan and Cabo San Lucas.

Princess Cruise Lines said that no cases of the virus had been confirmed among those still on the ship. But dozens of passengers have had flu-like symptoms over the past two weeks or so, said Mary Ellen Carroll, executive director of San Francisco's Department of Emergency Management.

"Once we have results from the tests," she said, authorities "will determine the best location for the ship to berth.”

A military helicopter lowered by rope and later retrieved the test kits Thursday, bound for a lab in Richmond, California, authorities said.

Michele Smith, a Grand Princess passenger, posted video of the helicopter to Facebook. Another video shows a crew member wearing gloves and a mask and spraying and wiping a handrail.

“We have crews constantly cleaning our ship,” Smith is heard saying.

In a post, Smith said she and her husband are not quarantined and were told only the people who had been on the Mexico voyage or those showing flu-like symptoms had to isolate.

“Spirits are as high as can be under these circumstances. We are blessed to be healthy, comfortable and well-fed,” she wrote.

But a late-night statement Thursday from the cruise line said all guests were asked to stay in their rooms while results were awaited, following CDC guidelines.

A passenger from the Mexico voyage, Judy Cadiz of Lodi, California, said she and her husband became ill afterward but did not given it much thought until learning a fellow traveler had died of the virus. Now, they cannot get a straight answer about how to get tested, she said.

With Mark Cadiz, 65, running a fever, the couple worries not only about themselves, but about the possibility that — if they contracted the infection — they could have passed it on to others.

“They're telling us to stay home, but nobody told me until yesterday to stay home. We were in Sacramento, we were in Martinez, we were in Oakland. We took a train home from the cruise,” Judy Cadiz said Thursday. “I really hope that we're negative so nobody got infected.”