A California man was sentenced Monday to more than five years in prison for using multiple Instagram accounts to harass the survivors and families of students killed in the Parkland shooting massacre.

Brandon Fleury, 22, of Santa Ana, was convicted by a jury in October of three counts of cyberstalking and one count of transmitting a kidnapping threat. 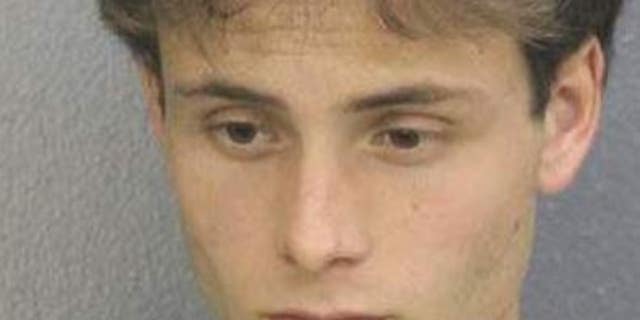 Brandon Fleury will spend more than five years behind bars after using Instagram to harass and threaten the families of the Parkland shooting victims. (Broward County Sheriff's Office)

Trial evidence showed that between December 2018 and January 2019, Fleury used several Instagram accounts to threaten and harass families of victims of the Valentine's Day 2018 shooting at Marjory Stoneman Douglas High School, which left 17 dead and 17 wounded.

In some messages, he claimed kinship with and even impersonated shooting defendant Nikolas Cruz. In others, he invoked the names of infamous serial killers such as Ted Bundy.

"I killed your loved ones hahaha," one message said. "Did you like my Valentines gift? I killed your friends," said another.

One of his user names was "nikolas.cruz.killed.your.sister," court records show. According to court documents, one message from that account said: "Hahaha she had her whole life ahead of her and I STOLE IT FROM HER."

In court papers, Assistant U.S. Attorney Ajay Alexander said the victims “lived in constant fear that the individual bombarding them" with the messages would follow in Cruz's footsteps.

"The victims deserve justice. They deserve to live in peace and with the belief that they are safe and secure," Alexander said.

Authorities also found thousands of saved images of Bundy, images of the targeted victims and screenshots of the messages that he had sent the victims on Fleury's electronic devices.

There was ample testimony at Fleury's trial that he is autistic. His attorney, Sabrina Puglisi, said she had hoped the judge would give greater weight to his mental issues in imposing a sentence.

"I think that it's a high sentence given Brandon's background and other similarly situated cases, but I believe that the judge felt the need to have the sentence send a message to others that are out there on the Internet doing this bad behavior," Puglisi said.

U.S. District Judge Rodolfo Ruiz, who imposed the sentence on Fleury, rejected a request by prosecutors for the maximum 20-year sentence.

DRC Bishops: The country can recover and improve