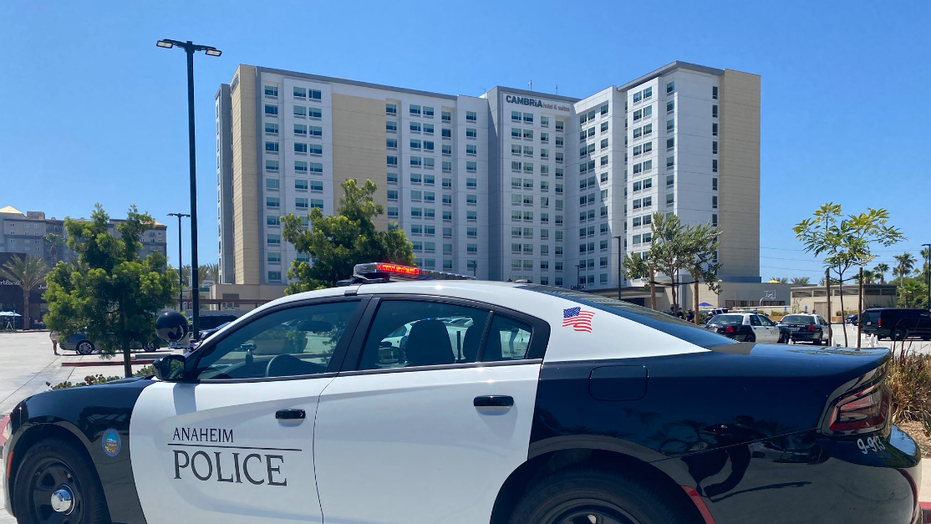 Man or mouse? Brawlers likely found out pretty fast Wednesday when a massive fight broke out at a California hotel near Disneyland.

As many as 100 people let their fists fly, resulting in at least two people hospitalized and two taken into custody, according to authorities.

Police responded just after 12:30 p.m. local time to the Cambria Hotel & Suites in Anaheim, where they immediately saw about 40 people fighting outside and another 50-60 battling inside. Authorities described the scene as “pandemonium.”

“It was men and women, adults and juveniles,” Anaheim police Sgt. Shane Carringer told the Orange County Register. “It sounds like people had broomsticks and whatever objects they could find in the hotel."

Dozens of officers from multiple departments were called to the scene due to the size of the brawl and the hotel was placed on lockdown while they determined if anyone needed further medical assistance, reports said. The lockdown was cleared around 3 p.m.

At least two victims were taken to a hospital with non-life-threatening injuries, while a man and a boy were arrested for fighting in public and obstructing a peace officer, the paper reported. Carringer believed the melee was not confined to one group of people and that all those involved were either patrons or guests of the hotel.

Police didn't immediately know what sparked the melee, except that it began in the pool area.

“It looks like it just snowballed, and developed and grew,” Carringer said, according to the Register.

Raymond Brown, 11, told Los Angeles's KTLA-TV the free-for-all began when he playfully pushed his cousin into the hotel pool and the boy landed on some other children. It sparked threats of a fight from others which quickly drew in adults.

“Then they all went to the basketball court, and then we got in the hotel and they just started throwing bottles and stuff at us and then we started fighting,” he said.

Detectives plan on reviewing surveillance videos to gain a clearer picture of exactly what transpired, according to the paper.

Carringer added the hotel was "unfortunately" not enforcing social distancing guidelines requested by the county.

"We are going to start working with all of our city and county resources to make sure we can get compliance from the hotel,” he told the station.

Cambria Hotel & Suites is located near Disneyland and Disney’s California Adventure. Both theme parks remain closed because of the coronavirus pandemic. The hotel resumed full operations by Wednesday evening.