A Southern California man sleeping in his bedroom Saturday night may have wished he was still dreaming when a car crashed into his home and pinned him against a wall.

The sleeping man survived with minor injuries after the car plowed through a utility pole and into his home in Riverside at around 1 a.m., the fire department said in an incident report.

Riverside firefighters arrived to find the man pinned between the car and a wall, officials said. The firefighters used the Jaws of Life to cut the man free. He was taken to a hospital for treatment. 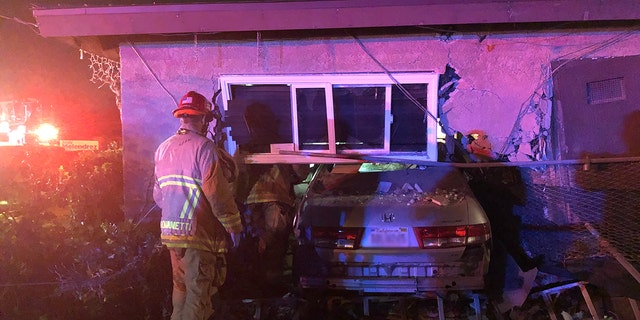 The car barreled into a home and almost completely entered the residence, where it pinned a sleeping man against a wall. (City of Riverside Fire Department)

“(He) got very lucky,” Battalion Chief Bruce Vanderhorst told the Press-Enterprise. The home, however, was not as fortunate, with fire officials estimating $200,000 in damages. 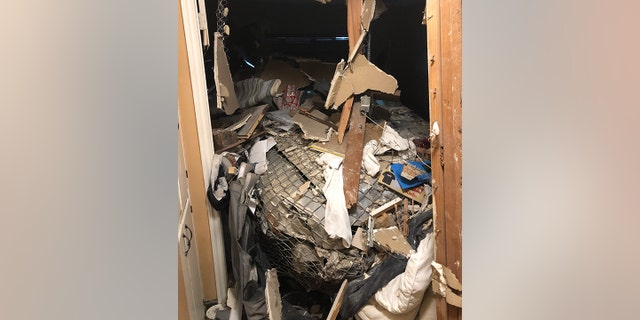 The two occupants in the car were checked for injuries before being turned over to police, fire officials said.

The 22-year-old driver was arrested on suspicion of driving under the influence of alcohol and causing injury, and DUI with a blood-alcohol level higher than .08 causing injury, the paper reported. Both charges are felonies.

The passenger, also 22, was cited on suspicion of public intoxication, according to the paper.