Brooks Koepka out of US Open with lingering injury

Brooks Koepka out of US Open with lingering injuryclose 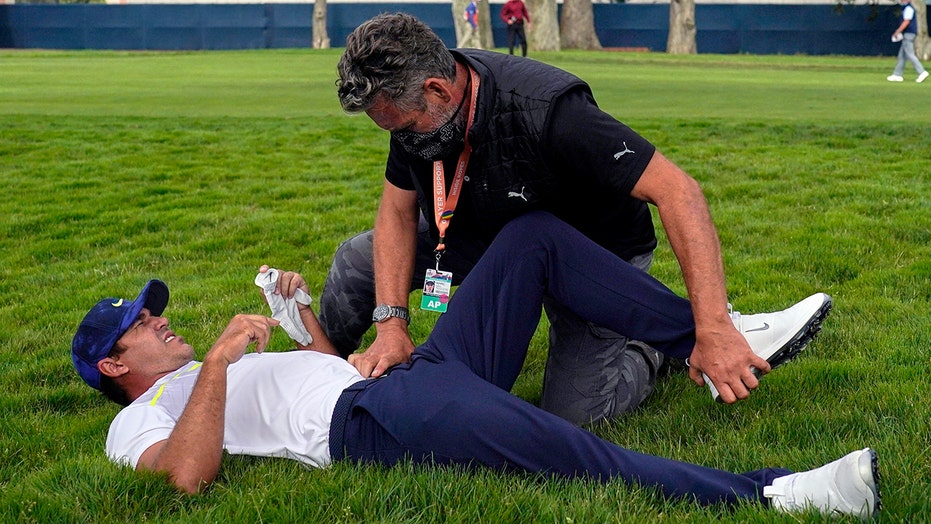 Two-time champion Brooks Koepka withdrew from the U.S. Open on Wednesday because of lingering pain in his left knee that has troubled him for most of the year.

Koepka had played eight times in a 10-week span, including six in a row, to try to catch up from missing so much time from a knee injury suffered last October. It reached a point where he withdrew before the start of the FedEx Cup playoffs, ending his season in the hopes that time off would help.

“Unfortunately, I have decided to withdraw from next week's U.S. Open,” Koepka said. “I'm looking forward to getting healthy and competing at 100% again very soon.”

Koepka was replaced in the field by Paul Waring, the first alternate based on the Aug. 23 world ranking.

Even after having gone more than a year since his last victory, he would have been looked upon as one of the favorites at Winged Foot for no other reason than his reputation for playing his best in the biggest events.

He went back-to-back in the U.S. Open at Erin Hills and Shinnecock Hills, and he nearly became the first player in more than a century to win three straight until Gary Woodland held him off in the final hour at Pebble Beach last year.

Koepka also is a back-to-back PGA champion who nearly made it three in a row at Harding Park until he faded to a 74. He wasn't at his best that week, which was evident when a trainer came out and worked on his hip.

“We thought the last few weeks would help, but he needs more time to compete at 100% spent,” said Blake Smith, his manager at Hambric Sports. “He's super bummed, but he'll come back bigger and stronger.”

Koepka now gets at least another month of rest — he has said this isn't an injury that needs surgery — before contemplating whether he can play the CJ Cup in Las Vegas or the Zozo Championship in California, two big events that would lead into the Masters in November.

It was at the CJ Cup last year in South Korea where Koepka first ran into trouble. He had had stem cell treatment on his left knee during the short offseason but had to withdraw in South Korea when he slipped on a wet slab of concrete while walking off the tee and landed awkwardly. He missed three months and then had to wait another three months as golf shut down because of the COVID-19 pandemic. He ended the season at No. 104 in the FedEx Cup.

This will be the third major Koepka has had to miss with injury. He was not at the 2016 British Open because of an ankle injury, and he missed the 2018 Masters with a wrist injury.

Patriots’ Damien Harris expresses support for Planned Parenthood for campaign, gets ruled out before loss