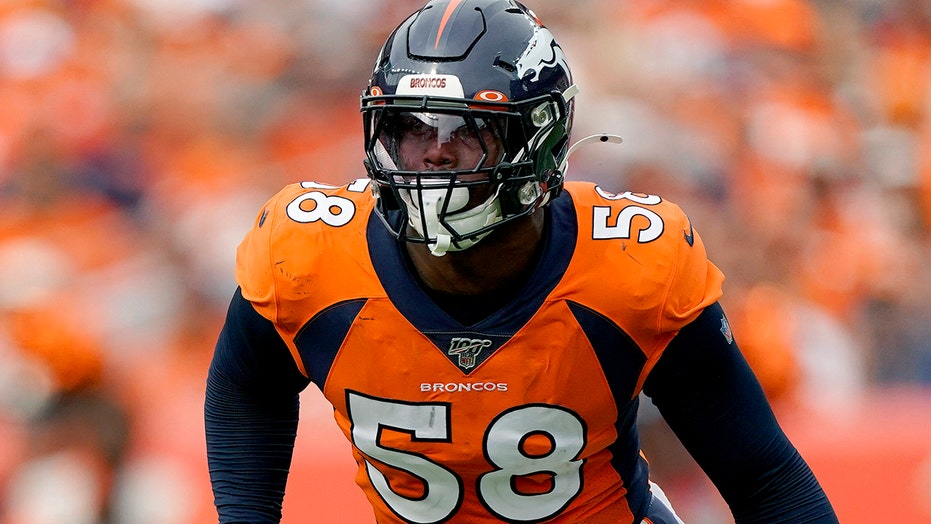 Denver Broncos star linebacker Von Miller tweeted Thursday night that he tested negative for the coronavirus two weeks after announcing he had been diagnosed with COVID-19.

“Got my results back. Im ‘negative’ for Covid-19,” Miller tweeted.

Miller went public with his diagnosis on April 16, saying he wanted to show that the virus could affect anybody, even a young, world-class athlete in tip-top shape.

Miller, who has asthma, was under the care of Broncos team doctors and quarantined at his Denver area home over the last two weeks.

Through a broadcast on Instagram Live during the NFL draft last weekend, Miller offered some entertaining draft analysis through an N95 mask from his home.

Miller is the second active NFL player to acknowledge testing positive during the coronavirus pandemic that has sickened more than 3 million people globally and killed over 230,000 people worldwide, including about 63,000 confirmed deaths in the U.S.

The Super Bowl 50 MVP is the highest-profile American athlete to announce he’s contracted COVID-19. In March, NBA star Kevin Durant was among several members of the Brooklyn Nets to test positive.

Before the draft, Broncos general manager John Elway said, “I’m proud that Von’s coming out and helping everybody with the seriousness of the COVID-19 virus. It goes to show you that it can affect anybody. I’m glad Von’s doing fine, which is good, but also hopefully it brought more attention to it.”

Formula 1: Hungarian Grand Prix to be held without fans