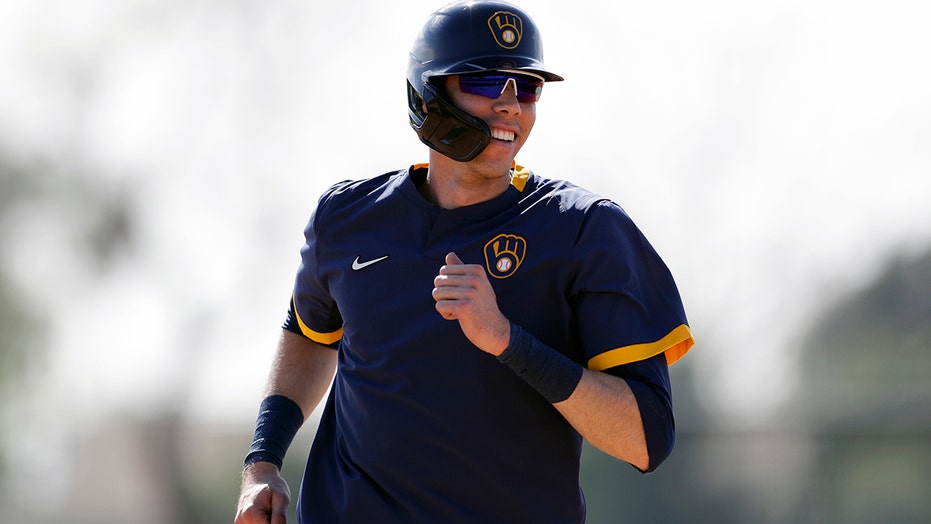 The Milwaukee Brewers have reached a deal Christian Yelich that will keep the former National League Most Valuable Player in their lineup for several more years.

Brewers general manager David Stearns announced Friday the team has signed Yelich to a nine-year contract running through the 2028 season with a mutual option for 2029. Terms weren't disclosed.

The Athletic first reported that the Brewers and Yelich were closing in on a deal.

“I could not be happier that I am a Milwaukee Brewer for the next decade,” Yelich said in a statement. “I want to thank the Brewers organization, my teammates, and the best fans in baseball for their support. I am excited to be staying in Milwaukee and playing the game that I love for this amazing city.”

The 28-year-old outfielder had two years plus a club option remaining on the seven-year, $49.5 million contract he signed in March 2015, when he was still with the Miami Marlins. He was due to make $12.5 million this season and $14 million next season.

Yelich has been arguably the National League’s productive player in the two seasons since the Brewers acquired him from Miami. During his two seasons in Milwaukee, the Brewers have made back-to-back playoff appearances for the first times since 1981-82, when they were still in the American League.

His .327 batting average over the past two seasons leads the majors. Over the last two years, Yelich also ranks second in the majors in on-base percentage (.415), slugging percentage (.631) and OPS (1.046).

“Christian is everything you could want as the face of a franchise – from his incredible performance on the field, to his leadership as a teammate, to his dedication to the community,” Brewers chairman and principal owner Mark Attanasio said in a statement.

Yelich was chosen the 2018 NL MVP during his first year in Milwaukee while helping the Brewers reach the NL Championship Series, where they lost to the Los Angeles Dodgers in seven games. He led the NL in batting average (.326), slugging percentage (.598) and OPS (1.000).

He finished second to Los Angeles’ Cody Bellinger in the NL MVP balloting last season as the Brewers returned to the playoffs before losing to the eventual World Series champion Washington Nationals in the wild-card game. He led the NL in batting (.329), on-base percentage (.429) and slugging percentage (.671).

Yelich missed the last few weeks of the 2019 season and the playoff game after he fractured his right kneecap when he fouled a ball off himself on Sept. 10.

The Brewers landed Yelich in a January 2018 trade that sent prospects Lewis Brinson, Isan Diaz, Monte Harrison and Jordan Yamamoto to Miami. Yelich had expressed his disappointment with the Marlins after the team cut payroll by dealing outfielders Giancarlo Stanton and Marcell Ozuna following the 2017 season.

WFP and UNICEF: End the violence and protect children in Syria