Brett Favre disputes he was paid for no-show work in Mississippi: ‘100 percent not true’

Brett Favre disputes he was paid for no-show work in Mississippi: '100 percent not true'close 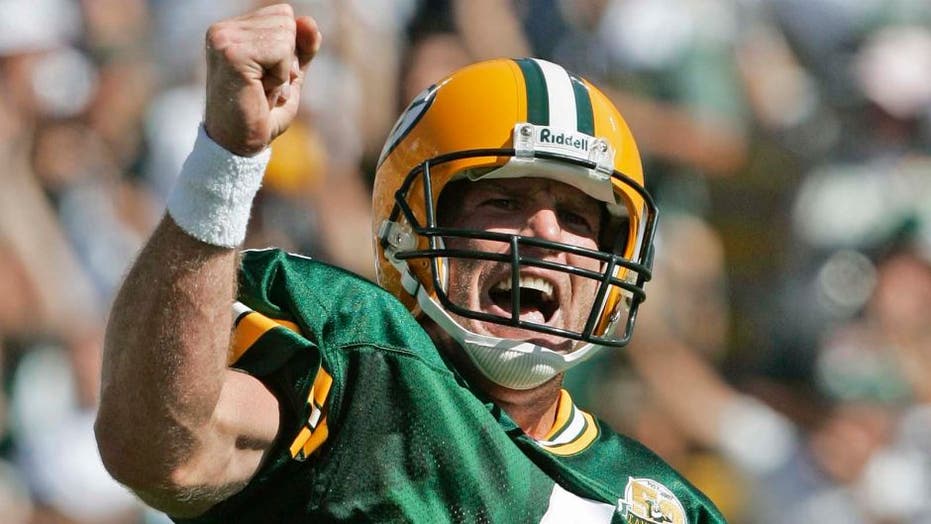 Hall of Fame quarterback Brett Favre denied the $1.1 million in welfare money he received from Mississippi was for speaking engagements he didn’t actually attend.

Favre’s dispute of a Mississippi state auditor’s report came in an interview Friday on ESPN Wisconsin’s “Wilde & Tausch” show. He said he was being paid for a role in public service announcements and advertisements that ran for years in Mississippi. He said he would repay the money.

“I did ads that ran for three years, was paid for it, no different than any other time that I’ve done endorsements for other people, and I went about my way,” Favre said. “For [the auditor] to say I took $1.1 million and didn’t show up for speaking engagements is absolutely 100 percent not true.”

Favre insisted the money had nothing to do with scheduled speaking engagements. and that he has “never no-showed anybody.”

“That’s not me. I mean, I would certainly never do anything like that,” Favre said, adding that he wasn’t aware the money he was receiving came from welfare funds.

RAVENS' EARL THOMAS GIFTED FLASHY NECKLACE BY WIFE AFTER SHE ALLEGEDLY HELD HIM AT GUNPOINT: REPORT

Shad White, the Mississippi state auditor, said his team identified $94 million in questionable spending by the Mississippi Department of Human Services, including payments for sports activities that appear to have no clear connection to help those in need throughout the state.

According to the audit, Favre received payments from the Mississippi Community Education Center (MCEC), which had contracts with the Department of Human Services to spend money through the Temporary Assistance for Needy Families program. Favre Enterprises was paid $500,000 in December 2017 and $600,000 in June 2018 for speeches at three events, according to the audit.

The auditor determined that “the individual contracted did not speak nor was he present for those events.”

White said Friday leaders from the state’s education center told his office Favre was paid to give three speeches, cut a radio ad, and give one keynote address. White said it was noted in a contract signed by Favre Enterprises’ chief financial officer.

When auditors asked whether Favre performed, he said the education center provided one audio clip of a radio ad. White said his staff found the former quarterback never attended the events.

“If Mr. Favre is stating that MCEC never informed him that he was required to be at those events as a part of their agreement, then this, of course, would be one of the many lies MCEC leadership told my auditors through the course of this audit,” White said. “We arrested key MCEC leadership in February for the pervasive fraud at their organization.”

White said last week his office received $500,000 from Favre plus a commitment he will repay another $600,000 in installments over the next few months.

iPhone 11 vs. iPhone 11 Pro: The main differences you should care about – CNET

iPhone 11 vs. iPhone 11 Pro: The main differences you should care about - CNET