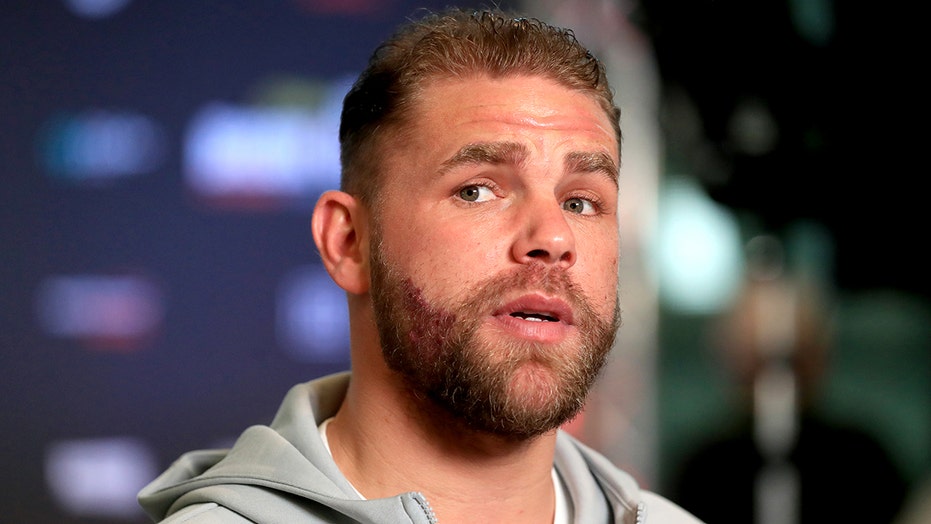 British boxing champion Billy Joe Saunders was indefinitely suspended Monday after a video appeared to show him giving instructions on how to deal with women during the lockdown over the coronavirus outbreak.

Saunders had since apologized for the video, saying he “would never condone domestic violence.” But it didn’t do anything to alleviate the British Boxing Board of Control’s decision to suspend him.

“The British Boxing Board of Control having considered comments made by Billy Joe Saunders on social media have suspended his boxer’s license pending a hearing under the Board’s misconduct regulation, at a time and venue to be confirmed as soon as possible,” General Secretary Robert W. Smith said in a statement.

The video, which surfaced over the weekend, showed the WBO super middleweight champion in his garage punching a bag and told men how to act with women who are “giving you mouth” during the coronavirus outbreak, according to Sky News.

“I just wanted to make a little video for all you dads, husbands, if you've got girlfriends, et cetera,” Saunders said. “Obviously this COVID-19 is getting very serious and we are isolated away in tight spaces.”

“If your old woman is giving you mouth and you try to be patient, you try to be calm, cool, but after the sixth day you're just about to explode," Saunders said, later showing how the viewers should hit women.

He then proceeded to throw a wicked right hand at the punching bag.

Boxing promoter Eddie Hearn said he was “appalled” by the video.

“It was so idiotic, it was so frustrating because I know Billy well. He's a really good kid, with a really good heart… but every now and again he does the most stupid things,” Hearn told TalkSport.

Saunders said in an apology he would “never condone domestic violence.”

“I have a daughter and if a man laid a finger on her it would be end well [sic],” he said.

His account has been down since the apology, according to Sky News.