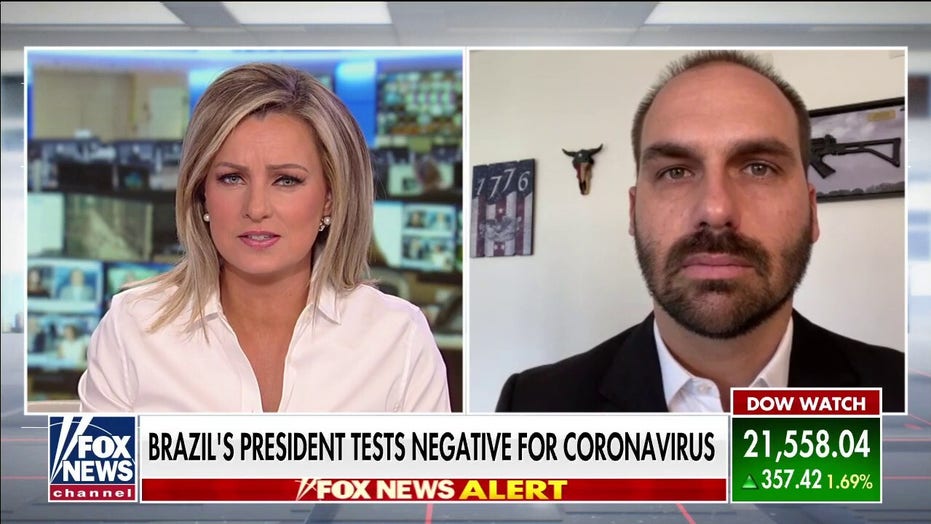 The "biggest threat" to Brazil’s efforts to address a public health crisis amid surging coronavirus cases is the nation's president, Jair Bolsonaro, according to a British medical journal.

In an editorial, The Lancet criticized Bolsonaro for politicizing the pandemic and taking an all-too casual approach to handling his nation’s response.

The journal published the piece in response to Bolsonaro’s exchange with a journalist in which he dismissively responded to concerns over the country's record numbers of new COVID-19 cases. 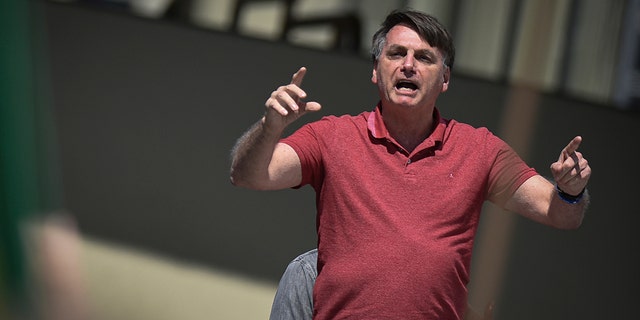 Brazil's President Jair Bolsonaro speaks to supporters during a protest asking for military intervention in front the army's headquarters during the new coronavirus pandemic, in Brasilia, Brazil, Sunday, April 19, 2020. Bolsonaro came out in support of a small protest Sunday that defended military intervention, infringing his own ministry's recommendations to maintain social distancing and prompting fierce critics. (AP Photo/Andre Borges)

Bolsonaro has repeatedly downplayed the spread of the virus — which has killed more than 270,000 people worldwide. Recently, a journalist asked him about the rapid spread of coronavirus in Brazil, to which the far-right president responded: "So what? What do you want me to do?"

The editorial outlines how Justice Minister Sérgio Moro resigned following Bolsonaro’s decision to fire the head of the federal police, as well as Bolsonaro’s history of budget cuts to health and science services, and “a more general demolition of social security and public services.”

“Such disarray at the heart of the administration is a deadly distraction in the middle of a public health emergency and is also a stark sign that Brazil's leadership has lost its moral compass, if it ever had one,” the editorial states. 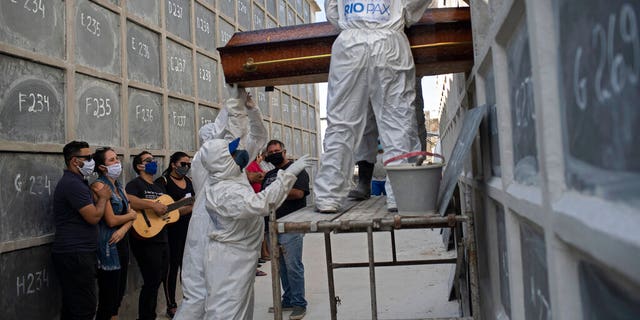 The family of Carmen Valeria watch her remains as they are placed into a niche by cemetery workers at the Iraja cemetery in Rio de Janeiro, Brazil, Thursday, April 30, 2020. The family suspects the 76-year-old died from COVID-19. (AP Photo/Silvia Izquierdo)

Brazil has fast become a global hotspot for the virus, confirming 10,611 new cases on Saturday, bringing the reported total to 156,061 with more than 10,000 deaths.

Critics say Bolsonaro has exacerbated the crisis by openly ignoring the lockdown measures introduced by mayors and governors around the country.

BRAZIL SEES SPIKE IN CORONAVIRUS CASES, WITH SOME HOSPITALS OVERLOADED 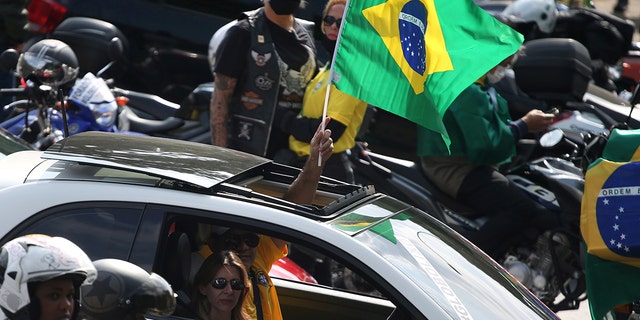 On Friday, Bolsonaro said he planned to “commit a crime” by hosting a barbecue for friends, cabinet members and other public servants, according to the Brazilian Report. He joked that he wouldn’t serve alcohol and that guests would have to chip in to cover the costs of the party.

The party was reportedly canceled after an outcry, local media reported.

The rest of the country is engaged in trying to combat the pandemic, with a focus on the production of protective gear, respirators and testing kits.

“These are hopeful actions. Yet, leadership at the highest level of government is crucial in quickly averting the worst outcome of this pandemic, as is evident from other countries,” the editorial concludes.

“Brazil as a country must come together to give a clear answer to the “So what?” by its President. He needs to drastically change course or must be the next to go.”