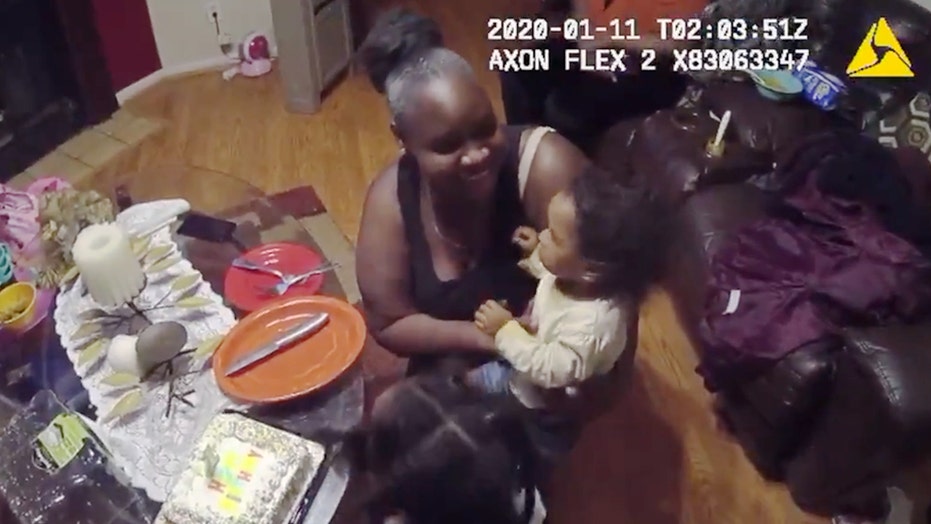 Two police officers from Gwinnett County, Ga., were praised for helping a woman celebrate her daughter's first birthday after a video of the encounter was discovered, during a random audit of the department's body camera footage.

The video was originally captured on Jan. 11 but was tweeted out by the department on Wednesday.

Sgt. Nick Boney and Officer Jimmy Wilson approached a woman who was holding a set of balloons on a cold evening, asking if they could be of assistance.

She said she was trying to get back home and the two men immediately offered her a ride.

"Today's my daughter's birthday, she turned 1," the woman told Boney and Wilson. "And I want to get her a cake."

"During a random audit of police body cam videos, a supervisor found this interaction (Jan. 10) between Sgt. Nick Boney, Ofc. Jimmy Wilson, and a woman whose daughter had just turned one," the tweet read. "The woman was holding a bouquet of balloons trying to get home to her family on a cold night."

In addition to the ride home, Boney gave Wilson his credit card and told him to purchase a cake and one candle.

The woman thanked them and invited the two men to meet her daughter after they asked if they could say hello.

When the arrived, her daughter excitedly ran to the two lawmen and gave them a hug. They then lit the candle, sang happy birthday and moved on to their next call.