Berkeley bans tear gas, police use of pepper spray during demonstrations: The ‘era of militarism is over’

Berkeley bans tear gas, police use of pepper spray during demonstrations: The 'era of militarism is over'close 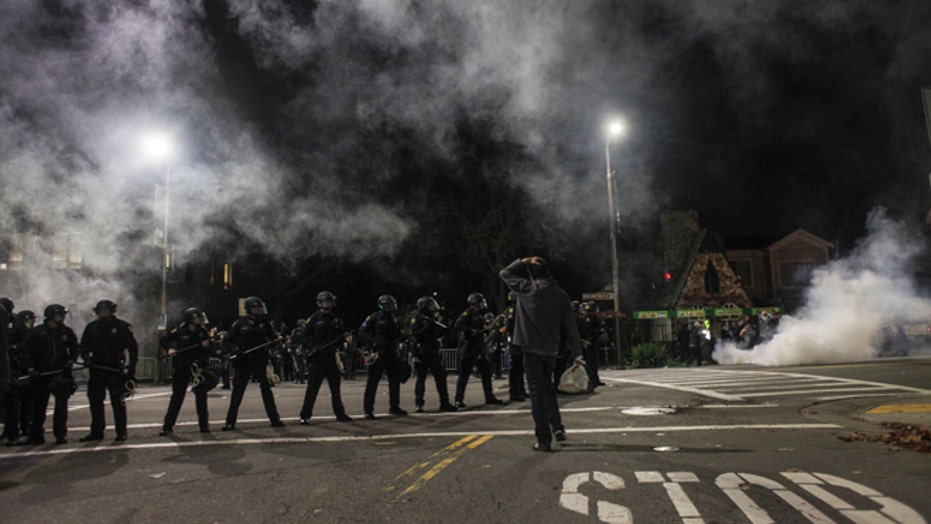 The Berkeley City Council voted unanimously Tuesday night to ban tear gas permanently and stop the police use of pepper spray and smoke during demonstrations that take place amid the COVID-19 pandemic.

The vote came on the heels of hours of public testimony from residents who urged city officials to reconceptualize public safety in both the short term and the long term.

Councilmember Ben Bartlett agreed, announcing that the "era of militarism is over" and "the stakes are our freedom."

The council's decision was made following weeks of nationwide protests against police brutality following the death of 46-year-old George Floyd at the hands of Minneapolis police officers. But, calls for justice for Floyd and others have increasingly evolved into anti-police rhetoric, with protesters demanding the defunding or dismantling of departments.

In response, Berkeley officials put forth several emergency proposals Tuesday, including the creation of an Office of Racial Equity, increased police use-of-force reporting, ending the use of chemical agents during demonstrations, and painting Black Lives Matter in the street — a mirror image of Washington, D.C.'s new Black Lives Matter Plaza. All were approved.

Berkeley's mayor, Jesse Arreguín, voiced his support of the council's decisions on Twitter, writing that "tear gas is banned in warfare and should not be used on our streets or in protests."

It was Councilmember Cheryl Davila who made the decision to ban tear gas outright.

According to Berkeleyside, city staff later admitted that the ban would likely trigger a “meet-and-confer” process with the Berkeley police union to discuss the change and try to come to an agreement.

The police contract dictates what officers can do to defend themselves when their lives are threatened and changes to that contract cannot be done by city officials alone. 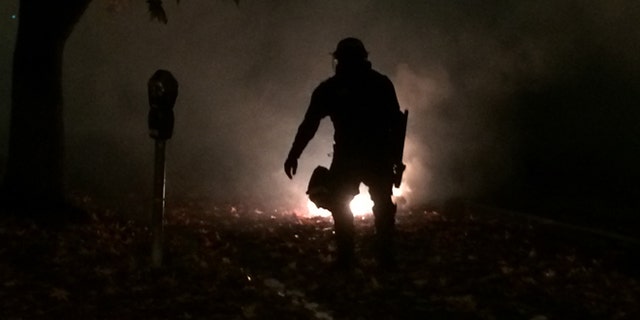 In this photo provided by Tay Nitta, a police officer in riot gear patrols a street in Berkeley, Calif. amid smoke and tear gas after a protest over police killings turned violent, early Sunday, Dec. 7, 2014. Two officers were injured in the protests, with protesters smashing windows and throwing rocks and bricks at police, who responded by firing tear gas, authorities said. (AP Photo/Tay Nitta)

During the deliberation, a council member asked Berkeley Police Chief Andrew Greenwood what “alternative tools” Berkeley police could use under the threat of violent protests.

“Firearms. We can shoot people,” he replied.

“I don’t mean to be callous," Greenwood said. "I’m just saying, if you are being attacked with lethal force, if we don’t have less-lethal that can drive it back, then we’re absent a tool. That’s my concern."

The chief made the case that in a situation where officers are pinned down and have nowhere to retreat, they must have access to non-lethal resources such as smoke, pepper spray and tear gas to create distance between themselves and others attempting to harm them.

However, several calls for Greenwood's resignation accompanied his remarks. Greenwood then apologized to those who were "deeply offended." 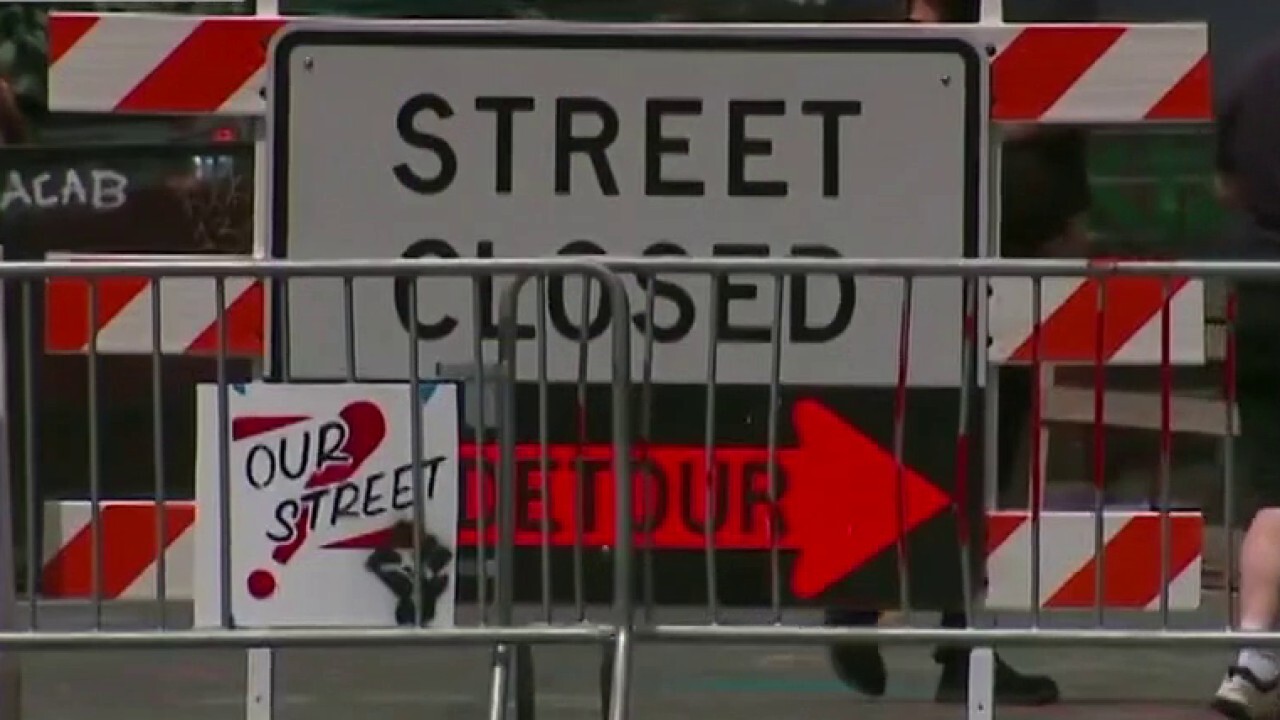 “You know it doesn’t reflect my compassion for service,” he said, tearing up. “I was asked what are the tools you have, I responded as I did. I’m tired, as are my people.”

“I should have said we have nothing else,” Greenwood stated.

There has not been a police-involved shooting in Berkeley since 2012.

In addition to this ban, the Berkeley Police Department (BPD) has also been working with the city’s Police Review Commission to expand its use-of-force reporting, but the effort was delayed after the city’s commission and committee meetings were canceled due to the public health crisis.

In a memo released earlier in the week, Greenwood outlined what his department was already working on including their position on the 8 Can’t Wait reforms, de-escalation, verbal warnings before shootings, and other policies.

That said, members of the public told city officials that BPD's reforms do not go nearly far enough, calling for redirection of funding from the police force toward housing and social services.

“Policing itself is brutality,” one local accused. The city should reduce the police budget by 50 percent and take other immediate steps to fix the problems, he said: “Strong communities make police obsolete.”

Councilwoman Davila asked the city attorney to explain what it would take to disband the Berkeley Police Department.

“We must do all that we can to abolish the police in the way we know they exist right now. We need to step up, be courageous,” Davila asserted. “Black lives really do matter.”

Berkeleyside contributed to this report.

Cleanup in the VPN aisle: Lock in IPVanish for $5 per month for life – CNET

Cleanup in the VPN aisle: Lock in IPVanish for $5 per month for life - CNET