US firefighters returning the favor in Australia

Australia’s state hardest-hit by the massive wildfires that raged for months is now blaze-free for the first time in more than 240 days, officials said.

The news out of New South Wales comes weeks after fire officials there said recent rainfall had helped contain the blazes.

“For the first time since early July 2019, there is currently no active bush or grass fires in #NSW. That’s more than 240 days of fire activity for the state,” the New South Wales Rural Fire Service tweeted Monday.

Hours later, it also tweeted that rain was in the forecast for the state over the next eight days.

"The smiles are slowly getting bigger," they wrote.

For months, firefighters in Australia and from around the world battled wildfires that scorched homes and created mass evacuations in the eastern part of the country.

The fires caused widespread destruction starting toward the end of 2019, which was both the hottest and driest year in Australia’s recorded history, according to the Bureau of Meteorology.

In all, the wildfires killed at least 33 people and destroyed more than 3,000 homes. 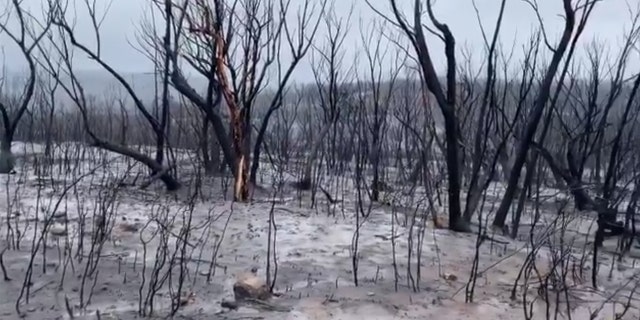 Six firefighters were killed in New South Wales battling the blazes, including three Americans, who died when their C-130 Hercules water tanker plane crashed in January.

Last month, the fire service described the season as “very traumatic, exhausting and anxious” while reporting the blazes had been contained thanks in part to torrential rain, that also brought major flooding, damaging winds and dangerous surf.

“It has taken a lot of work by firefighters, emergency services and communities to get to this point,” they said. 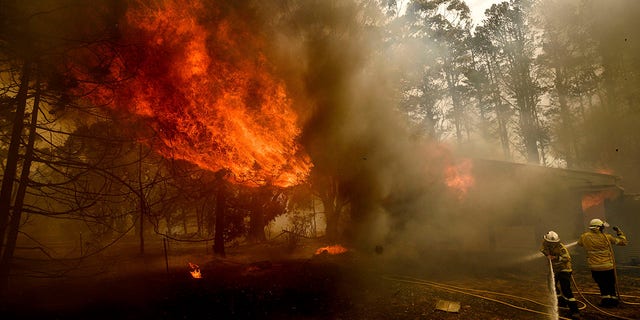 New South Wales, which sits on the east coast of Australia and is home to the city of Sydney, was the worst affected state in the country. There were fires in every Australian state.

The blazes damaged World Heritage Areas, including the Blue Mountains and the Gondwana rainforests in New South Wales and Queensland, officials said.

Last month, the fire service used a donation from Silvercast Media, which owns a 4K HD resolution billboard in New York City's Times Square, to thank the American firefighters in a 70-foot message.

More than 200 U.S. firefighters were sent to Australia to fight bushfires for the first time since 2010. Firefighters from Australia were previously deployed to Northern California in 2018 to help with wildfires there.

Bihar Polls Should Be Fought On Development, Not “Hindu-Muslim”: BJP Ally