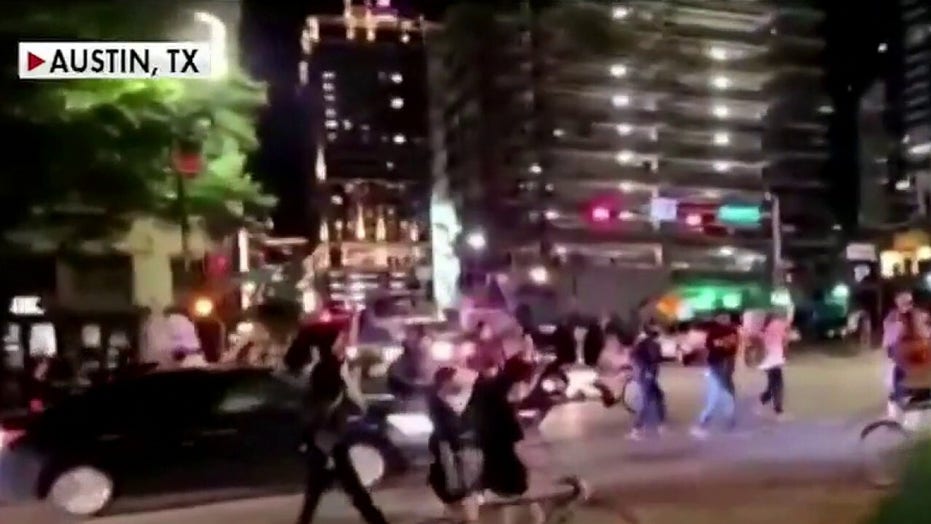 Riots erupt across America amid unrest.

A man who admitted to fatally shooting an armed Black Lives Matter protester in Austin on Saturday night was taken into custody and then released pending further investigation, the Texas city's police chief said.

Chief Brian Manley said detectives assigned to the homicide unit detained the man and interviewed him after he called 911 shortly after the shooting. The man said he had shot someone who approached his vehicle during the demonstration and pointed a weapon at him.

The victim of the shooting was Garrett Foster, 28, and he died of multiple gunshot wounds.

“We are heartbroken over the loss of Mr. Foster last night,” Manley said in a Zoom news conference Sunday night posted on Twitter. “We are actively investigating.” 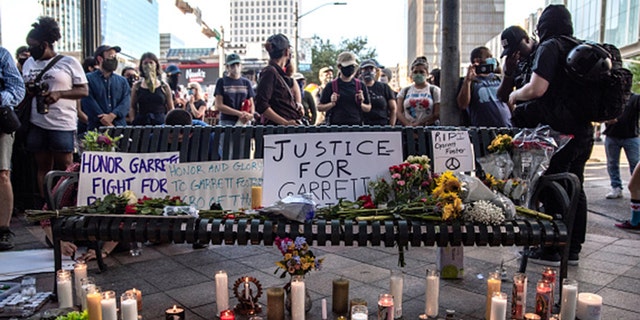 AUSTIN, TX – JULY 26: People gather around a makeshift memorial lined with flowers and candle at a vigil for Garrett Foster on July 26, 2020 in downtown Austin, Texas. Garrett Foster, 28, who was armed and participating in a Black Lives Matter protest, was shot and killed after a chaotic altercation with a motorist who allegedly drove into the crowd. The suspect, who has yet to be identified, was taken into custody. (Photo by Sergio Flores/Getty Images)

TEXAS MAN SAID TO BE ARMED IS SHOT, KILLED AFTER APPROACHING DRIVER AT AUSTIN PROTEST: WITNESSES

The chief said after the vehicle turned into a crowd of protesters, witnesses observed Foster holding an AK-47-type assault rifle and approach the driver's side window as some protesters pounded on the vehicle.

After the gunfire, another person with a gun opened fire on the vehicle as it sped away, Manley said.

He said that person was detained and released after being interviewed by homicide detectives.

The chief said the individual had a concealed carry license, as did the person who shot Foster.

Their guns and Foster’s weapon were seized as evidence, as well as the vehicle, he said.

Officers assigned to the protest responded after they heard the two volleys of gunfire, he said.

The shooting was caught on video and Manley made a public appeal for more video and photographs. The chief wouldn't say why the vehicle turned into the protesters, saying it was part of the investigation.

Foster went to Saturday's protest with his fiancée, Whitney Mitchell, a 28-year-old quadruple amputee who uses a wheelchair, the Dallas Morning News reported.

Her mother told the paper she worried about them attending the protests sparked by the death of George Floyd in police custody.

“I told her not to go. I was afraid something would happen,” Patricia Kirven said. “She said, ‘I don’t feel like I’m doing enough. I want to do more.‘"

“She physically is OK, but mentally she is not," she said, according to the paper. "‘Inconsolable’ is the only word I can think of because she’ll talk for a bit and then break down.”

Sheila Foster told the station her son was a former airman who bought the rifle recently to bring to the protests for safety.

“My son would never, ever point a gun at somebody and risk going to jail or getting shot because he wouldn’t want to leave the love of his life helpless like she is now,” she said.